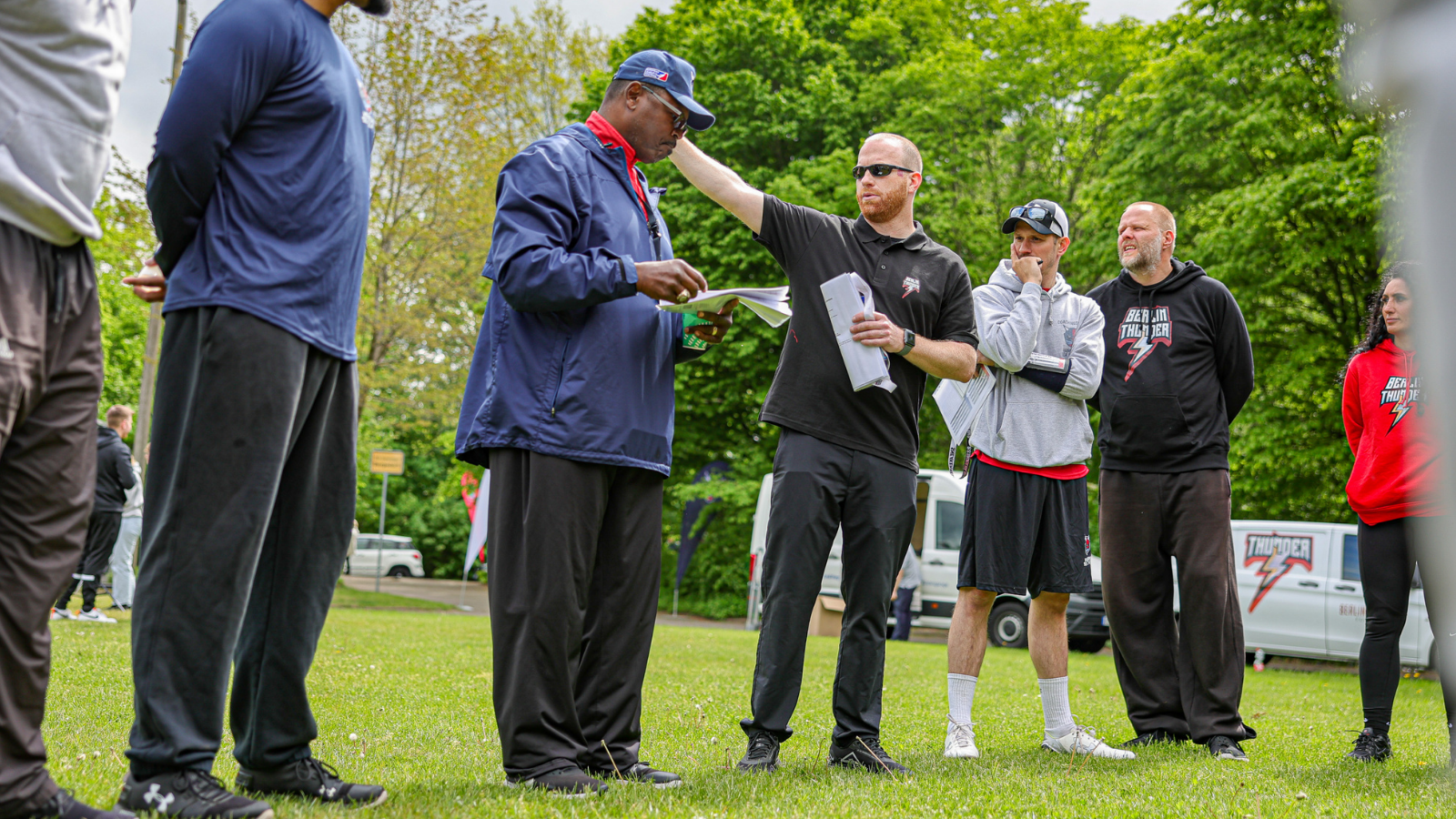 Some players showed off their work in the offseason, others proved once again that they belong on the biggest stage of American football in Europe.

Let’s have a look at five key takeaways of today’s combined practice!

With their offseason additions, the Hamburg Sea Devils got even more power this year than they had last year. Adding Tim Hänni, the Swiss 130 kg defensive tackle to the mix, was one of the best transfers the Sea Devils made over the last offseason.

Even without Evans Yeboah and Kasim Edebali today, the defense balled out. With more than five sacks, three alone by Tim Hänni, Berend Grube and linebacker Brian-Tom Lohse and the entire defense had a stellar day of practice. For opposing teams, the front seven of the Sea Devils will be very hard to get away from.

Talent wise, the Berlin Thunder are built for the future. Playing with Tobias Rodlauer as their left tackle and Albert Wiesigstrauch as their second string running back, the Thunder showed that there is plenty of talent on their roster.

With Rodlauer as their starting tackle, Berlin is more than set to get starting quarterback Joe Germinerio some time in the pocket.

Having Glen Toonga and Gerald Ameln as your running backs is a big luxury for the Sea Devils. Having someone like Simon Homadi waiting for his breakout year is more than that.

The 20-year-old Hamburg native balled out the combined practice today. He took his chance and scored a touchdown while bouncing to the outside. Next to Wiesigstrauch, we could see another rising star in Homadi this year.

With both teams playing each other in week one on June 5th, the Sea Devils and the Thunder did not fully open their playbook, yet. Stanley Zeregbe and Kyle Kitchens subbed out every now and then, not standing on the field at the same time.

Sea Devils wide receiver duo Jéan Constant and Lamar Jordan did the same. It will be interesting to see when both teams show everything they have at once!

The level of play was different than last year and everything Europe has seen in a while. High in every matter.

Both teams showed great skill but also great discipline and professionalism. Charles Jones, Head Coach of the Hamburg Sea Devils, summarized it perfectly: “This was the first win for the league. They competed on a professional way. It was a success. Both teams did the things they had to do to get better: Absolutely. It was as basic as it possibly could be, but it's about playing good football with technique.”

More news around the league HERE!