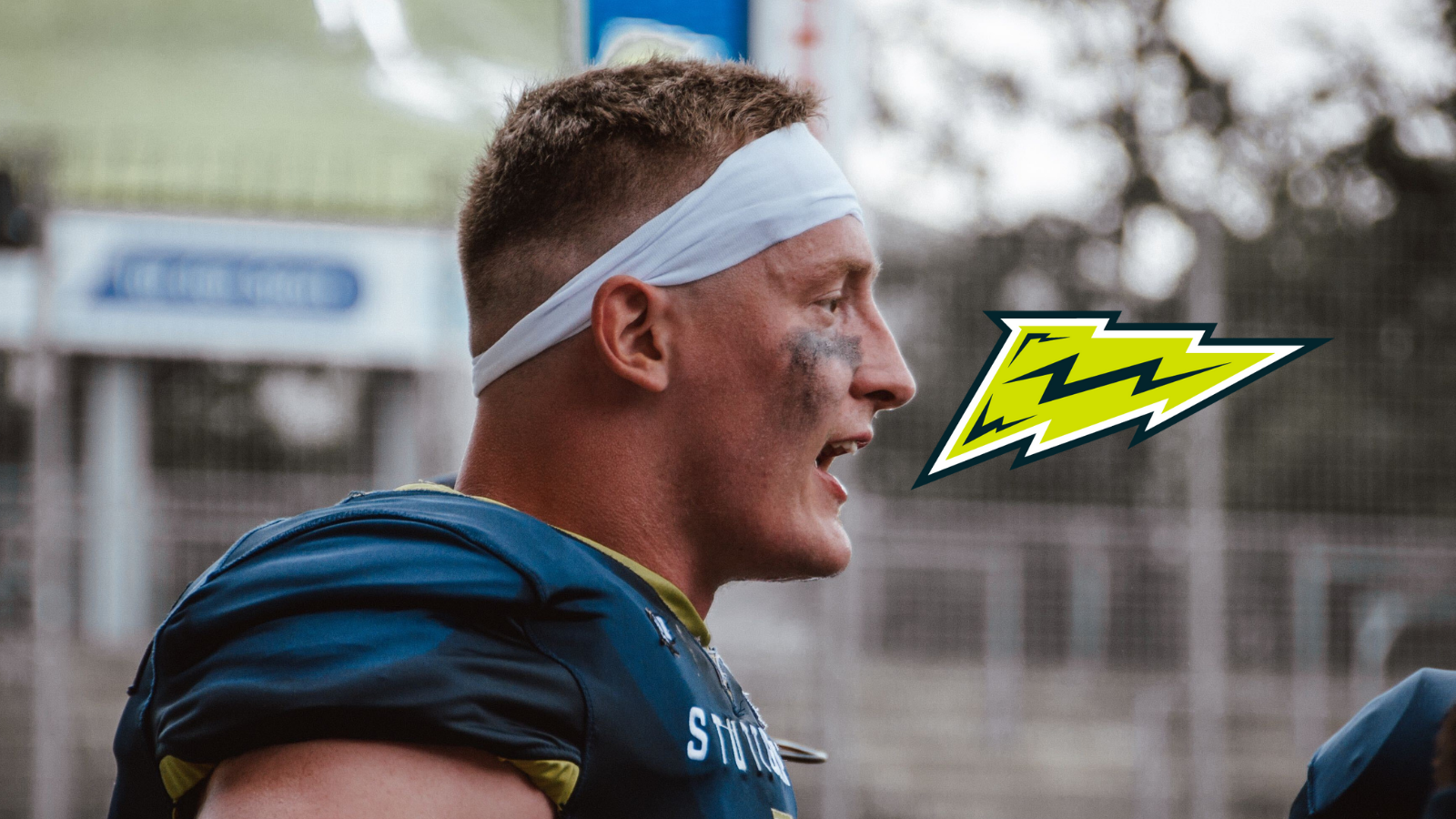 David Meza is back in Stuttgart. ©zwenjazwenja

After the signing of defensive back Benjamin Barnes just five days ago, David Meza is the second player being announced for the 2022 season. Meza was the only US-import tight end in the European League of Football and as impressive in the passing game as he was blocking.

On the first gameday, Meza attracted attention for the first time. In the 21-17 win over the Barcelona Dragons, he stopped the Dragons' last drive on defense - with a sack against Barcelona quarterback Zach Edwards.

"The 6-foot-5 model athlete impressed not only with his sure hands, but also with his commitment and great fighting spirit." - per Stuttgart Surge.

The two subsequent games against Frankfurt Galaxy and Berlin Thunder were lost, but Meza was again the decisive man in the win against the Leipzig Kings in week 4. His hurdle secured the win.

"He is one of the best in the league"

"It's an absolute privilege to be able to come back for the 2022 season. The fact that Coach Hanselmann sees me as an important pillar for the future means a lot to me. In addition, the fans in Stuttgart deserve a great team and I will do everything possible to make sure we become one," he explains.

‍
"I am very happy about the re-signing of David. David is a very big support for our team. Humanly, he is excellently integrated into the team and as a leader he is very important. As a football player, I think he is one of the best in the league and we are already looking forward to working with him again," is Surge Head Coach Martin Hanselmann being quoted in the official press release.