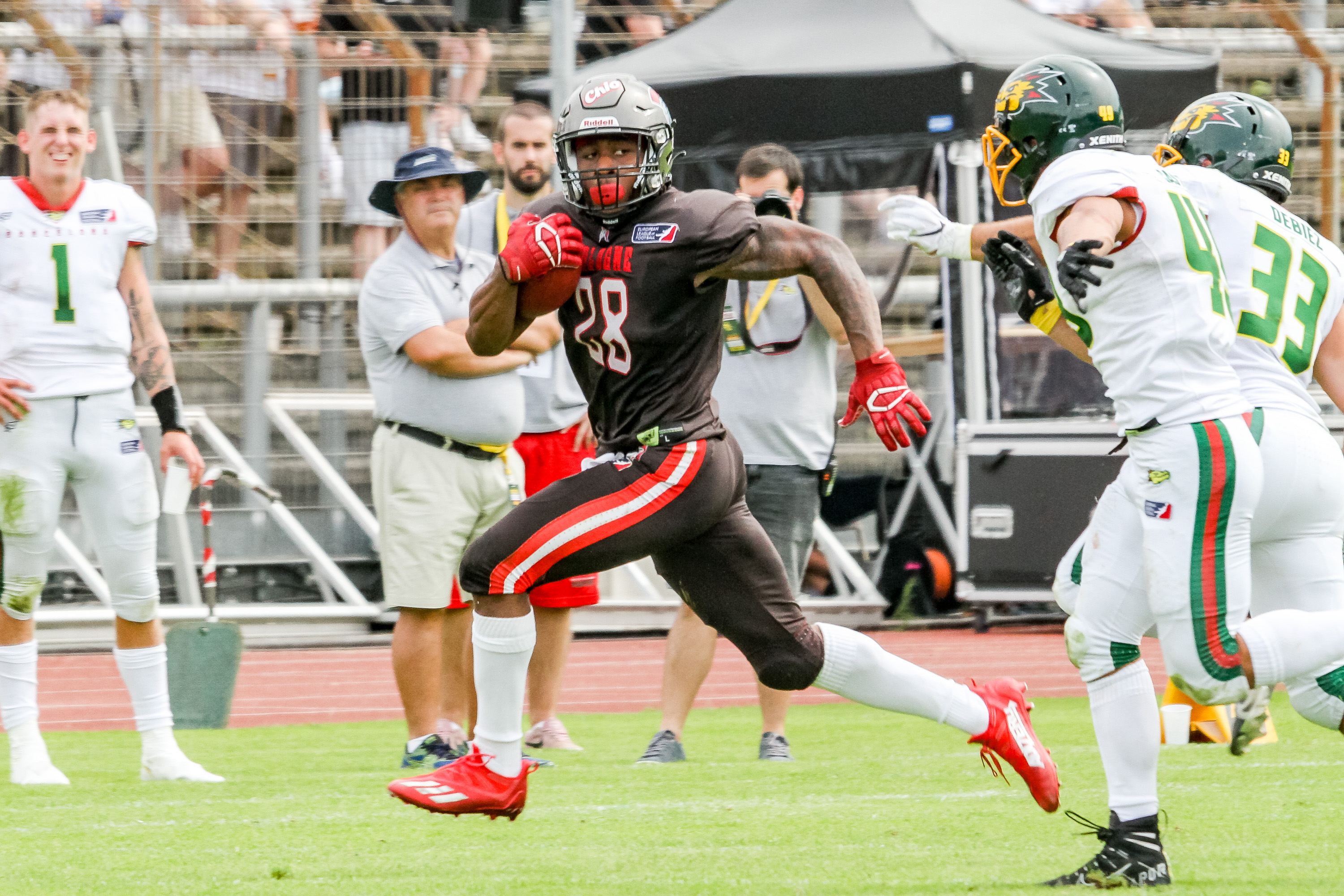 After the win against the Barcelona Dragons the team of Head Coach Kirk Heidelberg is facing the Leipzig Kings. General Manager David Drane knows it might be a first dicision regarding the playoffs.

Perhaps it's a little early to talk about the playoffs in the third game week of the European League of Football. Nevertheless, Centurions‘ GM David Drane regards every game as a prematurely decision in terms of advancing to the top four. "In this league, all the teams are very similar in terms of strength. Even though some results seem clear; they are always close games and therefore every game is crucial and every win is important," Drane said.

That's why a win against the Kings from Leipzig is mandatory. The GM, who is also involved in the Centurions' fortunes as QB and WR coach, hopes his team can carry the momentum from the won home game. But he is also aware of the power of the Leipzig team led by their HC Fred Armstrong. "Leipzig has an explosive offense that can score at any time. We have to get a grip on this dangerous attack and control the game with our own offense".

Running back Madre London, the MVP of the second game day, can contribute to that. London has rushed for a total of 621 yards and seven touchdowns in his first two games for the Centurions from Cologne. He accomplished this incredible performance on just 45 runs, averaging 13.7 yards per run. Drane hopes London will be as effective again in the game against the Kings from Leipzig, but is convinced that Cologne's passing game also played its part in the success. "We are not a one-man show. Our opponents don't have to deal with just one player, they have to deal with all of us. You don't just have to stop Madre London, you have to stop all the Centurions".

We will see which team manages to stop the other at the Alfred Kunze Sports Park in Leipzig starting at 3 pm.  Although cross-comparisons are often difficult to make, they can help to predict the outcome of this match. Both teams have already played against the Panthers from Wroclaw. Both the team from the cathedral city and the team from the city of the Battle of Nations monument lost to the very well-coordinated team from Poland. The two final results are also pretty similar. Cologne lost with 30-55 and Leipzig with 28-54. Both teams had problems in the pass defense but were also able to provide highlights again and again with actions worth seeing. There is no way to say who will be the favorites in this matchup, but there is no question that it will be an exciting game. As Centurions GM David Drane puts it, "Every team wants to make the playoffs - and every game counts".