Sullivan: “We’re going to enjoy this one, it was a hard-fought win” 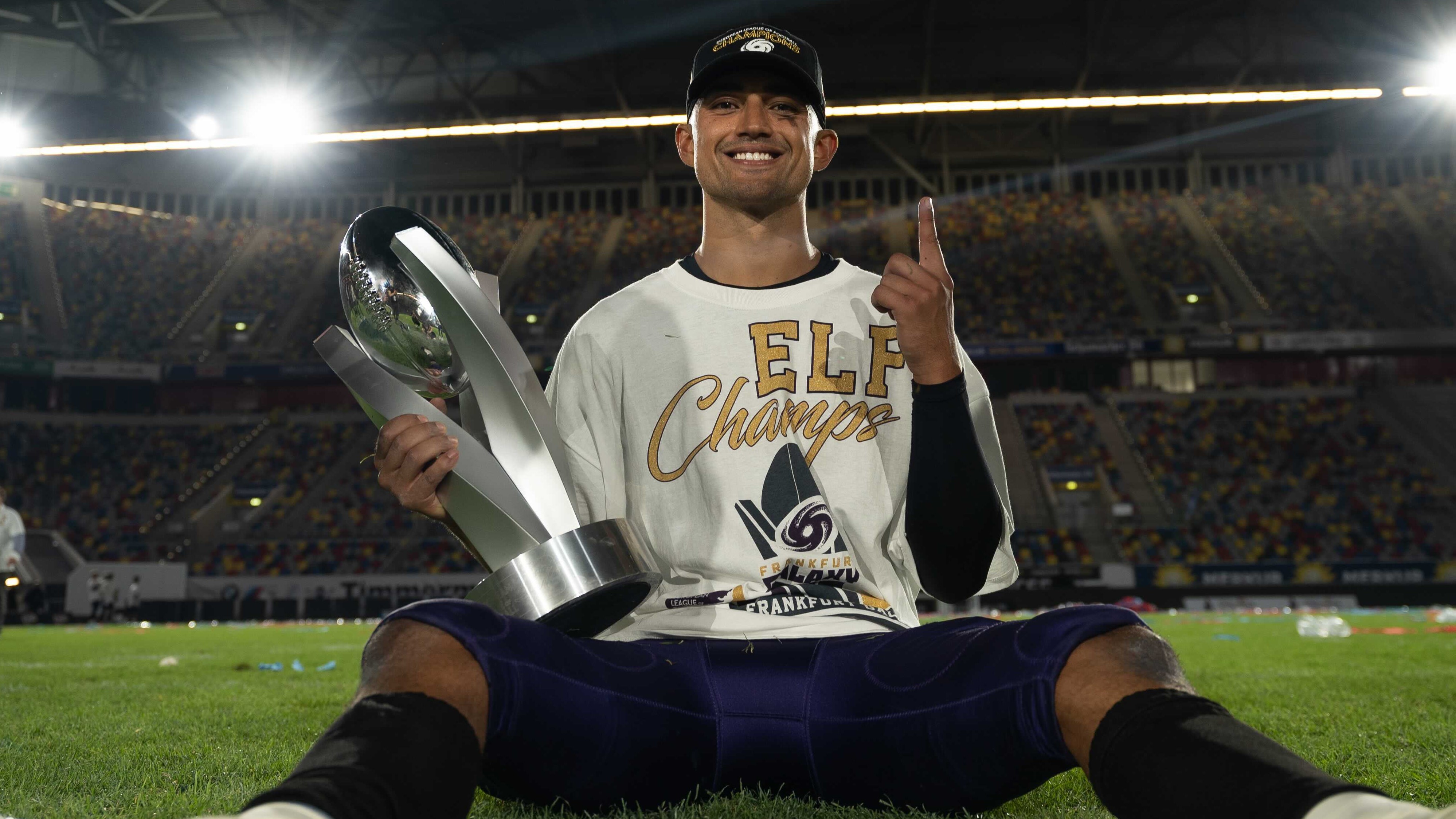 Galaxy QB Sullivan sitting on the field with the trophy in his hands. ©Philipp Dollst

No matter if it was about moving the chains on long third downs, scoring through the air, scoring on the ground, or delivering strikes to his receivers, Sullivan did it all to lead his team to a 32-30 victory over the Sea Devils. With 324 passing yards, four passing touchdowns and no interceptions, Sullivan almost had a flawless performance. In addition, Sullivan ran for 38 yards on seven runs while scoring a rushing touchdown that put the Galaxy on top at the end of the game.

Sullivan talked about his perspective on the game at the press conference: “Hats off to Hamburg [Sea Devils]. This game could have gone either way. And, you know, I’m just really proud of our guys”.

Despite trailing the Sea Devils by ten points at the beginning of the second quarter, the Galaxy found a way to put points on the scoreboard and come back into the game: “You know, we fought the whole game cause they punched us in the mouth. But we have found a way to come back, we haven’t been punched in the mouth like that all season. We found ourselves in an unfamiliar place, so we had to make a change. And we did. But we knew deep down that we were capable, fully capable […]”, Sullivan explained at the press conference after the game was over.

Now, the Galaxy players, coaches, their staff, and the fans only have one thing to do: celebrating the first ever European League of Football Championship.

During the press conference, Sullivan pointed out that his team is going to enjoy the victory: “[…] I wouldn’t trade it for anything. It was a great game, a great experience. And hats off to Hamburg [Sea Devils]. We’re going to enjoy this one, it was a hard-fought win”.