The Berlin Thunder secure the best defensive lineman in the European League of Football for the 2023 season. 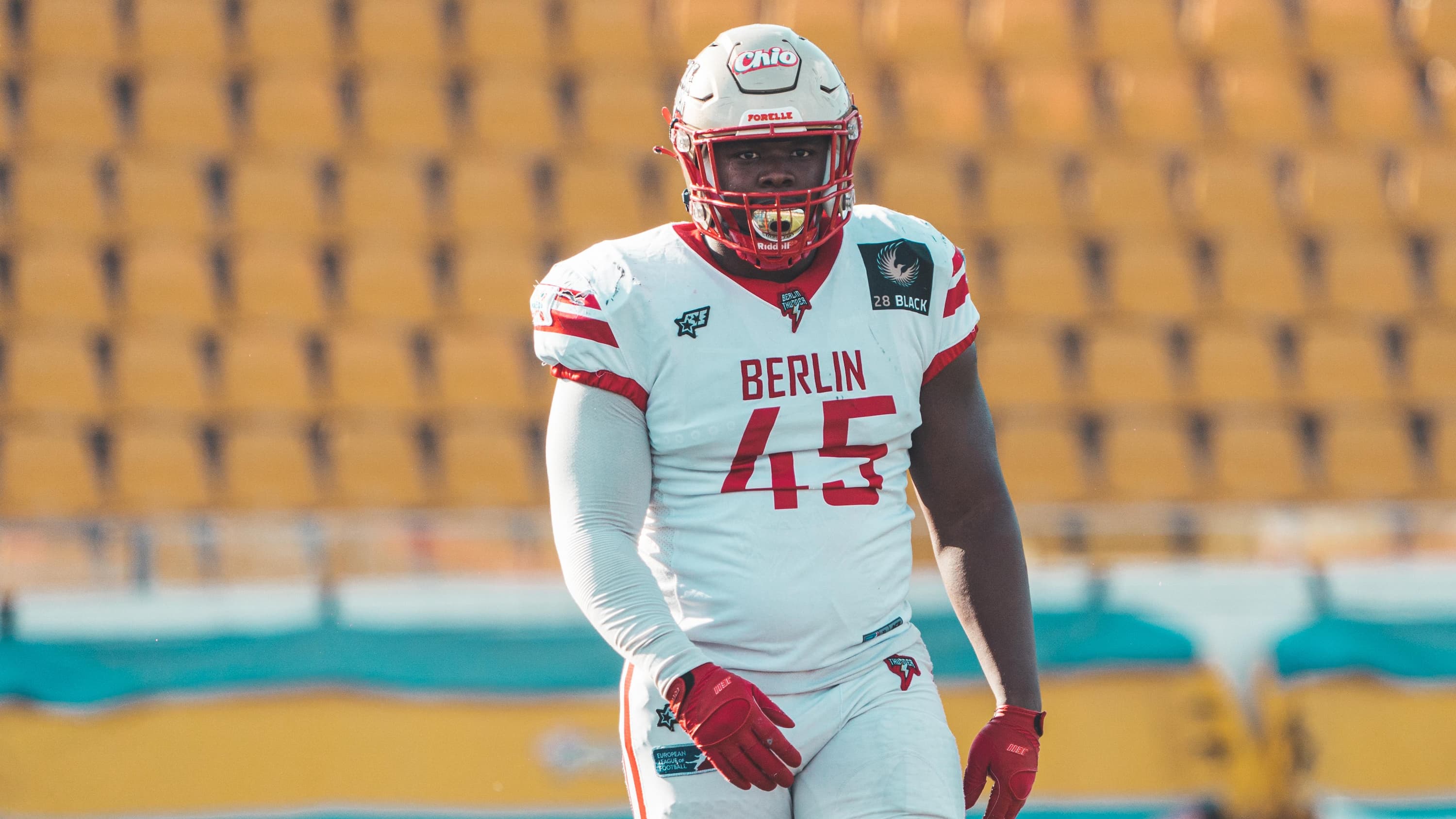 After winning the Defensive Player of the Year award for a second time in a row, American pass rusher Kyle Kitchens has re-signed with the Berlin Thunder for the 2023 season.

In 2022, the defensive end recorded the most sacks (16) and the most tackles for loss (33.5) in the European League of Football. Those stats amongst other accomplishments on the field put him in position to win the Defensive Player of the Year award for a second-straight year.

So, we will see the most dangerous pass rusher in the entire league back in white and red for another season.