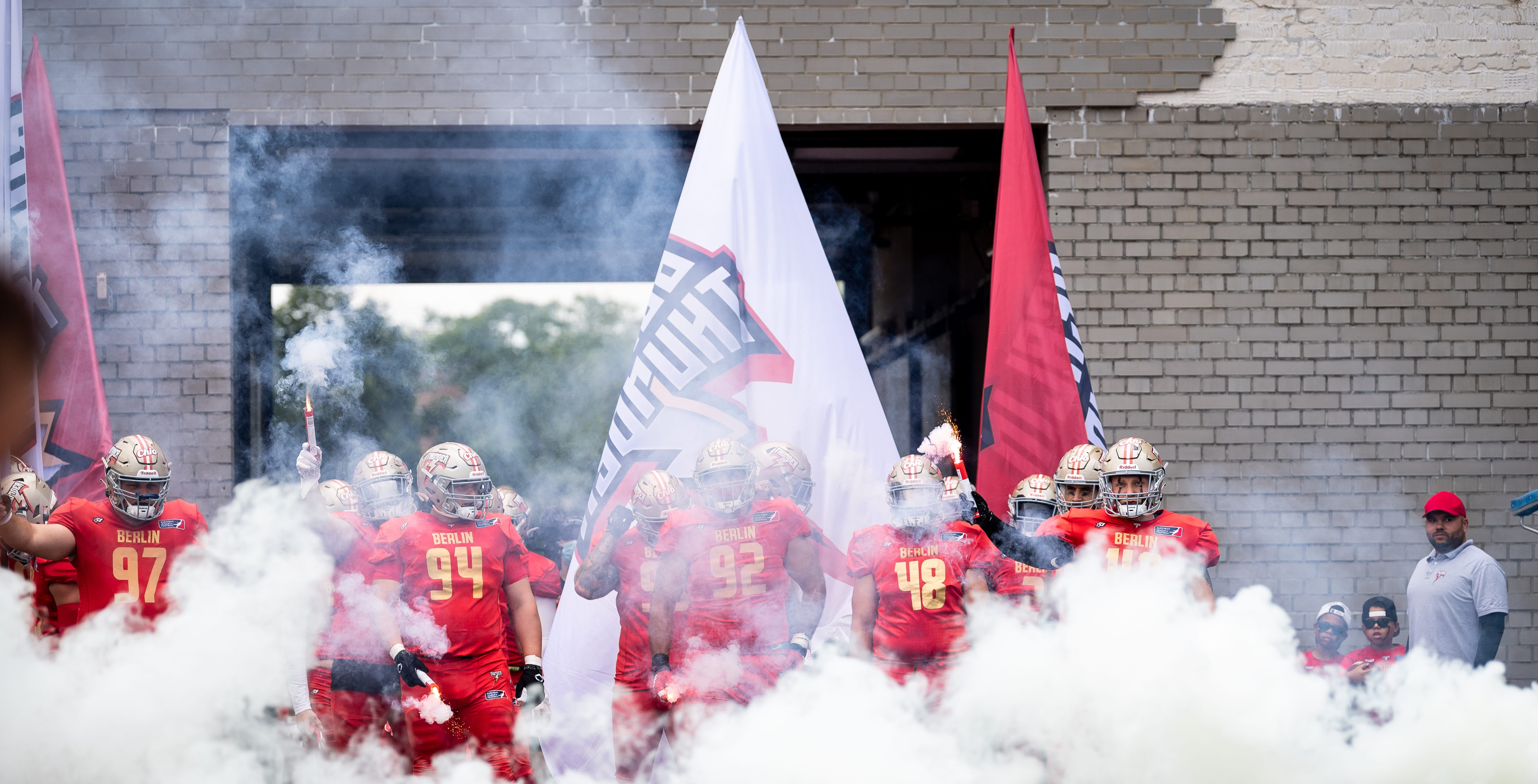 Johnny Schmuck takes over as the new Headcoach! ©Eric Muehle

The Berlin Thunder just announced that Johnny Schmuck will be their Head Coach for the 2022 season in the European League of Football. When Jag Bal was released and Heiko von Glahn parted ways with the Berlin Thunder, the Berlin Thunder seemingly had a plan in their mind. With Björn Werner, the former first-round NFL draft pick took over the Co-Owner role as well as the role of the Sports Director and immediately got to work.

"Coach Johnny was the first name on my list once I decided to be involved with the Berlin Thunder. He has been around for a long time here in Berlin as a player and coach. He is a true BERLINER! We needed a leader that will hold himself, his coaches and his players accountable and knows how to score a lot of points. I know for a fact that Johnny Schmuck will bring this football team to the next level, and will have my back while doing so," Werner commented according to the Thunder press release.

What Thunder brings and looses...

Schmuck also commented on him joining the Berlin Thunder as their new Head Coach: "I’m extremely grateful and excited to get the opportunity to coach the Berlin Thunder in the European League of Football. The new additions clearly show it’s the most competitive league in Europe and as a true competitor you want to be a part of something like that. I’m thankful for the trust the organization and especially Björn [Werner] have been giving me and will do everything I can to make sure we will compete for the championship.“