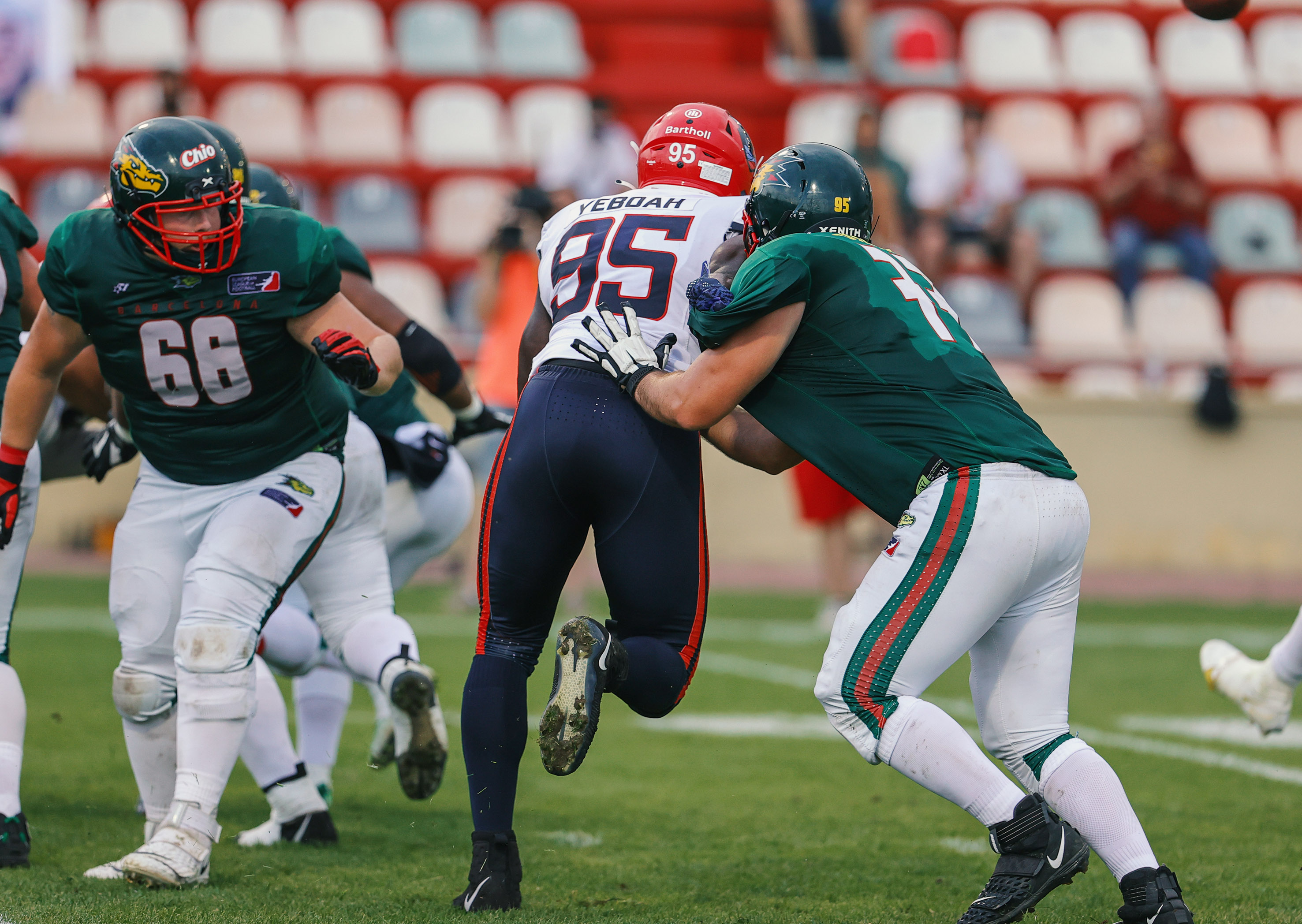 The Barcelona Dragons and Offensive Line Coach Ron Smeltzer parted ways after just three games with the team. The Spanish franchise wishes Schmeltzer well and thanks him for what he has done for the team in their press release: “From the franchise we thank him his dedication and work throughout these weeks and we wish him all the best for his future“.

A reason was not named but it could have been the fact that quarterback Zach Edwards – who had great games on a weekly basis – did not have enough time to let plays develop. Allowing 14 sacks in three games and less than 90 yards rushing each week – and a negative 17 rushing yards against the Sea Devils in their last game – the Barcelona Dragons had to make a change. With Jan Raus, Møller-Hansen, Rudnicki and other talented Offensive Linemen, there are enough good players to build a solid offensive line with. The Dragons could make this change just as early to turn around the season as they started with a 0-3 record. With only three games played, there are seven games left to step it up. But the Galaxy, Surge and Centurions are also great teams in the southern conference of the European League of Football. Will they get it fixed in time?