After losing big time pass catchers in the offseason and adding NCAA and CFL experience, the Dragons will start the season with an almost completely new receiving corps. 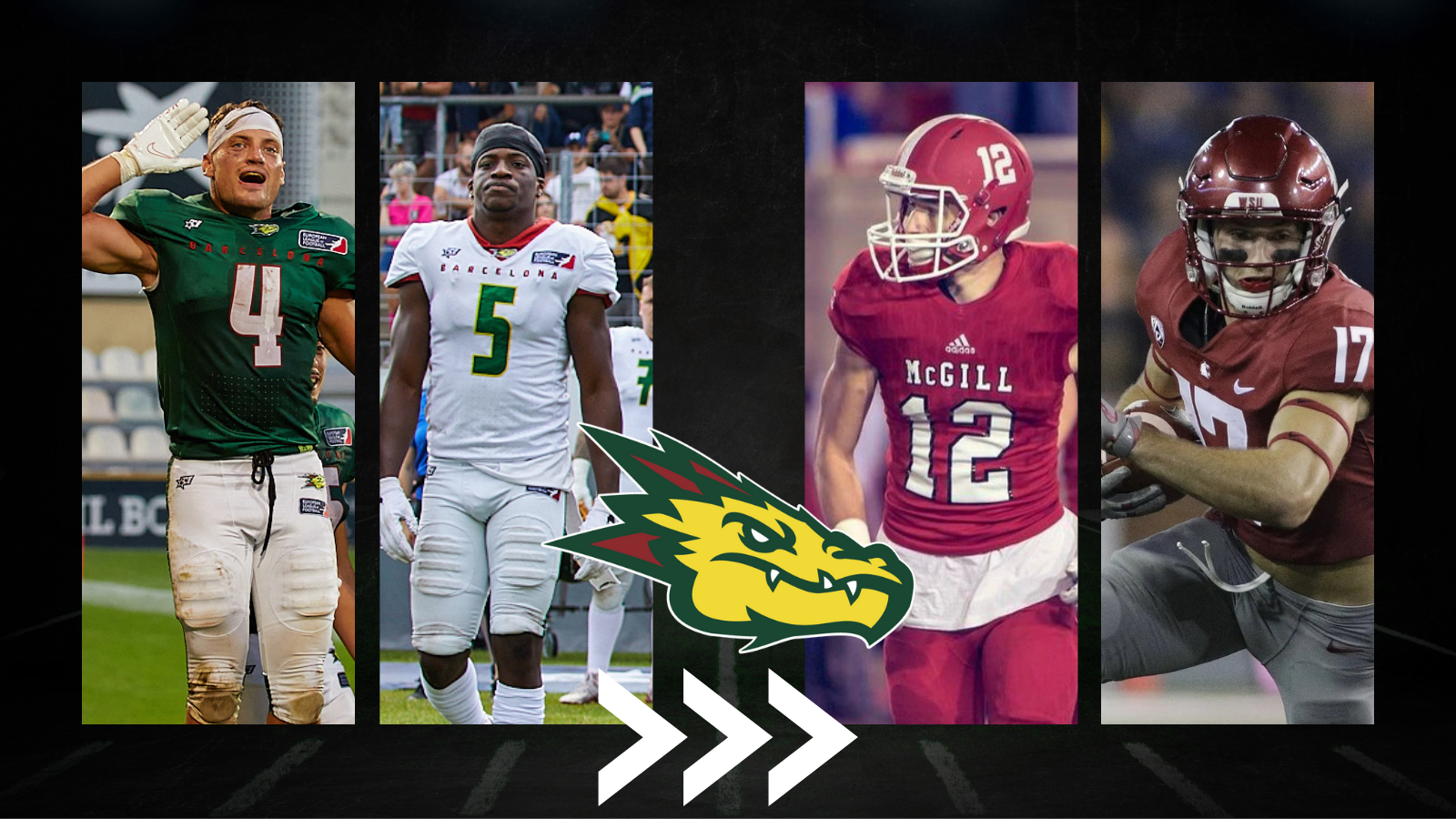 The Barcelona Dragons depended heavily on their passing attack last year. With only 205 rushing attempts for a mere 548 yards and 5 touchdowns and an average of 2.7 yards per carry, the Spanish team ranked dead last in every major category. But with wideouts like Jean Constant and Rémi Bertellin they featured top-level targets for their quarterback Zach Edwards.

Rémi Bertellin who ranked 3rd in receiving yards per game managed to putup 750 yards and 7 touchdowns, while Jean Constant played an even more impressive season. He was the only receiver in the league to record over 1000 yards. Furthermore, the Haitian caught 8 touchdowns and his 103.8 receiving yards per game led the league by a mile. Additionally, to playing receiver, Constant also ranked first in kick return yards and second in punt return yards. Unsurprisingly, he and Bertellin both made the All-Star team, while Constant even was a nominee for offensive player of the year.

But after Bertellin decided to play the 2022 season in his native country France, and Constant signed with the Hamburg Sea Devils, the Dragons were confronted with a glaring hole at the wide receiver position.

Replacing one Frenchman with another, Benjamin Plu signed a contract with the Barcelona Dragons. Standing at 1,90m in height and weighing in at 90 kg, the experienced receiver brings a lot to the table. Besides being a red zone threat due to his height, Plu convinces with his exceptional athleticism. In 2019, he got drafted to the CFL’s BC Lions and after that played in Finland in 2021 before making the move to the European League of Football now.

But replacing probably the best receiver of last season is a much harder task. To compensate this massive loss, the Dragons signed former Washington State wide receiver Kyle Sweet to be their go-to guy. In his four seasons he played in 50 games for the cougars, catching 139 passes for 1454 yards and 5 touchdowns. After playing a good 2018 season with Gardner Minshew at QB and Mike Leach as his head coach, the Pac-12 wideout drew interest from some NFL teams. He attended the Los Angeles Rams training camp but did not get signed by the team.

Being as fast and shifty as he is Sweet will have a significant impact from the slot, while also having the ability to return kicks and punts like he did his senior season at WSU, although his return skills are not as refined as Constants’.  Sweet is not lacking talent nor experience on a high level of football but expectations for him are sky-high and there are big shoes for him to fill.

The skill sets of Sweet and Plu are different from their predecessors’, which gives the Dragons coach Andrew Weidinger new options but also raises the question, whether they will be able to replicate the numbers Constant and Bertellin put up in 2021.

Dragons fans can get a first glimpse at their new pass catching duo today, when all imports are officially allowed to participate in practice.