The Training Camp 2022 of the Barcelona Dragons European League of Football franchise has concluded at the facilities of the Estadi Municipal de Reus last sunday. 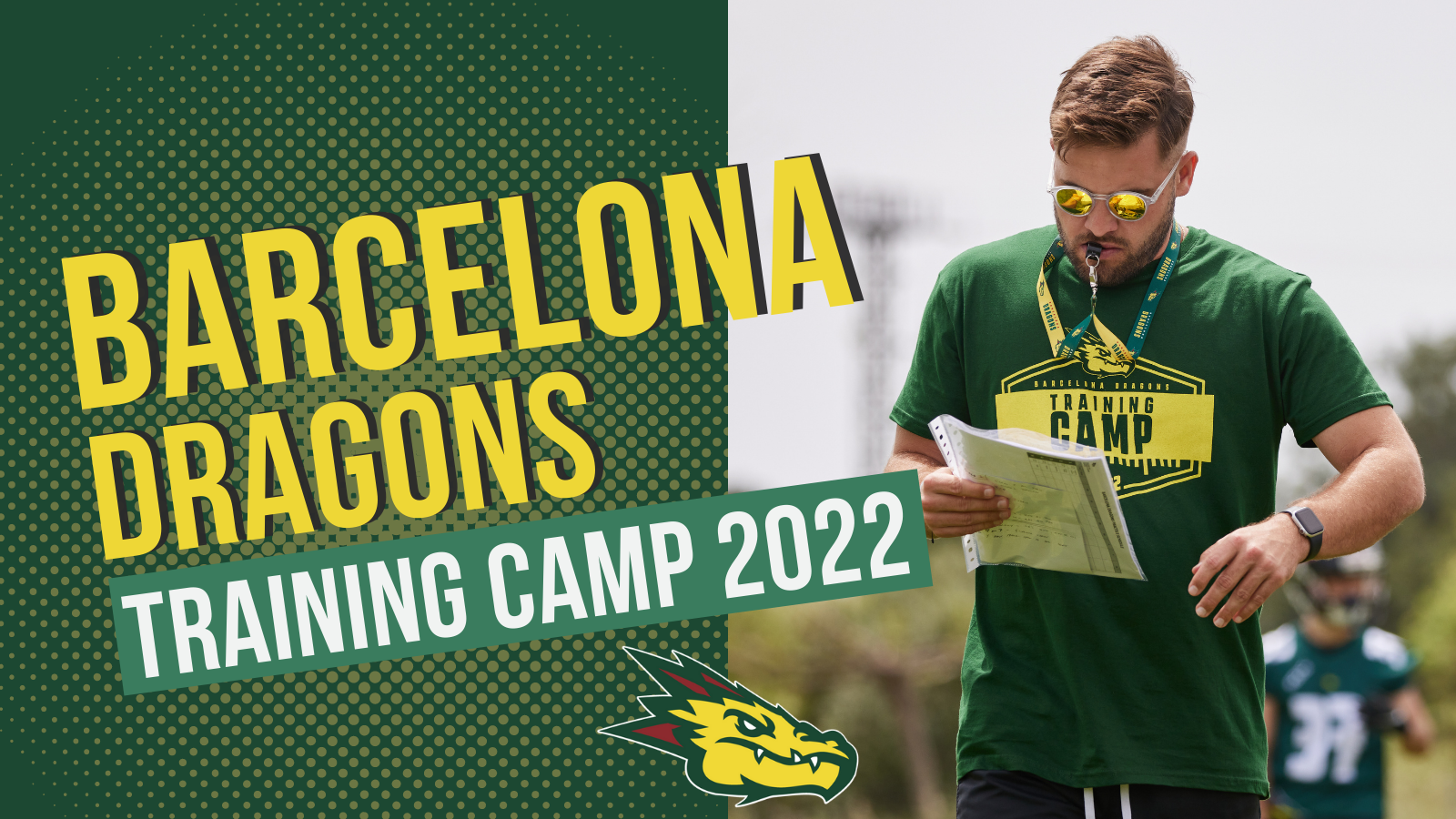 The Barcelona Dragons finished their last training camp before the final cut of their roster. This put an end to four days of heavy workloads for all athletes joining the camp in sunny Reus. A total of 67 players, without US-Imports Zach Edwards, Kyle Sweet, Max Nacewicz, Shawn Wilson, attended the camp from Thursday to Sunday. All US-Imports will likely arrive in the upcoming days.

Whole team together next week

Per Dragons’ press release, in the next week the corresponding cuts of players who will not finally be in the squad that will compete in this new season will be made.
Bart Iaccarino, General Manager of the Barcelona Dragons was quoted in the release: “It has been four days of an impressive workload. I am proud of all the players, staff and members of the organization for having made it possible during these four days. I have seen a significant change compared to last year. Both the players who were there last year and I can attest it. Not having been able to count on the Americans has not been a setback. Of course, we would have liked and we wanted them to be there, but the documentation procedures sometimes go as they go. They will come over the next few days and we will be able to work side by side, all together. Now we have to make the final decisions to finish making the final template. This is our next step.”

‍
While Zachary Edwards was not with the Dragons, three quarterbacks were competing to get a popular spot on the roster. Álex Pacheco, Diego Lliteras and Sergio Barbero were the final three quarterbacks in the camp, while Barbero was part of the inaugural season roster of the Dragons last year. With two European tight ends in Henry Rowland (UK) and Igor Mašlanka, the competition on almost every position was high enough to seek out the best talent they could get.

Andrew Weidinger, Head Coach of the Barcelona Dragons had the following to say: “We’re all very excited about the progress we’ve made on both sides of the ball in the Training Camp. We obviously had a unique situation with the whole lot of us unable to make it to Spain and our players and coaches handled it very well. We were a little bit at the mercy of the quality of our internet connections but we have been able to hold all of our meeting over Zoom and could review all the practice session together. On offense we made great progress from day one to day four, it’s always hard to consistently execute on offense, at every football level, and I feel like we really started to hit our stride just as the Camp was closing. Our defense looked like they’d been in this new system for years and came out of the blocks firing on all cylinders. They started very strong and finished even stronger”.

‍
Patrick Wennin, Assistant Head Coach, Special Teams Coordinator and running back Coach of the Barcelona Dragons: “The Training Camp has been great. It has been great to see the competition and the intensity throughout the four days. We have worked hard during very hot days and we have taken steps forward to keep growing. We have work ahead of us, so there’s no time to relax. We will continue to work hard to continue with this positive evolution that we have had during these days”.

‍
As the running backs coach, Wennin knows his players, worked with Jiménez, Montón, Rodríguez and Castañón last season. Finding room to run and support Zach Edwards might be the goal to success this season.