Former Barcelona Dragons wide receiver and 2021 receiving leader signs with the Hamburg Sea Devils and stays in the European League of Football. 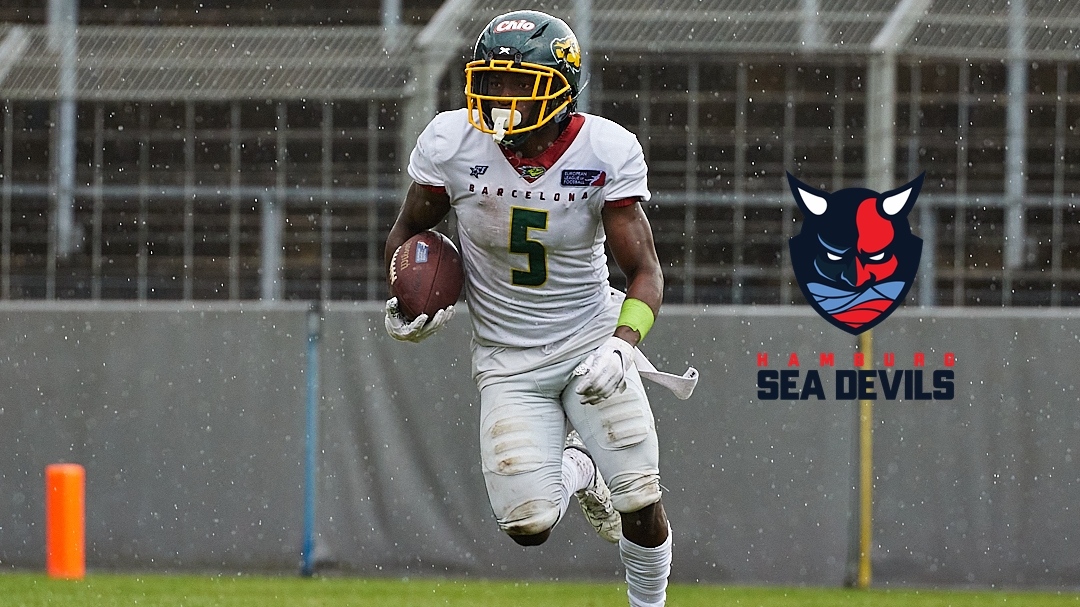 The Hamburg Sea Devils announced that 2021 receiving leader Jéan Constant officially signed with the German franchise for the 2022 season.

“I expect us to be back in the running for a championship but with different results next season”, Constant explained. After signing former Division I athlete and former NFL wide receiver Lamar Jordan II to the team, the Sea Devils are now stacked at wide receiver for the 2022 season with the addition of Constant.

Being part of a winning program

Hamburg is poised to put a lot of points on the board next season with Kirk Heidelberg orchestrating the offense with weapons like Jordan II, Constant, and Glen Toonga.

With two American wide receivers signed by the Sea Devils, it is possible that the German franchise will roll with German quarterback Salieu Ceesay in 2022.

Moving in the right direction

In our conversation, Constant also touched upon his opinion of the league its decision to add four more teams in 2022: “[It] feels great. This league is moving in the right direction, added a few more teams. Excited to see how things turns out”.

Constant also noted that “Hamburg Sea Devils vs. Barcelona Dragons will be must watch TV”. He added: “[…] Fans will be on their feet for most of the game, we have some great players”.