The games of week 5 are starting today! After a tough matchup against Barcelona last week, Rhein Fire is set to play the Hamburg Sea Devils on Sunday. Can they bounce back, or will they fall to 3-2? Let’s take a closer look on all games this weekend! 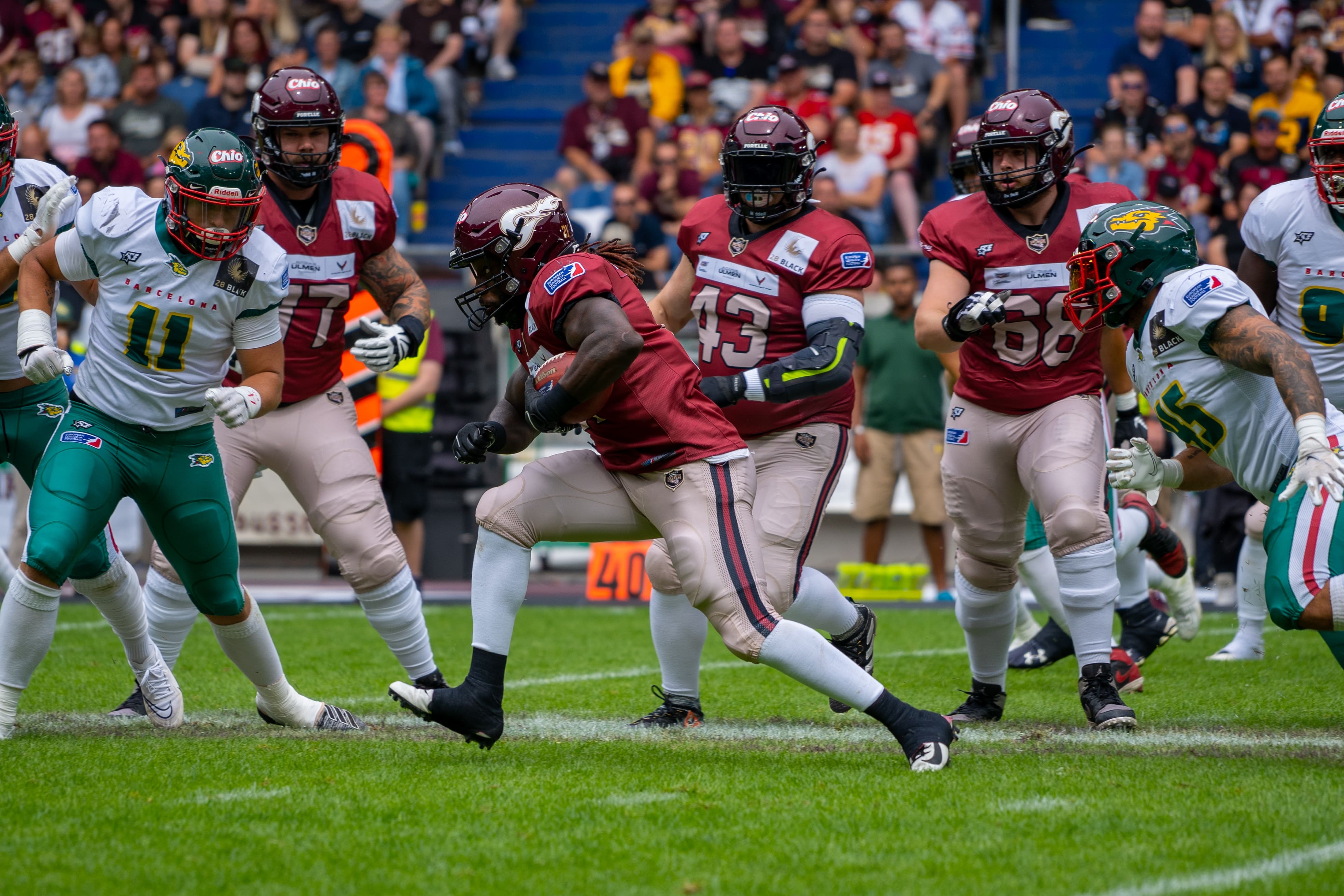 After starting the season out strong, the Cologne Centurions lost both of their last two games, now sitting at 2-2. The Berlin Thunder had two disappointing losses in a row, as well. To end their losing streak, Berin must stop beating themselves. Against the Kings, 16 of the 19 points Leipzig scored came after Thunder turnovers. The Centurions, on the other hand, need their defense to step up. Allowing at least 34 points in every game this season so far, will get them in trouble against strong defenses down the road.

The winless Istanbul Rams will travel to Barcelona to face an undefeated team for the third week in a row. After the departure of head coach and general manager Val Gunn, new head coach Matt Lawson is tasked with securing a first win for the new franchise. An extremely hard task against a Dragons team that just won against Rhein Fire. Can the Rams upset the Dragons? Find out at 6pm CEST on Saturday.

The most exciting game of Week 5 will take place at Stadion Hoheluft in Hamburg. The Sea Devils will face of against Jim Tomsula’s Rhein Fire. After losing a nail-biter against Barcelona last week, the Fire are eager to bounce back against the home team, that just came of the first overtime game in the history of the European League of Football. With both having top three running backs and a run heavy scheme, the performance of the defensive lines will be a key to win this game.

Coming off a hard-fought loss to the Sea Devils, the next tough game is waiting for the Panthers. They will take on the undefeated Vienna Vikings at Generali Arena in Vienna. Despite losing standout wide receiver Weston Carr just before the season, and homegrown talent Florian Bierbaumer in Week 3, the Vikings offense seems to be unbothered, with players like Jordan Bouah stepping up to take an even bigger role. But can the Vikings stop the connection between Malik Stanley and new Wroclaw quarterback Slade Jarman? We will find out this Sunday.

After unexpectedly starting the season 0-2, the reigning champions and the Austrian powerhouse picked up the pace after Week 2, winning two games in a row. Now standing at .500, both teams desperately need a win in this conference matchup to close the distance to the Vikings. With both quarterbacks finding their rhythm, prepare for a thrilling matchup that will go close to the wire.

The Surge and the Kings probably expected their seasons to go different. With being last in their conference and completely out of the playoff picture at the moment, both teams must get going before it is too late. New Surge quarterback Dante Vandeven will have a tough welcome to the league, facing the arguably best front seven and a great defensive backfield. But if the Kings step up on offense and shut down the opposing run game, they will have a great chance to pick up their second consecutive win and might be able to turn their season around.