The Austrian nickelback is coming back for another season with the Vikings. 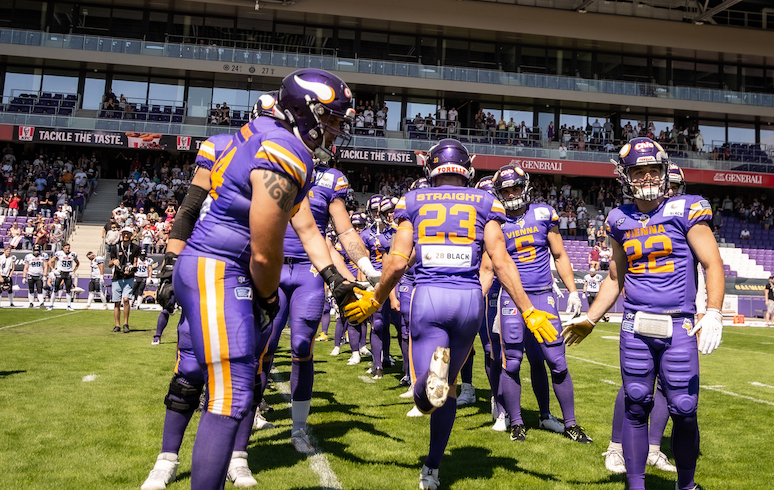 The Vienna Vikings bring back another defensive key-piece! All-Star defensive back Benjamin Straight will return to the Austrian powerhouse.

Austrian national team player born in the US

Benjamin Straight was one of the best homegrown players in the European League of Football last season. The 23-year-old was born in Pittsburgh, before moving to Austria with his parents at the age of two. Europe’s best nickelback started playing football in 2014 and was part of the Austrian youth national team that won the European Championship in 2017, before joining the Vienna Vikings in the Austrian Football League in 2018.

It did not take long for Straight to catch on and he became a starter in Chris Calaycay’s defense at the age of 20 already, playing with AFL stars like team captain Luis Horvath.

In his first season in the European League of Football, the national team player had the best start to the season out of all defensive backs in the league, scoring two pick-six’s in the first two games of the 2022 season. He ended the season with 51 total tackles, seven tackles for loss, three picks and multiple pass breakups, earning him a second-team All-Star selection, before ultimately winning the Championship Game in Klagenfurt.

Vienna Vikings Chris Calaycay is happy to have his young standout back: "Benjamin is one of those guys that gets better every season and that‘s the reason why he has turned into an European League of Football All-Star. He is an instinctive player, a big hitter, and he can change games from his nickel position. I can't wait to see what he does in 2023."

Straight can't wait to take the field for the Vikings in 2023: "I am really happy to be back with the Vikings franchise! I feel incredibly comfortable staying here in Vienna with the players and coaches that I’ve known for years. The goal from last year hasn’t changed: get the trophy! And I know this team will have the potential to become a championship team once more."