The Austrian franchise signed an explosive duo of brothers for their 2022 campaign in the European League of Football. 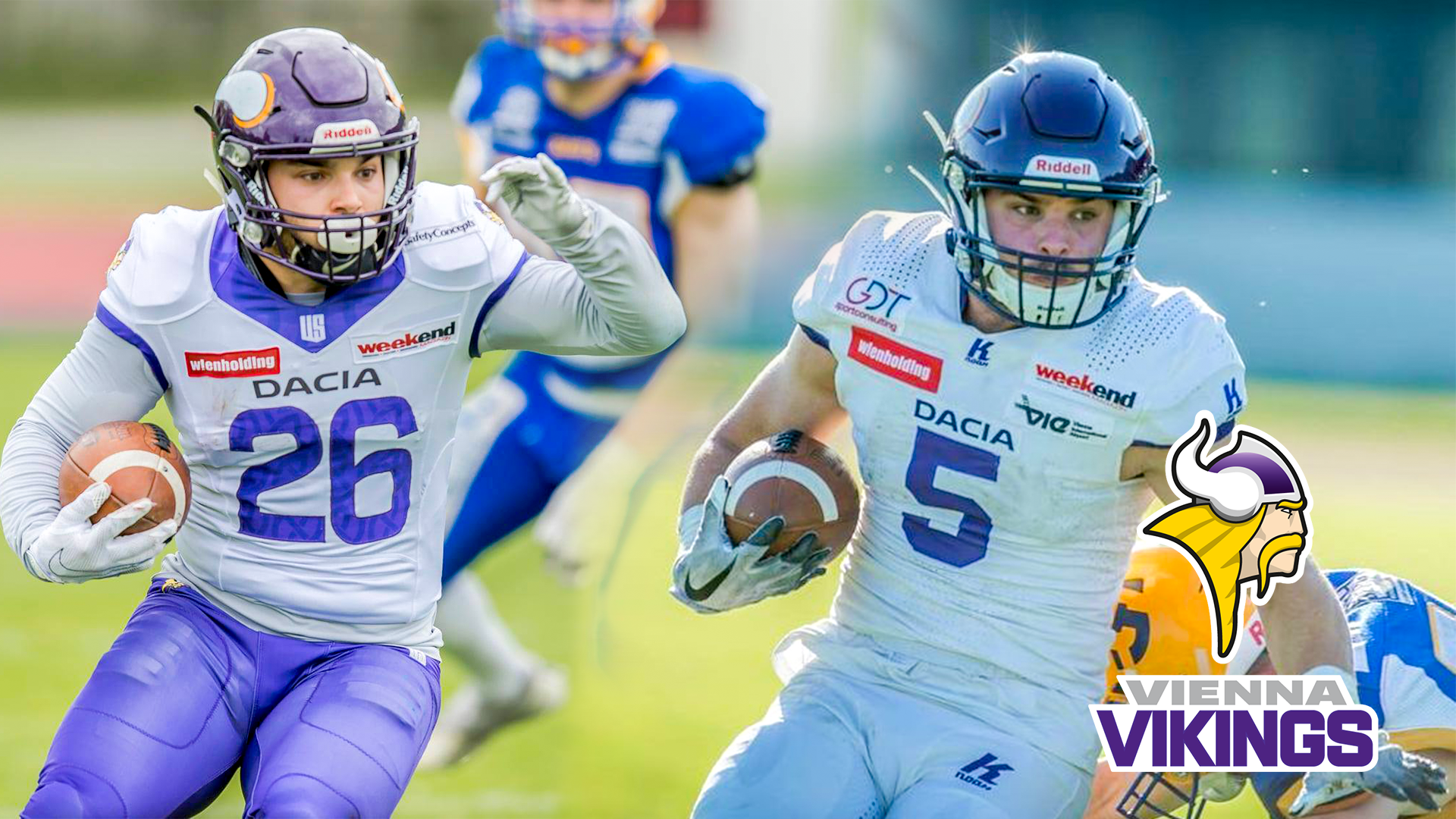 The Vienna Vikings announced the signing of wide receiver Anton Wegan and running back Flo Wegan, according to the Vikings social media outlets.

“I am grateful and stoked to get the chance and opportunity to play for the Vienna Vikings 2022 and to do so on the biggest stage in Europe is truly a dream come true. The city of Vienna deserves nothing less than a trophy, and we as a team are going to give it our all to deliver. I cant wait to get to work”, explained wide receiver Anton Wegan.

Wegan won the Austrian championship in 2020 alongside his brother Flo Wegan. On top of that, both players were named offensive co-MVPs for the 2020 season because of their incredible performances throughout that season.

Running back Flo Wegan even topped his performance from 2020 and led the Austrian Football League with nine touchdowns and 925 rushing yards in ten games played.

Now joining the Vikings in the European League of Football, Flo Wegan is more than excited to play in the best American football league in Europe: “I'm very excited to have the opportunity to play in the European League of Football and to prove and improve my skills. It is also an honor to represent my country and city on an European level and to help build that new franchise. Vienna deserves a championship and I will do everything to accomplish that by helping my team in every possible way”.

Both brothers joined the Vienna Vikings prior to the 2020 season after they played for the Mödling Rangers. Now, Flo and Anton Wegan are ready to do their part for a run at the European League of Football Championship with the Vikings in 2022.