Boock: “My job is to hold everybody accountable” 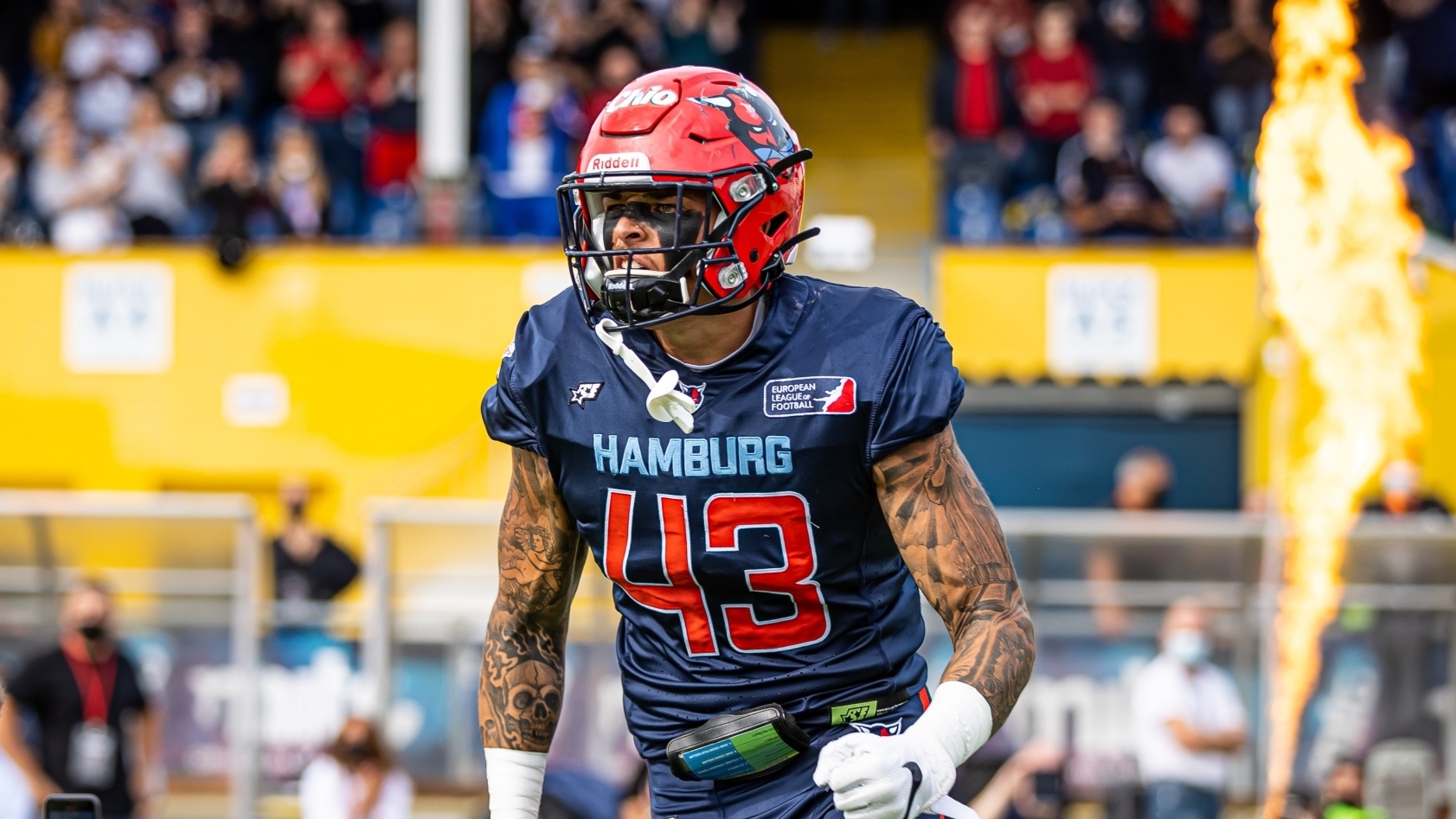 The Hamburg Sea Devils (7-3) are going to play in the European League of Football Championship Game after beating the Wrocław Panthers with a final score of 30-27. Offensively, running back Xavier Johnson stood out with over 150 rushing yards and three rushing touchdowns. Defensively, captain and linebacker Miguel Boock had an impressive game with eleven total tackles and one tackle for loss.

In our interview, Boock talked to us about the playoff game against the Panthers, the upcoming Championship Game and about his job as a captain on defense.

“It was an expected hard fought playoff game.The Panthers have a great coached team and a lot of playmakers on the team like Lukas O‘Conner – [KaVontae] Turpin and [Philéas] Pasqualini. Our plan was to eliminate their big play ability. And I think we did that”, Boock explained in our interview. The Sea Devils defense only allowed 89 total rushing yards, sacked O’Connor twice and came up with an interception.

“[…] The game against the Panthers was an expected close game, that is what the fans want to see, and this is what the European League of Football deserves”, Boock explained. In the regular season, the Sea Devils and the Panthers met twice as North Conference rivals. In those two games, both franchises were able to come away with a win on the road.

Being a captain on a football team is connected to a lot of responsibilities. Boock touched upon his role and his mentality as a captain and a leader on defense: “My job is to hold everybody accountable, making sure to spread my energy to my teammates, and leading by example. Staying positive is the most important thing and good things will happen”.

Boock showed his presence and dominance throughout the entire inaugural season with the Sea Devils. Because of an injury, Boock only played in five regular season games but still recorded 4 2total tackles, six tackles for loss, one sack and two pass break-ups. He now looks to bring his level of play and his energy to Düsseldorf.

Tickets for the European League of Football Championship Game are still available via Ticketmaster.