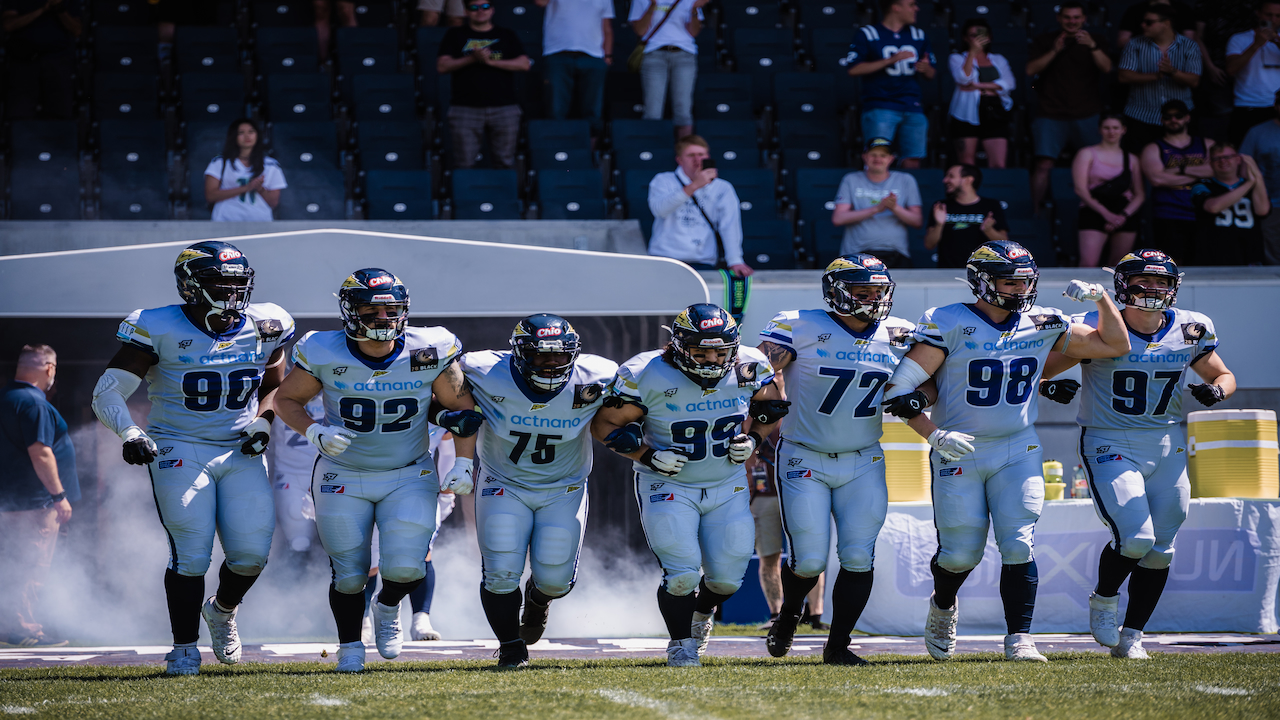 Before the Stuttgart Surge enter the away trip to interconference opponent Wrocław Panthers, the roster moves of the week so far were on the agenda. Thus, the rebuild in the Surge's roster continued. After some departures, more talented athletes follow who want to prove themselves on the biggest European stage.

In Idriss Ramky comes a wide receiver who could already get playing time against the Panthers. The talented French wideout is a big target at 1,88m and 90 kilograms for quarterback Dante Vandeven, alongside Riedinger, Bomba or Steigerwald.

Idriss started playing American football as a quarterback at the age of twelve in Reims, but then ventured to the U.S. to go to College of the Desert in southern California. Due to strong competition, Idriss switched positions and was immediately deployed as a wide receiver. In 2018, he then went back to France for personal reasons and had to interrupt his athletic career for a year. He then continued to dedicate himself to his studies and returned to Amiens to play football and also give coaching. At the end of last year, he combined studies and sports with the Grizzlys Catalans from Perpignan. Now, he comes to Stuttgart to play on the European stage.

Also coming from the Grizzlys Catalans is Michael Bausch. The linebacker follows Maleka Mbala, who suffered a season ending injury. The 28-year-old is no stranger to Stuttgart, having previously played for the Scorpions. He started his career in American football at the age of 16 with the Ostalb Highlanders from Heidenheim, to whom he remained loyal for a long time before moving to the Stuttgart Scorpions in the Swabian capital back in 2015.

Last year, he was active for the Leipzig Kings, among others, but only collected two tackles for loss and 19 total tackles. Still, Bausch could play a strong role alongside Lakalaka and Precious Ogbevoen for the Surge for the remainder of the 2022 season.