The Austrian wide receiver is re-uniting with his former head coach Jordan Neuman in Stuttgart. 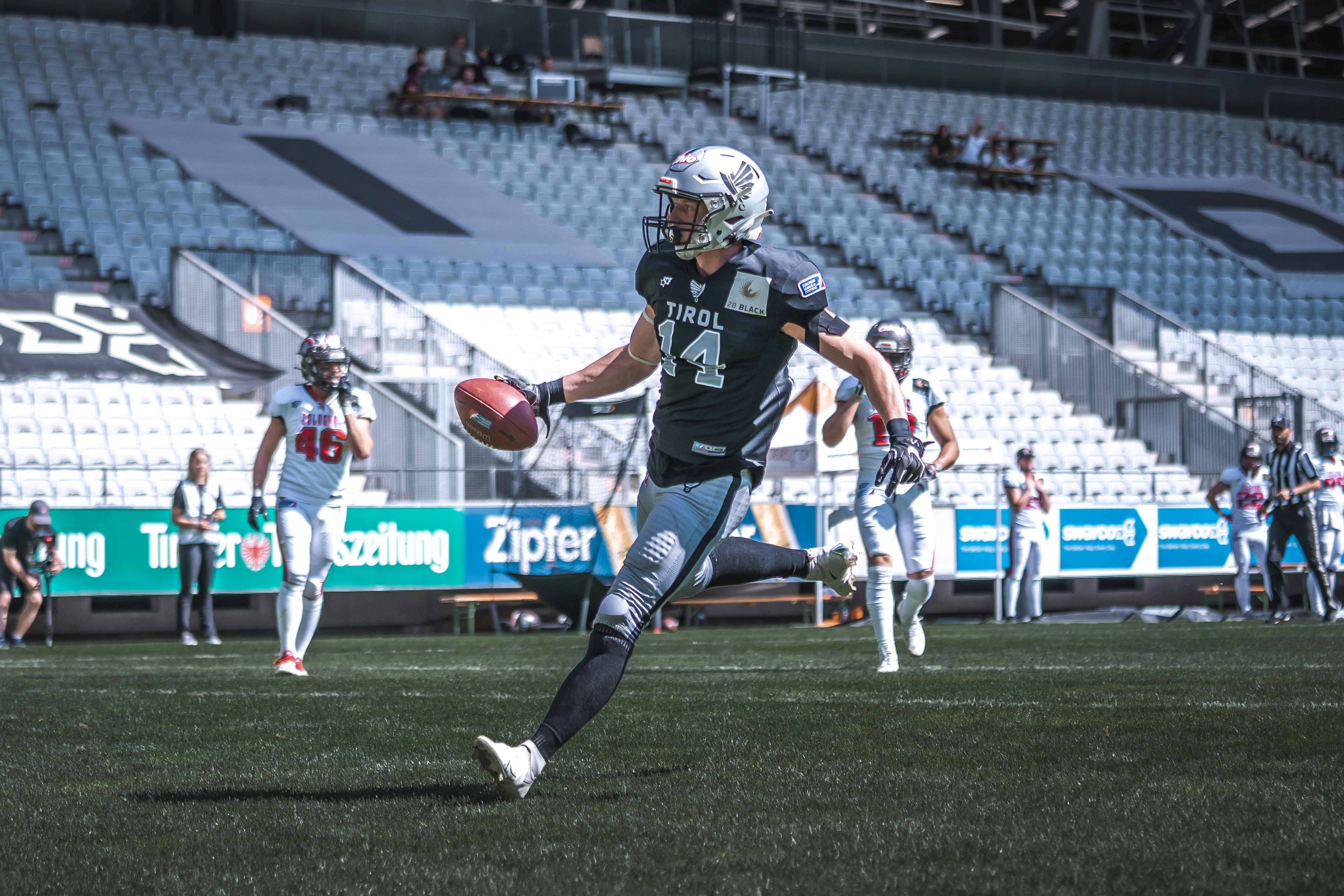 Yannick Mayr has been a big name in Austrian football for a few years now. Starting his career for the Salzburg Ducks at the age of 14, the talented receiver won the team MVP every year from 2013 to 2016 and was a key-factor for the Austrian junior national team’s European Championship win in 2015.

After the 2016 season, Mayr joined the Vienna Vikings, for which he continued to perform very well, earning him the team MVP award in 2019 and an invitation to the NFL International Combine. In 2021, the Austrian joined his now head coach Jordan Neuman at Schwäbisch Hall, where they won the CEFL and reached the German Bowl. Mayr played for the Tirol Raiders in 2022.

Despite playing in only a few regular season games due to an injury, Yannick Mayr once again showed what he is capable of. Throughout his four games as a Raider, he hauled in 21 catches for 385 yards and five touchdowns, ranking second in touchdowns and third in yards on his team.

The Austrian is looking forward to play for the Surge: "Coach Neuman and I know each other from the past. He and his coaching staff are bringing a completely different energy to Stuttgart, I can feel that. Therefore, I can’t wait to work with them and show big plays at the GAZI-Stadion."

Joining forces with Louis Geyer, who took another step forward last season, Mayr is destined to have an impressive comeback season in 2023. The Surge offense is looking promising so far, and whoever will be their quarterback in the upcoming season will have two very talented pass catchers to target. Their new head coach and offensive coordinator could use them well.