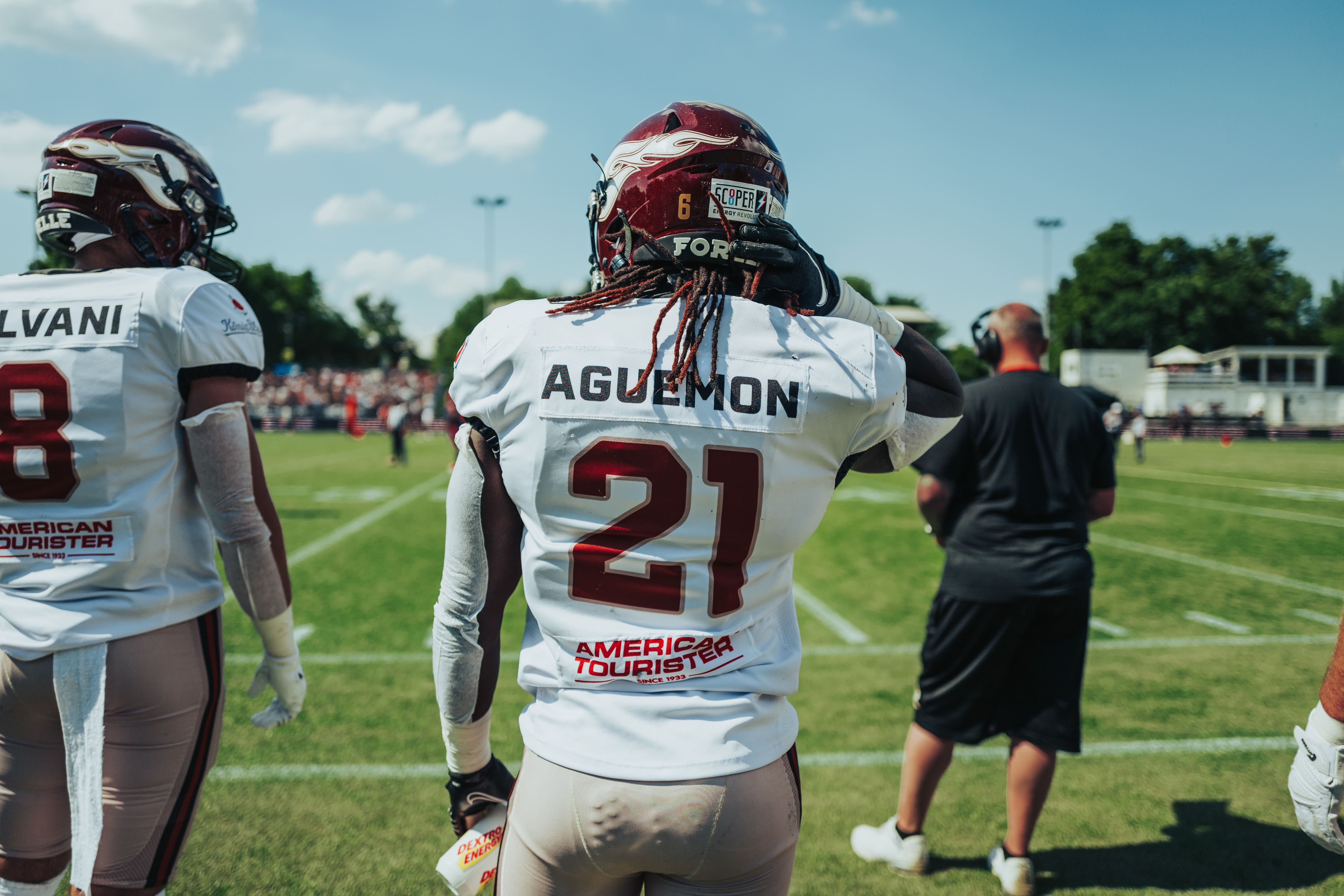 In Jason Aguemon, a known face is returning to Paris, bringing another identification figure to the new franchise.

The Paris football team is getting a proven veteran in Jason Aguemon, that has already played two seasons in the European League of Football. During his time with the Leipzig Kings and Rhein Fire, the 30-year-old rushed for 855 yards and 6 touchdowns, ranking him top five in all-time rushing yards in the league.

The former CFL Global combine participant, who won two league titles with his hometown team La Courneuve Flash, was a key factor in his countries European Championship title in 2018. In the final against Austria, Aguemon was the leading rusher of the French team coached by now commissioner Patrick Esume, with 63 yards and a touchdown.

Besides playing football, the Frenchman also competed at several Europe Cups for the French 4-man bobsleigh team, but retired from the sport to focus on pursuing his career in football.

“French athletes are among the best on the continent”

Jason Aguemon is excited to return to his hometown: "Paris is playing in the city where I grew up. It means a lot to me to play here. A lot of guys I started playing football with are playing here, like Mamoudou Doumbouya or Mamadou Sy. We have already proven that French athletes are among the best on the continent. We are going to make football bigger in France and it is an incredible feeling to be able to be a part of this adventure."