Jason Aguemon - Most underrated player on the team?

Jason Aguemon showed last season that he can still be an impact player. But his name is rarely mentioned in debates about the best players at the running back position. Wrongfully so. 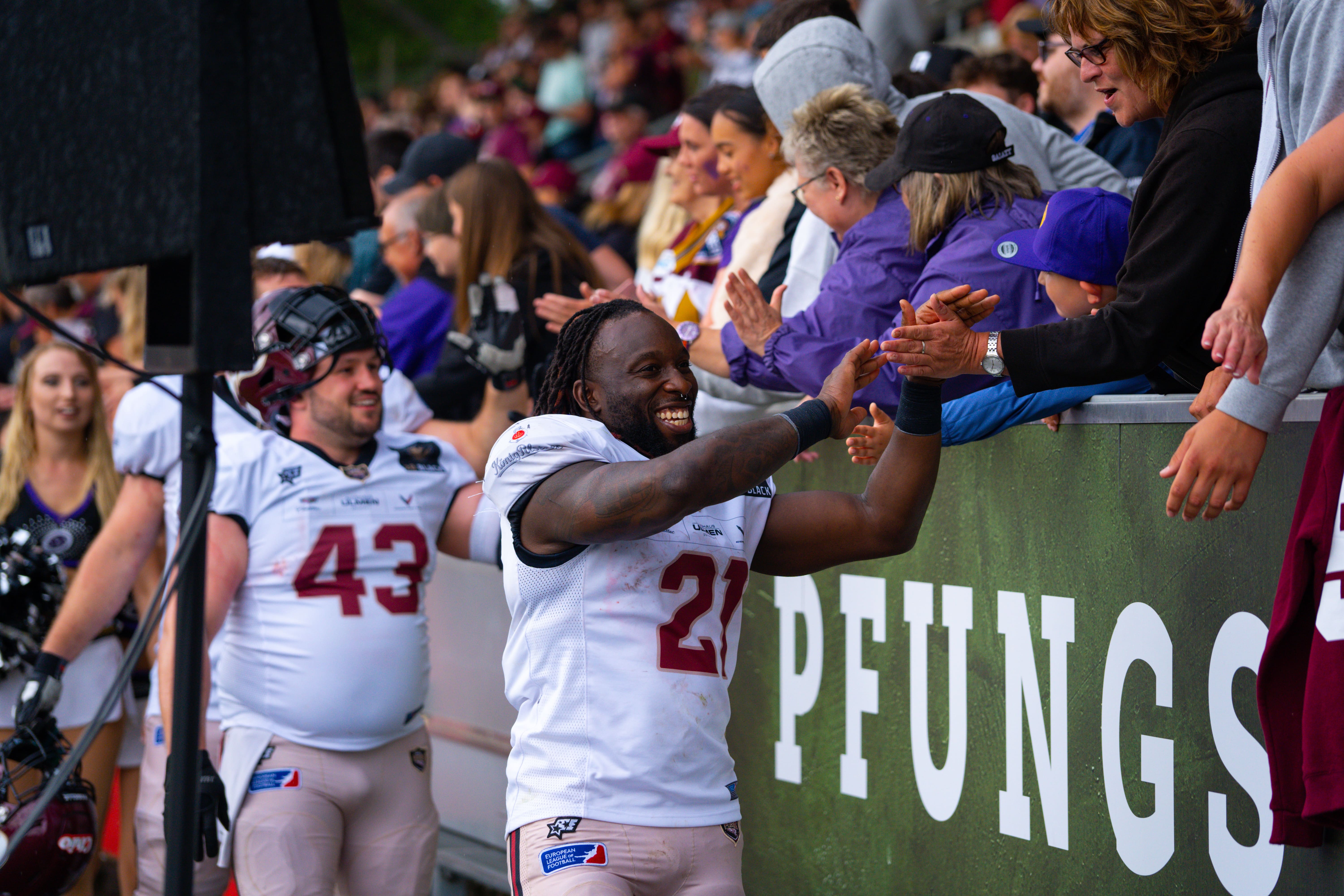 Jason Aguemon offers a lot of experience. Born and raised in France, the 30-year-old running back, showed his potential at a young age. He was selected to the French U19 national team, with which he reached the 2011 European JuniorChampionship finals. But Aguemon had success at the senior level as well, reaching the 2013 French League finals with La Courneuve Flash, before making his way to Germany in 2015. He made his first steps abroad for the Lübeck Cougars in the GFL 2, before returning to Paris. In 2017 and 2018 he played a vital role in both of Flash’ title runs. As if this was not enough, he also won the European championship under commissioner Patrick Esume. In the finals he got his revenge against Austria, to which he lost the Junior championship in 2011, by scoring a 49-yard touchdown. Due to his strong performances and athletic abilities, Aguemon was invited to the 2020 CFL Global Combine, but went undrafted.

In 2021 the Frenchman made his way back to Germany to play for the Leipzig Kings in the European League of Football. In only nine games the veteran rushed for 532 yards and three touchdowns. But not only his rushing ability makes him dangerous. Aguemon offers terrific value as a receiving threat out of the backfield, as his 112 yards and one touchdown with only eleven receptions show.

But there is another talent that the French running back is known for: Bobsleighing. In 2017 he competed at several Europe Cups for the French 4-man Bobsleigh team and reached the 13th place. After the season Aguemon decided to retire to focus on his professional football career.

"This is one of the best experiences I ever made on the football field."

At the end of last year, Rhein Fire announced Jason Aguemon as their new running back for their first season in the European League of Football. Nobody really knew what to expect from Rhein Fire this season, but it is safe to say that they took the stage with a boom. Aguemon had a nice performance with 61 total yards and a touchdown and was able to prove what his teammates knew since he took the practice field with them:  He is not only a good player, but an underappreciated one, too. Multiple of his teammates called him the “most underrated guy” on the roster before the season.

When asked about why he might fly under the radar, Jason said: “Last season was complicated for me in the beginning, and I was injured for the last two games of the season, so maybe people in the league do not know me to well. But this season I feel very good.”

Playing for Rhein Fire this season also means playing for former NFL head coach Jim Tomsula. After the scrimmage Aguemon said: “Playing for coach Tomsula is an amazing experience. When he steps on the field, everyone knows he is from the NFL. He gives his all on the field and for all of us players. This is one of the best experiences I ever made on the football field.”

Jason Aguemon is ready to make his name known in the European League of Football and he showed it on Sunday against the reigning champions. There is definitely more to come from the French veteran and Rhein Fire fans should be excited about it.