All names of the European League of Football for 2023 are set in stone. Let the rubber meet the road! 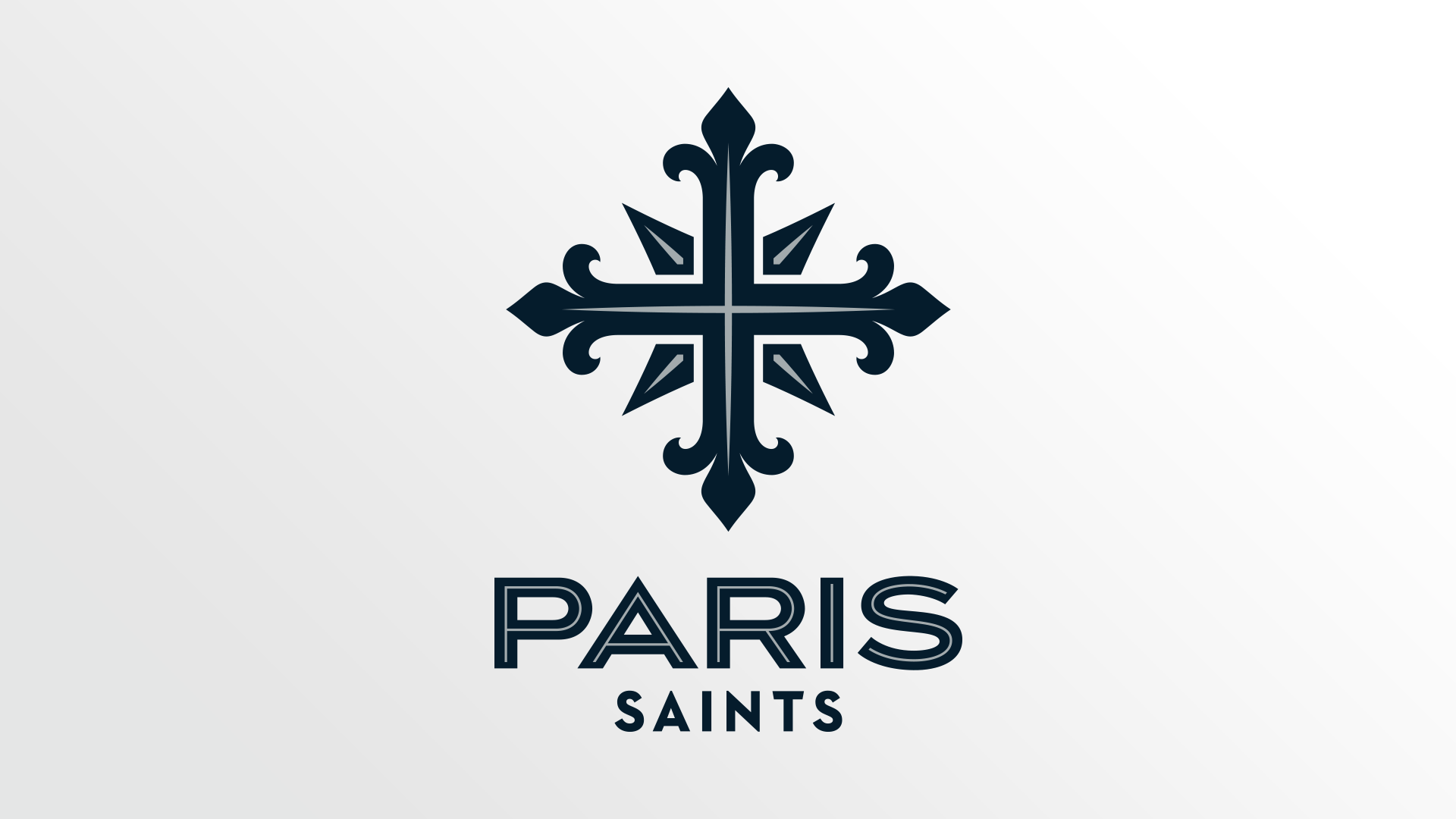 The Paris based French franchise will be named Paris Saints. Named after the religious name that identifies a person as holy, the Paris Saints or Lés Saints de Paris for the natives will compete in the Western Conference of the European League of Football. Combining the traditional roots with modern French football results in a great look.

The logo unites a holy cross with the Fleur-de-lis. Both appear to fit to the name of the Saints. In French history, the Fleur-de-lis, a lily flower, has been used by French royalty and throughout history to represent the saints of France, becoming historically important in religious, political, artistic and symbolic cases. Further, the logo is reminiscent of that of the Musketeers.

While popular saints in history were named Saint Joan d’Arc or Saint Denis, the names of Saint Zach Edwards or Saint Rémi Bertellin could cause havoc for opposing defenses.
With the Paris Saints matching up against the Hamburg Sea Devils, Frankfurt Galaxy, Rhein Fire, Cologne Centurions in the Western Conference and Interconference rivals like Stuttgart Surge and Barcelona Dragons, the new season promises to surpass the previous ones. Season 2023 starts on June 3. The Championship Games tickets are selling like hot cakes!

Find all you need to know about the European League of Football Conferences here!