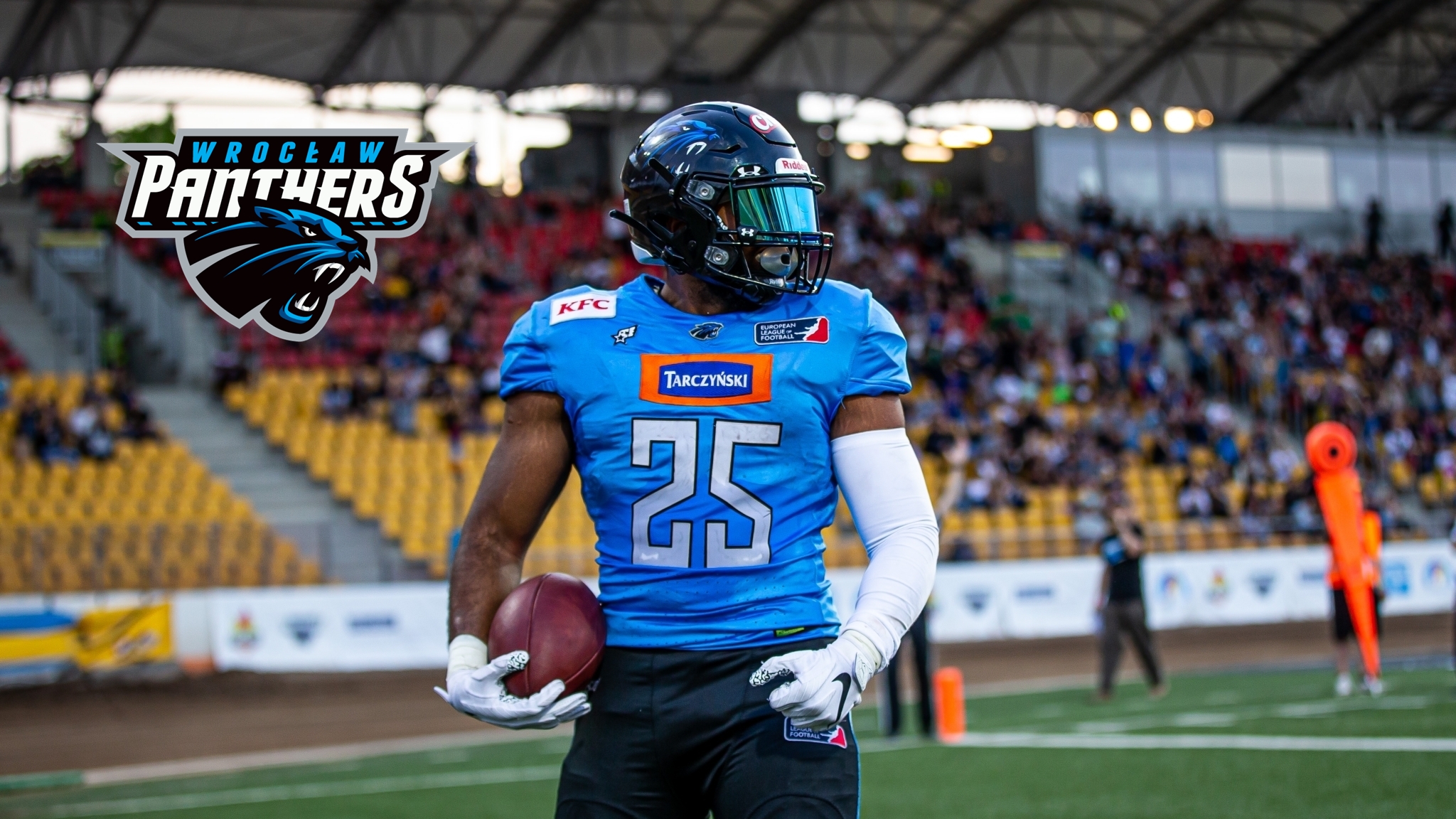 Panthers RB Pasqualini after scoring a touchdown in the inaugural season. ©Łukasz Skwiot

The Wroclaw Panthers have yet made another move in the off-season and re-signed their leading rusher of 2021: Philéas Pasqualini.

The French running back couldn’t be more excited to stay with his team in Poland: “I'm extremely happy, I love this organization, the staff and my teammates. I really fell in love with it”. In eleven games played, Pasqualini rushed for 734 net yards, six touchdowns and averaged 66.7 yards per game. On top of that, he caught eleven passes for 145 yards and one touchdown.

After the 2021 season was over, Pasqualini noted that head coach Samel and his teammates gave him a lot of confidence on which he wants to build on: “My head coach and the rest of the organization gave me great confidence after last season, and I thank them for that”.

Second season as a Panther

“My goal is to be better than last season and help my team and my teammates as much as I can. I always aim for first place. I finished [as] first European RB [in rushing yards] but I want to be first American and European together. I'm going to work really hard this off-season to achieve that”, Pasqualini explained to me in our conversation.

As far as goals for the 2022 season go, Pasqualini and the Panthers have only one goal in mind: “The main goal for the team is the title. I know the team can do it. Everyone, whether it's my teammates or the staff, aim for this goal […]”.

Taking the next step

As the Panthers already re-signed Darius Robinson and Goran Zec on defense, Pasqualini wants to build on the chemistry with his teammates from last season: “[I] created [a chemistry] with my teammates and they are happy that we can continue to work on this [chemistry]. I think it's important to bond with your teammates”.

Pasqualini and his teammates already talked about the off-season and what they can do together to improve for their second season with the Panthers: “We talked a lot among us about the problems and weaknesses that we noticed. And we will make sure to work on all aspects. We are far from perfect. But the most important thing is to recognize that and work on it”.

It will be interesting to see if the Panthers stay this active in the off-season, after a busy start with a lot of signings and re-signings in October.

MORE NEWS ON THE PANTHERS!