First female GM in the young history of the European League of Football! 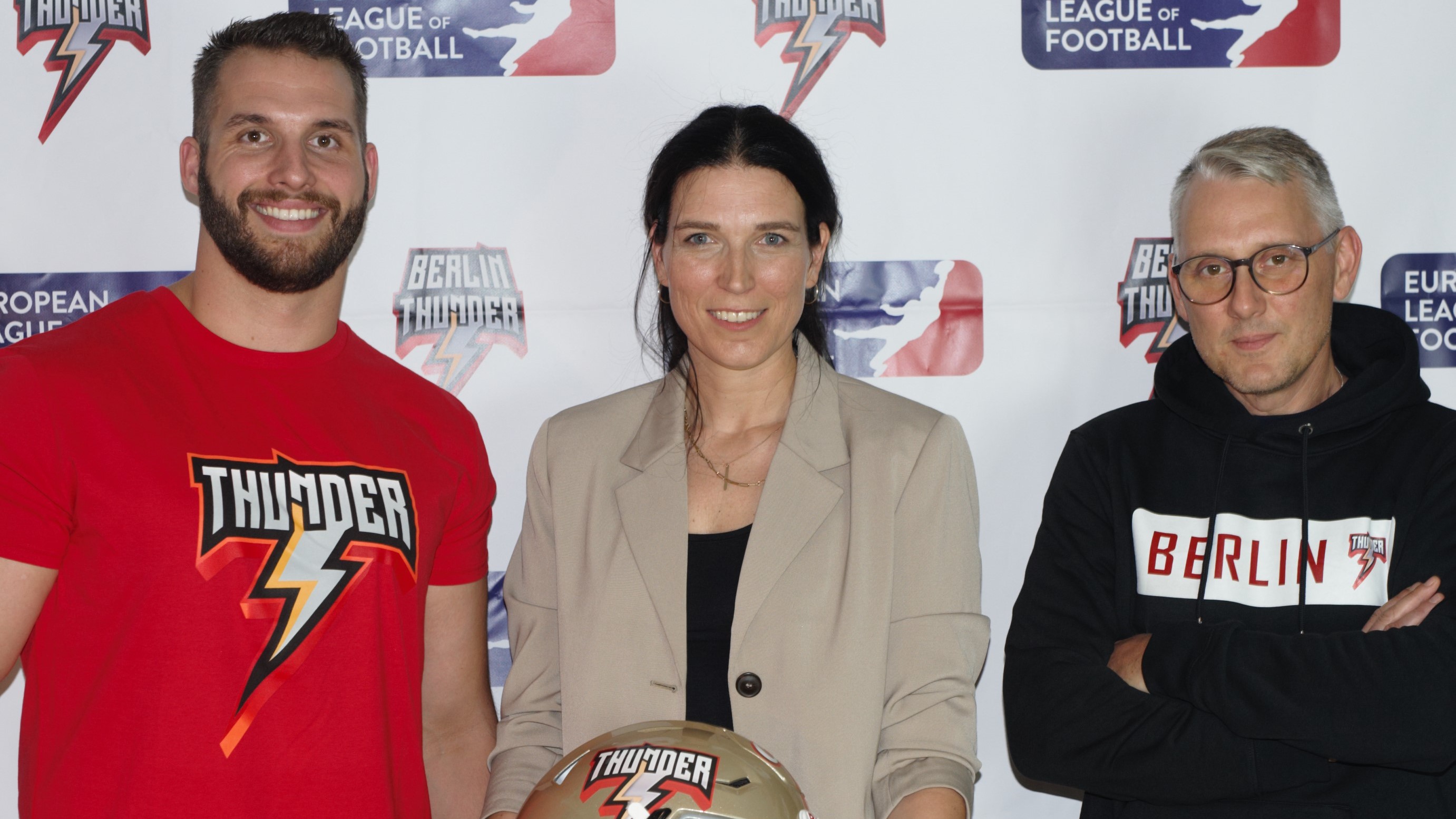 Two days ago, the Berlin Thunder announced that they will go separate ways with current General Manager Heiko von Glahn. According to the franchise, von Glahn will leave the franchise after 30th September at his own request.

Shortly after, Berlin announced new General Manager Diana Hoge to lead their franchise into the 2022 season. The 39-year-old sports- and event-manager worked as the vice-president and Head of Marketing for the Berlin Adler and has a lot of experience in branding leadership and strategy, according to the Berlin Thunder press release.

Hoge joins a few women in the European League of Football like Barcelona Dragons’ Quarterback Coach Monica Rafecas and Officials Katrin Hatlermann from Germany and Ewa Walentynowicz from Poland. In their press statement, Berlin commented on signing a female General Manager: “Berlin Thunder sets an example and hires the first female General Manager in the European League of Football”.

The new General Manager Hoge is excited and looks ahead to her time with the Berlin Thunder, per Thunder's press release:

“I am looking forward to this veryexciting and challenging task. In accordance with out team, the fans, thepartners, and the sponsors, I want to guide our organization and American footballin Germany and Europe into a successful future”.

“We are very happy that Diana [Hoge] joins our franchise. She is an expert in the field of marketing and commercialization. The future of the Berlin Thunder franchise is bright! We can’t wait for Thunder Nation to see the transformation next year on the field”.