The Kings found the successor of Jordan Barlow. 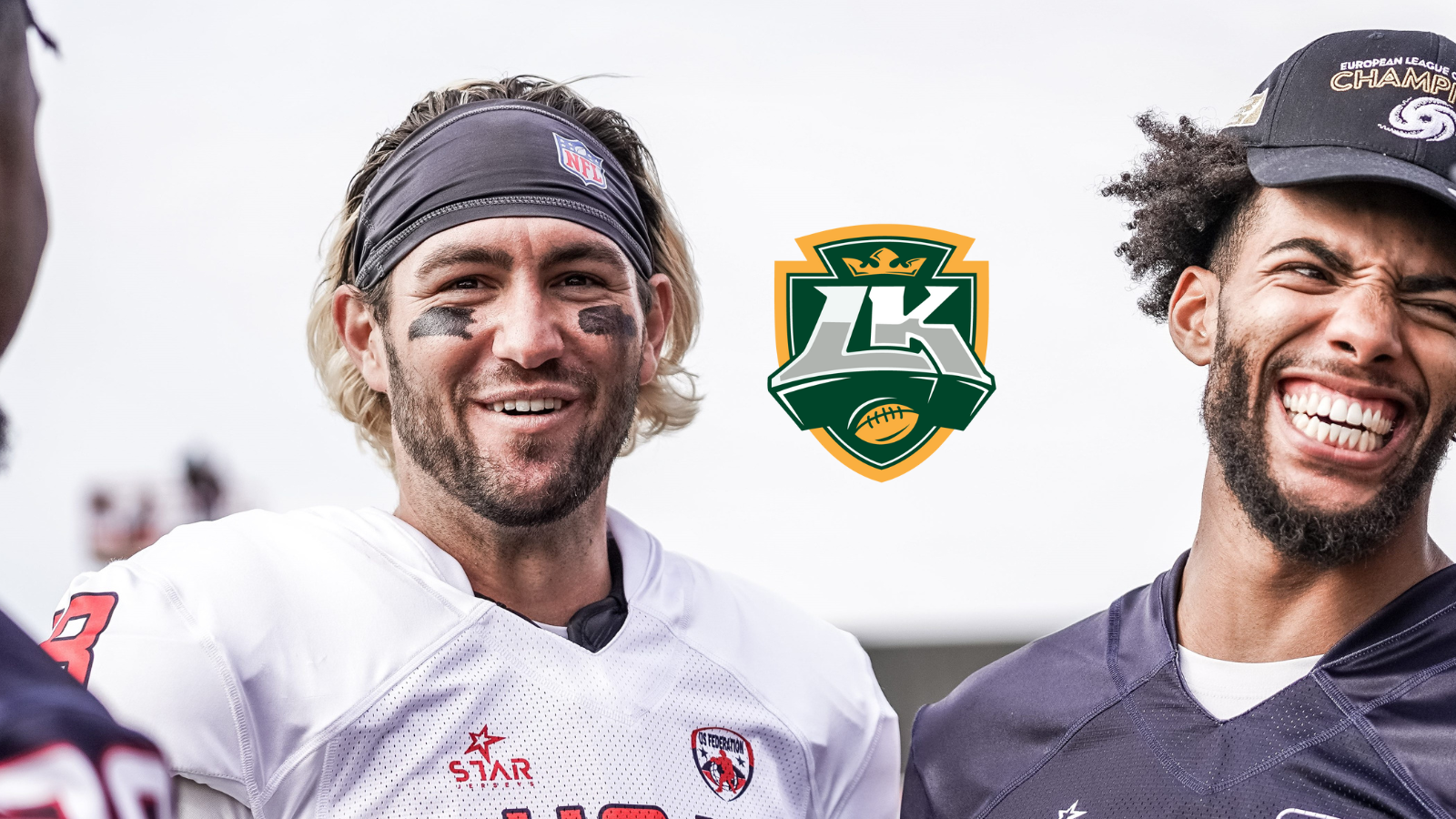 Conor Miller next to Anthony Mahoungou at the European League of Football All-Star game. © Sarah Philipp

After parting ways with quarterback Jordan Barlow yesterday, the Leipzig Kings found his replacement in Conor Miller immediately. The quarterback is well known in Europe, played in the European League of Football All-Star game and recently for Flash De La Courneuve, in Paris. With Flash, he won the national championship just last week.

Without any question, Miller is one of the best quarterbacks in Europe in recent years. Now he wants to showcase his talent on the biggest stage and was probably already in talks with the Kings before the season. He was less successful as quarterback of the USA team in the All-Star game of the European League of Football, but that was also due to the short preparation time of the team. In 2021, he was active in the Austrian Football League.

Not an easy task for Conor Miller and his Leipzig Kings

With the Graz Giants, he totaled 2170 passing yards and 23 touchdowns in eight games in the regular season, was the best quarterback by yards even ahead of current Raiders quarterback Sean Shelton. Before that he was active at Florida Atlantic University, worked out for the Buffalo Bills, Cleveland Browns or Miami Dolphins and later for the Cologne Crocodiles in the first German league.

‍
Against the Berlin Thunder, Miller will go head-to-head with one of the league's best defenses and also Week 6 CHIO MVP Kyle Kitchens. There are definitely easier debuts. With the Kings, however, he'll find a very strong supporting cast in Dablé-Wolf and Seantavius Jones.