After the 40-38 loss to the Cologne Centurions, Rams wide receiver Kris Wedderburn reflects on his drops and with that a missed opportunity to help his team win. 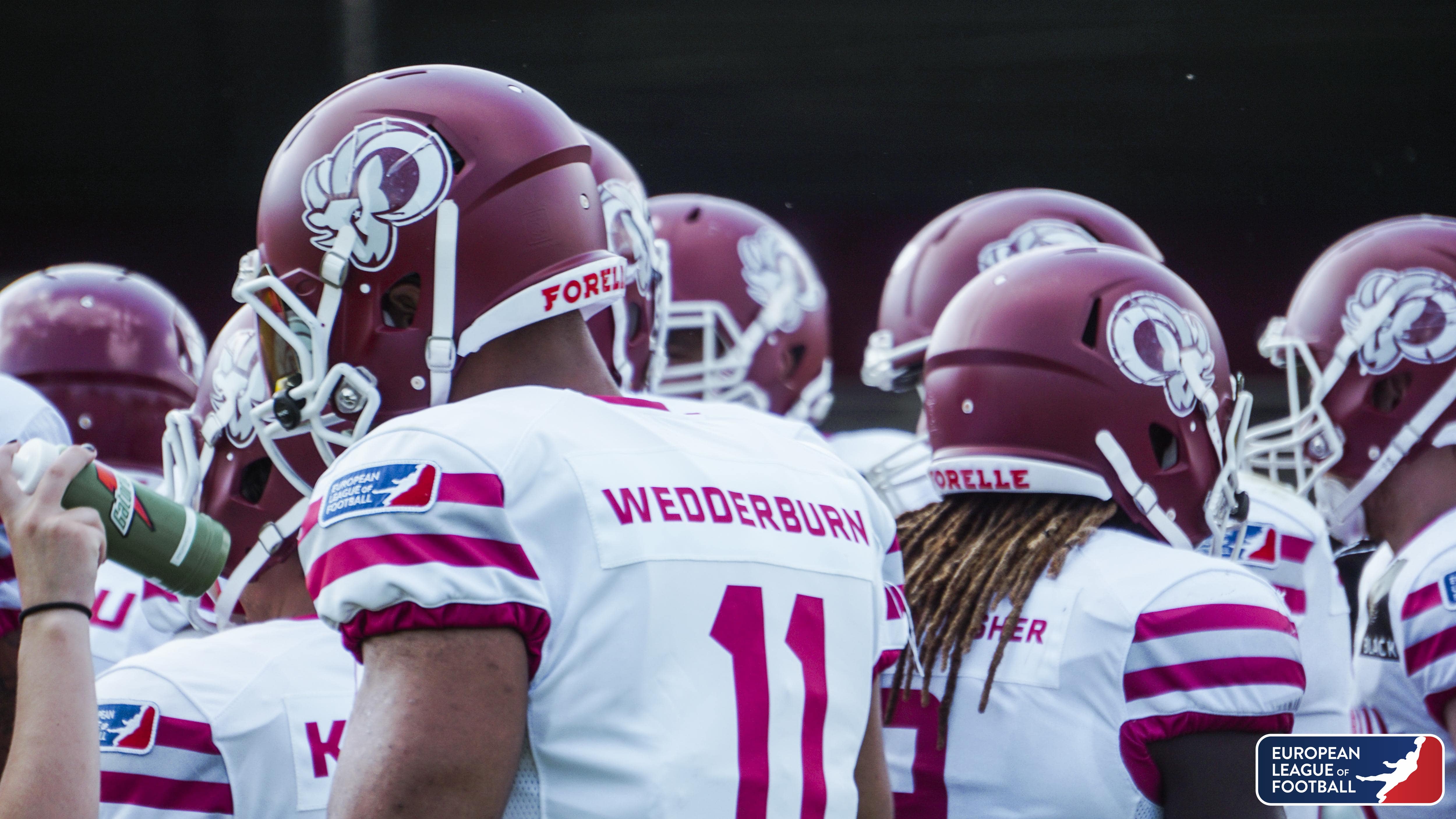 “It was a great experience, the crowd, [the] atmosphere, Centurions’ hospitality towards us after the game and just knowing we are performing on a big platform added to the excitement,” Rams wide receiver Kris Wedderburn noted.

The 188cm tall and 95kg heavy wideout was targeted numerous times by quarterback Jared Stegman but only came down with three catches. However, the tall wide receiver managed to score his first touchdown in the European League of Football in the first quarter of the game.

Nevertheless, the British playmaker was not satisfied with the outcome of the game. “No matter my performance I’ll always feel as though I can do better if we lose the game. Three catches should have been six for 100 yards and three touchdowns which would have helped us get that first win,“ Wedderburn commented in an interview.

On a personal level, Wedderburn wished to have made some more plays on offense to put his team over the hump. ”Personally, it was a frustrating day for myself as I know I’m capable of making those plays, but most importantly my teammates and [head] coach Gunn know I’m capable and still hold all the confidence in me to help put those in the past.“

Wedderburn: “We can hang with a playoff team” ‍

On the flip side, Wedderburn views the loss as a learning lesson and also sees positive developments of his team. “As hard as this loss was, I feel as though it benefited us in many ways. Knowing that we can hang with a playoff team even after losing a key player on defence and a few major mistakes has really instilled confidence and created the bond we needed as a new franchise ready to go into our next game against Berlin.“

As far as personal goals are concerned, Wedderburn aims to reach the 1000-yard mark through the air in 2022. “[A] 1000-yard season would be an amazing achievement and something I believe I’m capable of,” the British wide receiver noted. ”The opportunity to compete against US corners week in [and] week out is a fantastic opportunity for me to prove my worth within this league.”

More news around the Rams here!