Interview with Commissioner Patrick Esume ahead of the start of the 2022 European League of Football season: "More teams, more games and even stronger competition"

Learn more about the 2022 European League of Football season. 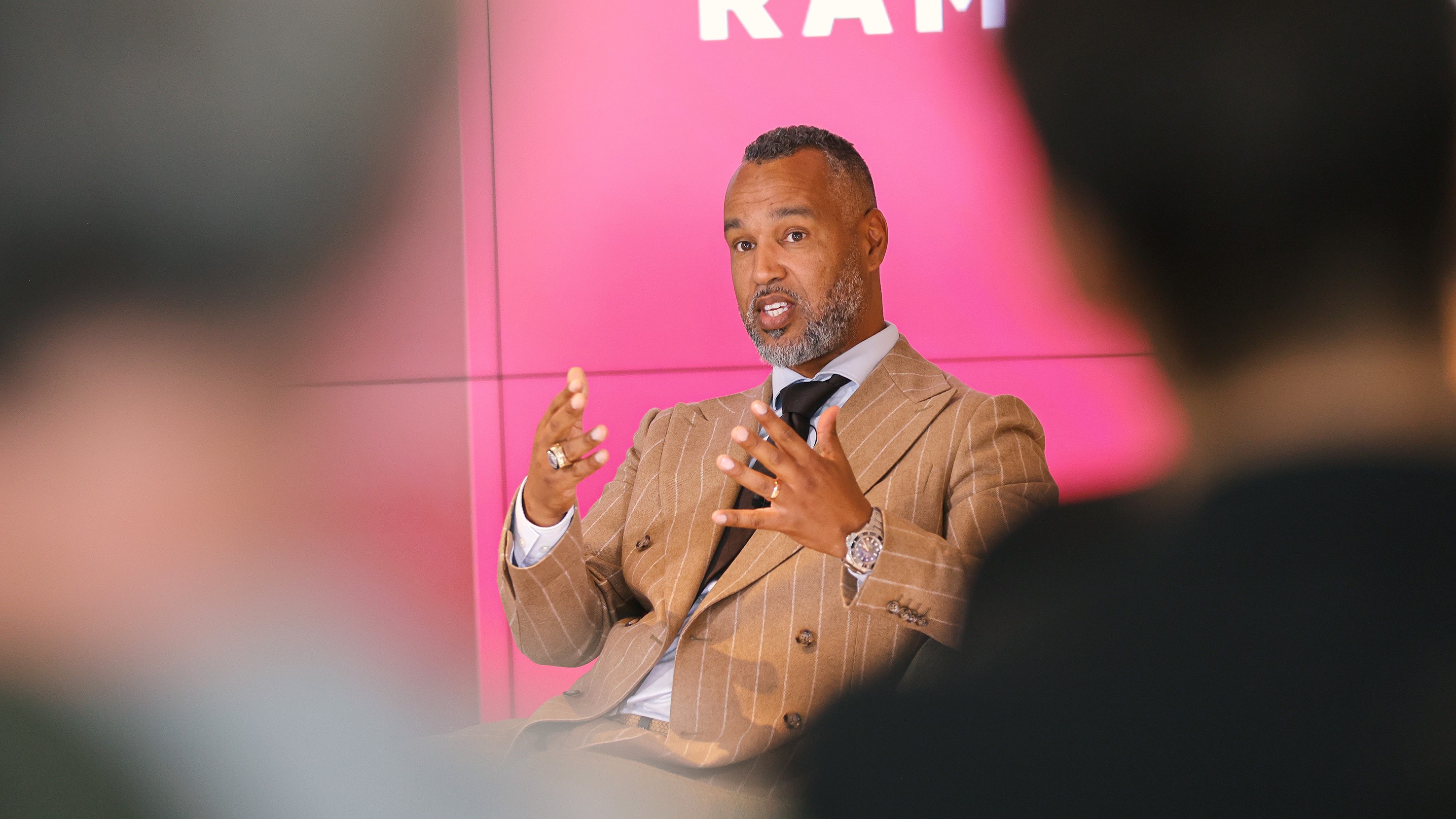 Patrick Esume is optimistic about the upcoming season. ©Michael Freitag

On June 4th, the European League of Football will kick off the 2022 season with the Cologne Centurions facing the Istanbul Rams from Turkey. Five more highlights will follow on June 5th: The reigning champion Frankfurt Galaxy expects Rhein Fire, Stuttgart Surge the Barcelona Dragons from Spain. The Polish franchise Panthers Wroclaw will welcome the Leipzig Kings, last year's finalist Hamburg Sea Devils will take on Berlin Thunder. In addition, the "Battle of Austria" between the Vienna Vikings and the Raiders Tirol is on the schedule. In this interview, Patrick Esume, Commissioner of the European League of Football, looks ahead to the eagerly awaited season.

Mr. Esume, how are you looking forward to the start of the 2022 season in the European League of Football?

Patrick Esume: I can hardly wait for the second season to begin. The excitement is growing day by day, as is the anticipation. We have more teams, more games and, as a result, even more competition. To everyone who loves football, I can promise you: It's going to be really crisp.

I've been on the road a lot in the past few weeks, visiting some teams to get an impression. The franchises are preparing intensively, the squads have become deeper and stronger. They have started training much earlier and are therefore much further along than they were at this time last year. I am convinced that the sporting level will continue to rise and that fans can look forward to top-class matches.

The 2021 premiere season was a great success despite all the restrictions due to the Corona pandemic. What do you remember most about it?

Of course, we were delighted to have almost 100,000 spectators in the stadiums and good TV ratings right from the start. But we didn't create this league just for the fans, but for the players who love and are passionate about this sport. That's why I'll never forget the look on the faces of the Frankfurt Galaxy boys at the exact moment they were presented with the trophy. That's what it's all about.

Last summer, there were doubts as to whether it would be possible to launch a continental league. Some experts questioned the quality. How do you look back on the first season in this respect?

Before the start, we were naturally curious to see where the European League of Football would rank in sporting terms - and there's no doubt that we've gone straight to becoming the best league in Europe. The foundation has been laid, and we are building on it.

The first season has already shown that the European League of Football can become a stepping stone to the NFL for players. What does that mean to you?

It fills us with great pride that two of "our" players will be playing in the NFL next season. Marcel Dabo proved his class with Stuttgart Surge and attracted the attention of the Indianapolis Colts. Adedayo Odeleye excelled with Berlin Thunder and got a contract with the Houston Texans. Those two stand out, but there were 14 players from the European League of Football who received an invitation to the NFL's International Combine in London.

‍What do you think about the fact that NFL experience is coming to the European League of Football for the 2022 season?

That's just great! Jim Tomsula, head coach of Rhein Fire, is a football legend and everyone who gets to work with him will benefit. The same goes for long-time NFL pro Björn Werner, who has joined the Berlin Thunder as a shareholder and sports director. At Stuttgart Surge, Jakob Johnson, a current NFL star, is even taking on responsibility as part owner. They bring experience and expertise from the best sports league in the world.

As announced, the European League of Football is already growing in its second year. What do you expect from the additions?

In the first season,there were eight teams from three nations, now we are starting with twelve teams from five nations. The Vienna Vikings and the Raiders Tirol have dominated football in Austria over the past ten years. Rhein Fire is returning to the big stage after dropping out of NFL Europe and the Istanbul Rams will do everything they can to represent Turkey well. We are proud to have these franchises in the league.

‍What innovations are there from the league's side around game days?

We made countless mistakes in 2021. Fortunately, because we are learning from them. Especially in the area of statistics, we must and will improve significantly. This applies to the collection as well as the presentation and distribution. We'll prepare that better on the homepage. In addition, the league will offer its own app for the start of the 2022 season, where all relevant information will be made available to fans.

It all kicks off on the first weekend in June. Who is on your list of favorites?

As commissioner, I'm reluctant to make predictions because I don't want to build up pressure or get in anyone's face. The eight teams that were there in 2021 have a head start in terms of experience. The four teams that will join them will certainly go into the season with great euphoria. I'm looking forward to gripping, close duels.

All the franchises are united by the dream of making it to the Championship Game on September 25 at Wörthersee Stadium in Klagenfurt, Austria.

It's an open race and I myself am curious to see which teams will prevail. But I can only urge all football fans to get tickets for the final and to be there in Klagenfurt. This weekend we will deliver the biggest football event in Europe. It's not just the game with a spectacular halftime show featuring Bausa, reezy and other top acts. We will also have a huge party the night before the final. Guys, don't miss this.

Tickets for the European League of Football games are available here: