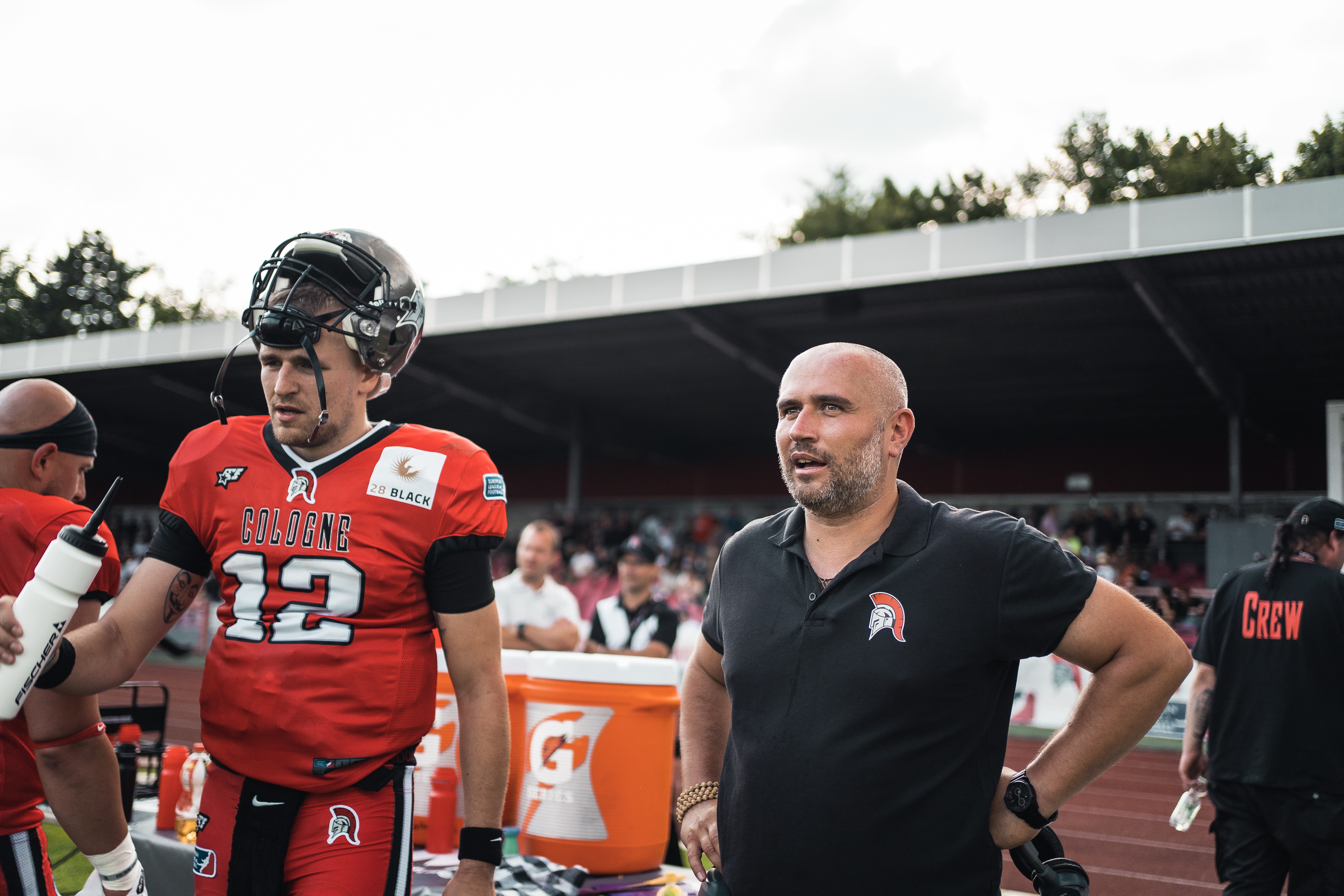 As the Cologne Centurions announced today (Wednesday), the Centurions and Head Coach Frank Roser will go their separate ways in the future. After a victorious finish, but a rather disappointing season, Roser commented as follows:

‍
"I don't like to talk about "would have and what if", but for me there was much more in the 2022 season. We got off to a very good start and showed what we were made of in the first three games, even against two playoff contenders" said the coach. "Unfortunately, some things also went wrong and then we didn't manage to consistently show what we are capable of. Other teams did that better and then deserved to win against us. I am very grateful that I had the chance to lead the Cologne Centurions as head coach in 2022."

New coach for a talented roster

The departure does not come as a surprise. Big decisions are now coming for the Centurions. A talented roster wants to be led. Nevertheless, Roser finds positive words: "It's comforting for me that our offense has made it into the top five in the league and that our quarterback Jan Weinreich has the third-best stats in the ELF. And I am very happy for our two players Flamur Simon and Leander Wiegand, who now have the opportunity to show what they are made of at the NFL Combine in London."

"I've met a lot of great people here in Cologne and I'm very grateful for that. I will keep these things in my heart. I have decided to step down as Head Coach and return to my home country for the time being. I want to pursue my passion and self-employment in Breathwork and coaching first."

‍
General Manager David Drane is also heading into an interesting off-season. Who will be head coach of the Cologne franchise?

The Championship Game is just under three weeks away!