The former Division I quarterback transitioned to wide receiver in the NFL. Now, he joins the Hamburg Sea Devils in the European League of Football. 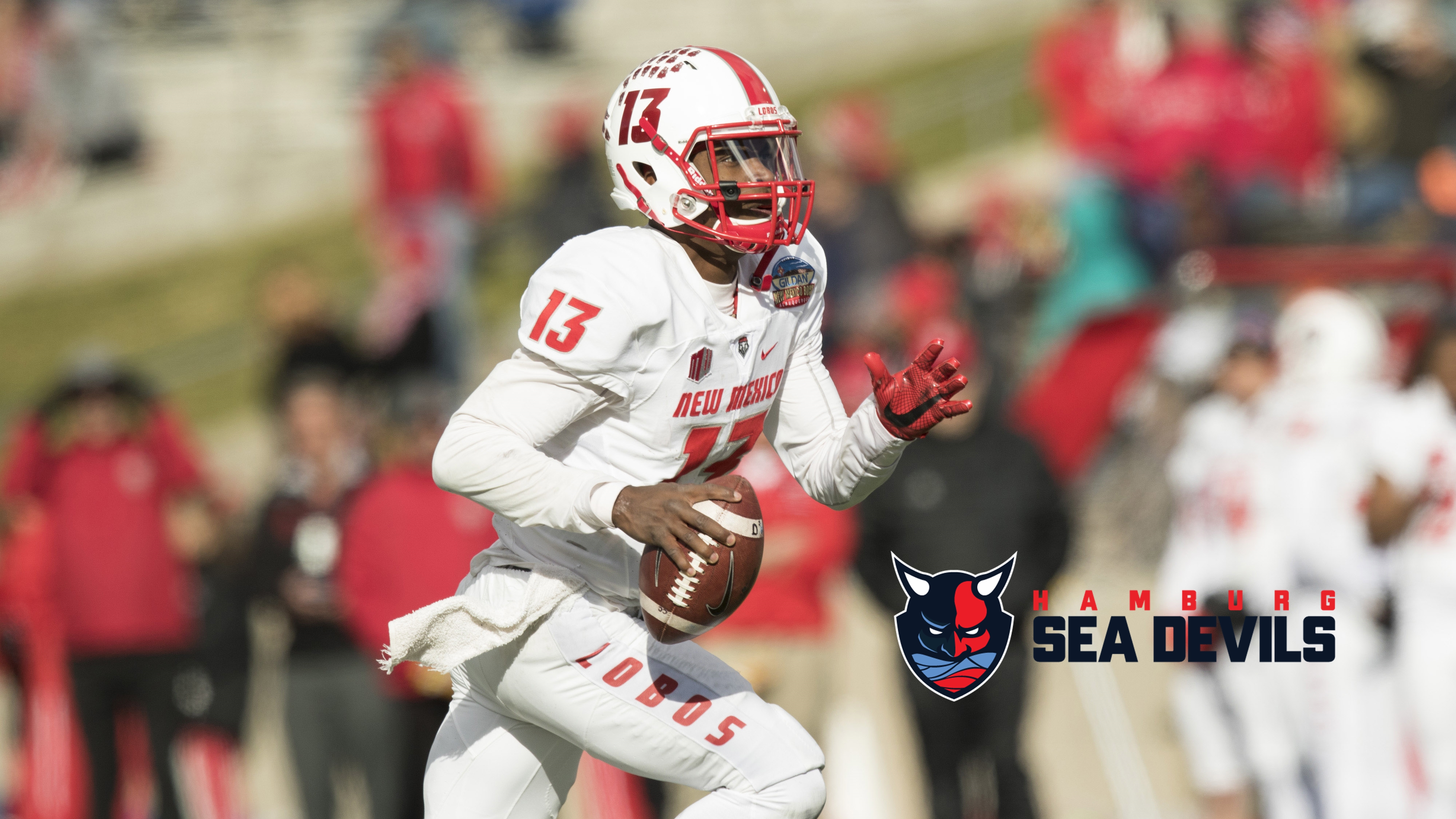 Former University of New Mexico starting quarterback and NFL wide receiver Lamar Jordan signed with the Hamburg Sea Devils in the European League of Football, as the team reported.

“I reached out to a couple of teams in the European League of Football and the Sea Devils were the only team that actually called and contacted me all within the same day. So, I had a good feeling about the organization”, Jordan explained in our conversation.

In his four years with the New Mexico Lobos in the Mountain West Conference, Jordan threw for 3,038 yards which led to 69 passing yards per game, 19 touchdowns, and 21 interceptions. On top of his stats as passer, Jordan recorded a total of 2,283 rushing yards and 14 total rushing touchdowns during his time in New Mexico.

“It was a blessing being a 4-year starter at UNM. I met some lifelong friends who I now call my brothers and [I] also met many people from the New Mexico area”, Jordan commented on his college football experience.

Jordan further explained how his short time in the NFL helped him to develop into an even more professional athlete: “My time training in Atlanta really changed and impacted my gameplay because they taught me how to be that dynamic guy teams have to look out for each and every week. Many hours of training and watching different sources of film helped out a lot”.

“Anthony Mahoungou from Frankfurt Galaxy was my motivation. [I] trained with [him] during pro day training in California. [I have] been watching him and keeping in touch ever since”, Jordan commented on his motivation to join a franchise in the European League of Football.

The American wide receiver already has some goals in mind for the upcoming season, as he explained in our conversation: “My goals for the team are to bring a championship to Hamburg and [to} be an explosive dynamic asset to my organization”.

In love with Europe’s fans

“[…] I love how excited and loud the fans get in Europe! I can’t wait to hear them at the games this year!”, Jordan explained. He added: “I am very excited. Coming from America as well as Texas, football is a big part of our lifestyle. So, to see that high level football is being played all over the world is a blessing”.

When asked what the fans can expect from him, Jordan had a simple response: “The fan[s] can expect a God first game changer athlete”.