With Salieu Ceesay, one of the best local quarterback re-signs with the Hamburg Sea Devils for another season of the European League of Football. 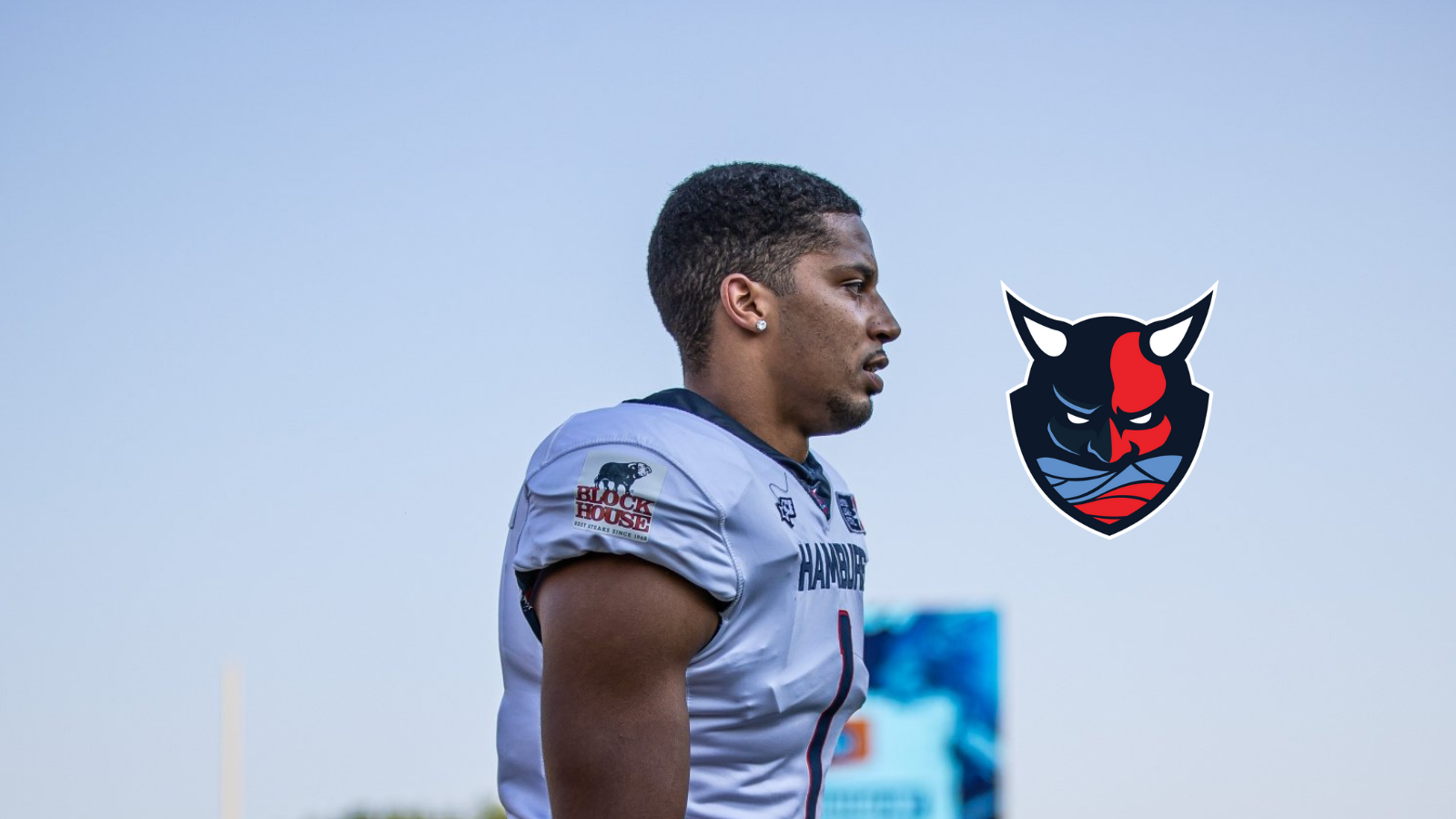 Salieu Ceesay will take over as the signal caller for the Hamburg Sea Devils. ©Lukasz Skiwot

Sea Devils trust German quarterback talent! With Salieu Ceesay, a German quarterback signs for another year in Hamburg. For the 2022 season, those responsible are "not only convinced that Ceesay has the athletic qualities, but above all the leadership qualities to succeed in the European League of Football", was published in a press release today. Ceesay showed his qualities with 134 yards, one passing touchdown and one rushing touchdown in just a few appearances. The 23-year-old from Lübeck is versatile and someone to look out for.

"I always wanted to be the Sea Devils' starting quarterback and never had any other goal. I am very happy about the decision.It is an honor to lead the Sea Devils onto the field next year as the starting quarterback. As a player and as a person, I want to continue to develop in the coming year, to strengthen our team, both on and off the field. We definitely still have "unfinished business" in the league," Salieu Ceesay is quoted with the expressed confidence of those responsible.

In fact, the North German has already been able to gain valuable experience. In 2015 and 2016, Ceesay ensured two seasons without defeats in the Lübeck Cougars youth, before the determined quarterback was drawn to California to Aquinas High School and finally, after several scholarship offers, to Azusa Pacific College (DIV II). The German quarterback-hope has been back in his home country since 2019.

"Salieu has already shown in the USA what kind of talent he brings. For us, he is one of the top quarterbacks from Germany. He was also one of the first German quarterbacks to ever be offered scholarships from the US. We trust him because for us he represents the prototype of a quarterback. As a leader and athlete, he can take our team forward." said Max Paatz, General Manager of the Sea Devils.

We already talked to Ceesay about his Offseason, having only him and Jan Weinreich as local starting quarterbacks. Look here.

More News about the Sea Devils