The European League of Football All-Stars win over the US Federation National Team.

A great day for the European League of Football All Stars. ©Maksym Lobachov

The best players in the European League of Football faced off against the US Federation National Team. Jakeb Sullivan and Madre London had to stay out of the game due to illness. This gave Salieu Ceesay and Jan Weinreich the opportunity to show of their skills. See the game here.

The U.S. Team tried to start the game of quick with veteran Josh Booty under center. Wide receiver David Akins II got involved early to take most of the targets of Booty, who also found Seantavius Jones for more than 10 yards on a quick slant. After getting hurt on a pressure by Evans Yeboah, Booty got out of the game and Connor Miller took over at quarterback.

With Miller having to lead the offense for the US team, the following drive ended on an interception, picked off by Sebastian Gauthier, linebacker for the Championship Team Frankfurt Galaxy. Both teams had problems with getting the offense going, with Adams, Ameln and Ampaw all being stopped after short gains. Without any break, the defense of the All-Stars sacked Miller on the next drive on first down over Odeleye Adedayo, then forced a fumble over Kyle Kitchens, recovered by Adedayo. In the red zone, Weinreich did what he can do best, getting the quick passes out. In that case to Dragons wide receiver Remi Bertellin on a quick seam for the touchdown to lead the game 6-0.

This momentum kept on going. After receiving the ball, the U.S. team could not convert, had to punt,and got their punt blocked by Defensive Player of the Year Kyle Kitchens and afterwards scored on with a field goal by Andersen. With 9-0, the All-Stars set the stage for more, including both Ceesay as well as Weinreich in the game. Miller tried to put the team on his back finding Andrew Cravedi, Justin Jordan and including running back Charles Arnold for first downs.

Going for it on 4th-and-1, the U.S.Team could not convert, and the All-Stars took over. With Ceesay under center, a double threat got included. The young quarterback is feared for being highly athletically gifted. Banat, Ampaw and Ceesay held the drive alive and got into the 40-yard range to put Andersen up for a field goal, extending the lead to 12-0. And it did not stop there! Just when Miller had hope, Polish linebacker Ogrodowczyk forced another fumble with defensive tackle Evans Yeboah recovering the fumble for a touchdown.

A brutal first half for the U.S. Team, with the All-Stars now leading with 19-0. And it got even worse. The All-Stars showed up and dominated. Roedion Henrique intercepted Miller on the first play of the new drive and returned it to the opposing 16, but could not profit from it, because Davarus Shores intercepted the ball yet again by Ceesay. Couple of tackles later, Miller fumbled again, ending the first half with zero points for the US team.

The second half started like the first one ended: With pressure by both defenses. Both first drives started with fumbles on each side. On the All-Star side, Vincent Buffet got the hands on the ball, but not profiting from the turnover. But something happened in the locker room of the U.S. Team athalftime.

Coming out on the second drive, Miller got rid of the ball quickly, throwing smoke screens over and over again to the outside, helping to get into the red zone. Seantavius Jones then caught the ball on a motion call on a great seam route over the left, converting even the two-point conversion over McCathern on the right.

Both defenses took care of business, leaving the U.S. Team behind with 19-8. Both offenses got nice drives together but having problems to score. After a nice pass by Miller, Shores fumbled the ball into the hands of Joshua Poznanski. It wasn’t the best day of football for the U.S. Team.

Zetterberg, Grube and Kitchens brought pressure all day long. Right after another sack by Kyle Kitchens, Miller was intercepted by Daniel Laporte again and picked off for a pick six. Two defensive players of the Sea Devils scored against the US team, having quite a nice day. With Miller under pressure over and over, the game was set to be over early with a 26 – 8 lead for the All-Stars. A Kyle Kitchens sack ended the game for both teams, showing what kind of talent is hidden in Europe. 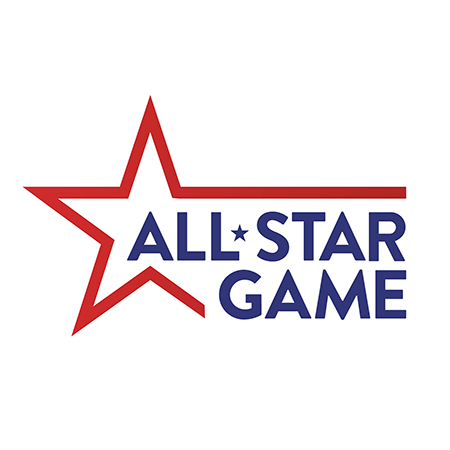