Another European League of Football franchise has found its quarterback for the 2023 season. 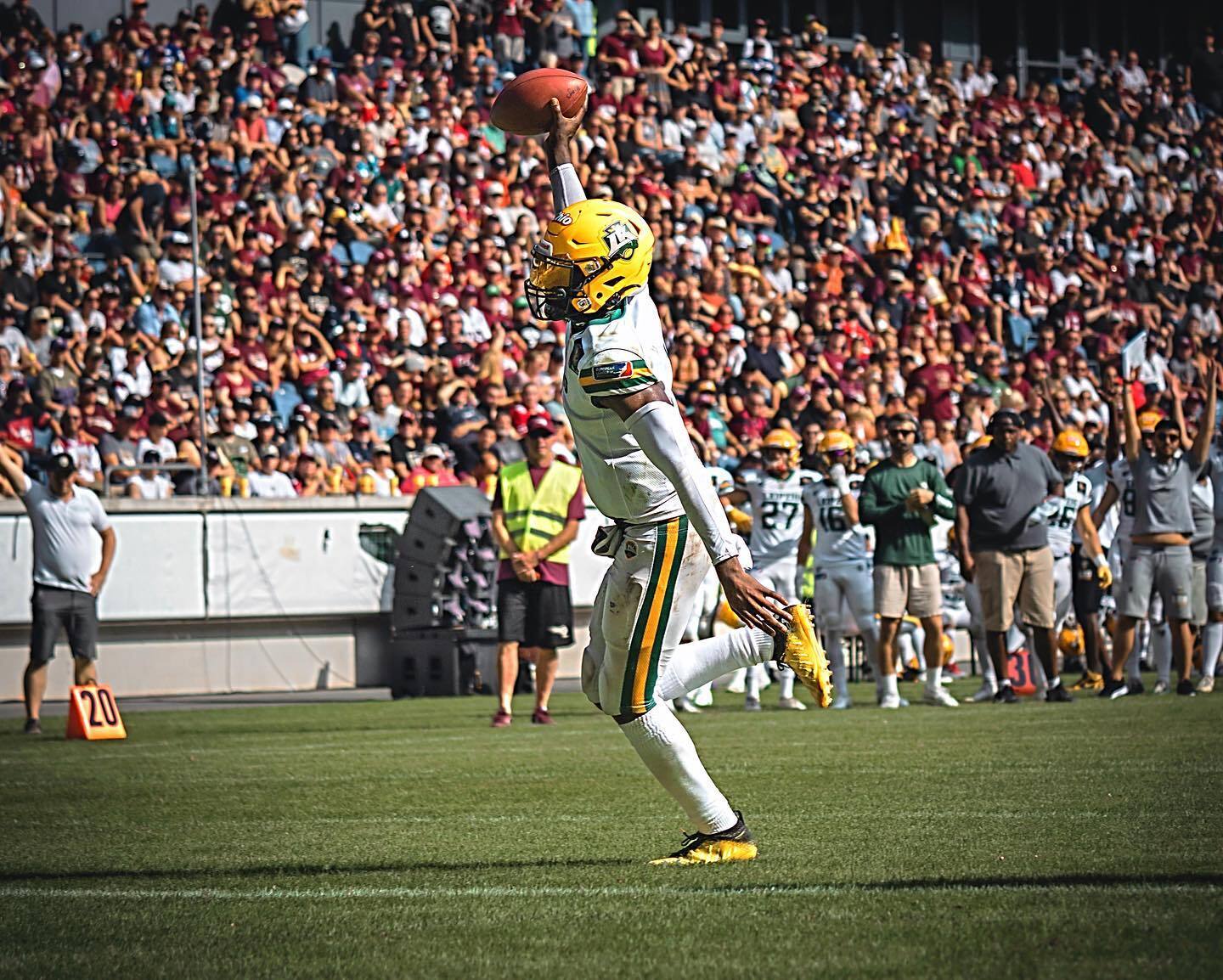 Gabriel Cunningham is the new starting quarterback of the Fehérvár Enthroners. © Simon Braun

See his highlights against Rhein Fire

Who is Gabriel Cunningham?

Gabriel Cunningham will lead the franchise in their first season. A three-sport athlete in high school, Cunningham played quarterback, as well as point guard on the basketball team and ran track.

After graduating from high school, Cunningham spent time at a prep school before spending time with the Texas Tech Red Raiders, New Mexico State Aggies, and Scottsdale Community College Fighting Artichokes. Since 2019, the Alabama native played professional football in Germany, Brazil and in the United States, before returning to Germany in 2022, to join the Leipzig Kings.

European League of Football stint with the Kings

During his impressive three-game stint in Leipzig, the dual-threat quarterback threw for more than 650 yards and 10 touchdowns, while only getting picked off three times. Additionally, Cunningham rushed for over 350 yards and three touchdowns on the ground. A 300+ total yard and five touchdown performance against the Rhein Fire in week 14 earned Cunningham the Chio MVP of the week honors.

If the former Texas Tech quarterback can replicate his numbers from the past season, the Fehérvár Enthroners will be a way better team than many fans assume.