This afternoon, the European League of Football announced the conferences in which all twelve franchises of the league will compete in. 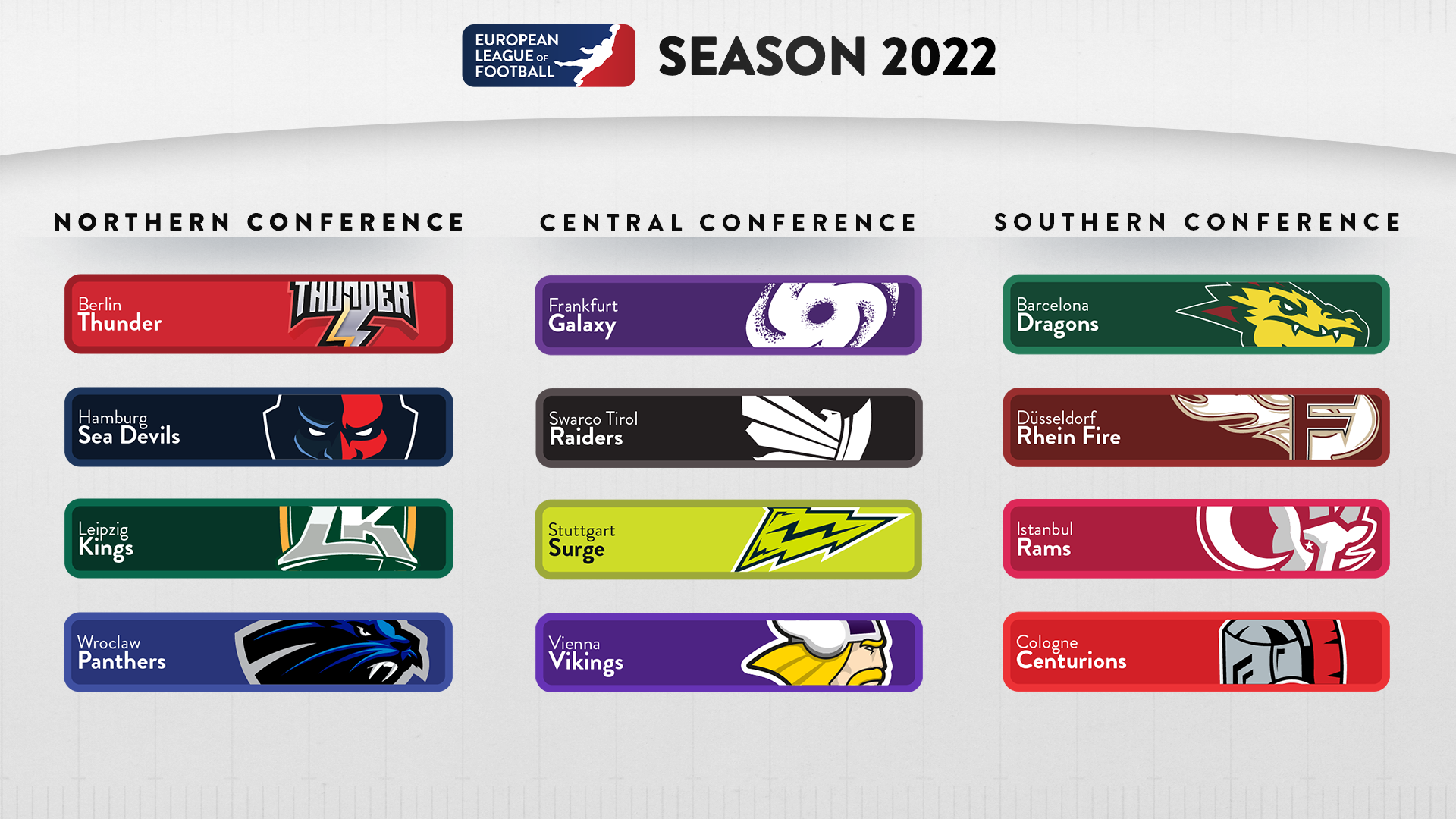 With four new teams added to the original eight franchises that took part in the league’s inaugural season, the league mixed up the conferences and created some interesting matchups.

Below you can find the three conferences with their dedicated franchises.

The Northern Conference is the only conference of all three that keeps all four franchises of the inaugural season. The Berlin Thunder, the Wroclaw Panthers, the Leipzig Kings, and the Hamburg Sea Devils will compete for a spot in the playoffs.

The Southern Conference keeps the Cologne Centurions and the Barcelona Dragons. However, the league paired the Istanbul Rams and the Düsseldorf Rhein Fire with the two franchises of the inaugural season.

The Central Conference is a brand-new conference which features former Southern Conferences franchises Stuttgart Surge and the reigning champion Frankfurt Galaxy. Along with the two teams from southern Germany, the Vienna Vikings and the Raiders Tirol will compete for spot in the playoffs.

Commissioner Patrick Esume is excited about the three conferences and the twelve teams that will compete for the second European League of Football Championship:

“[…] I am convinced that a fascinating season with a great line-up lies ahead of us, the quality will increase once again. Rhein Fire is another brand coming back from the NFL Europe that has loyal follower to this day and has great potential. The Vikings and the Raiders are the best that Austrian football has to offer. Istanbul is a world metropolis, the Rams a grown organization. We are totally happy."

European League of Football CEO Zeljko Karajica commented on why the league decided to roll with twelve franchises in 2022 instead of adding more:

"We are very happy with our field of participants. The interest after the first season was very high, we held intensive talks until the end, but in the end we made the decision to complete the first expansion stage as originally planned. Of course, the temptation has been great, but it doesn't always make sense to overtake yourself"