The European League of Football is hosting its first All-Star game against the U.S. national team on October 3. 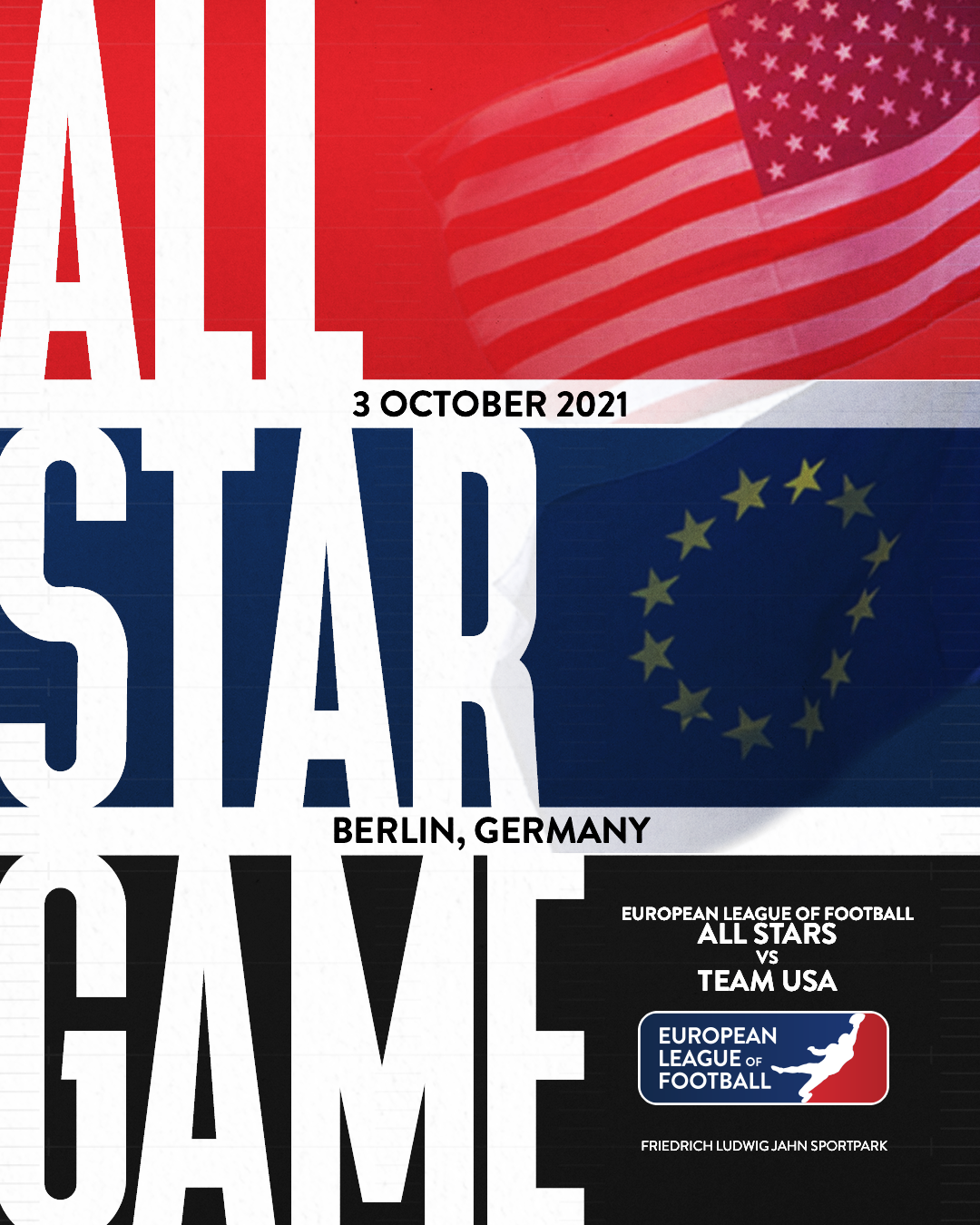 The Championship Game of the European League of Football is the sporting highlight of the 2021 season and will take place on September 26 at the MERKUR SPIEL Arena in Düsseldorf. But the crowning finale will come a week later in the capital: On October 3, the continental league's all-star team will face the U.S. national team at Berlin's Friedrich-Ludwig-Jahn Sportpark.

"We are very happy that the best players of the European League of football will be competing with the U.S. Federation of American Football team on German Unity Day. We will be fielding guys from all franchises and fans can look forward to great sport, but also to an attractive program for the whole family," says Zeljko Karajica, CEO of the league.

"The match between the All-Stars of the European League of Football and the U.S. national team willbe a worthy ending to our premiere season. The first weeks of our league have shown the high level at which football is played in Europe. With the selection of the U.S. Federation of American Football is coming to the Jahn-Sportpark. The fact that the team will be traveling to Berlin a week before the game to prepare, shows how seriously they take the game," explains Patrick Esume, Commissioner of the European League of Football.

"The football fans in Germany can be sure that we will field a team that will be on par and represent the United States with pride. We are following very interested in how American football is developing in Europe. With the European League of Football, a league has been established that is a great product, both in sporting terms and beyond. We are really looking forward to the time and the game in Berlin," says Head Coach Rudy Wyland, looking ahead to the trip to the German capital.

The United States is a record World Champion - the team has participated three times and won gold three times: in Japan in 2007, in Austria in 2011 and at the home World Cup in 2015. The next tournament will be held in Australia in 2023. At the 2017 World Games in Poland, the USA won the bronze medal, the victory went to France in the final against Germany.

On Oct. 3, the United States national team will then challenge the All-Stars from the European League of Football, which is made up of the eight franchises Berlin Thunder, Hamburg Sea Devils, Frankfurt Galaxy, Cologne Centurions, Stuttgart Surge and Leipzig Kings from Germany as well as the Panthers Wroclaw from Poland and the Barcelona Dragons from Spain.

Get your tickets here!