The Championship Game will not only feature Europes top-teams, but also one of the most beautiful stadiums. 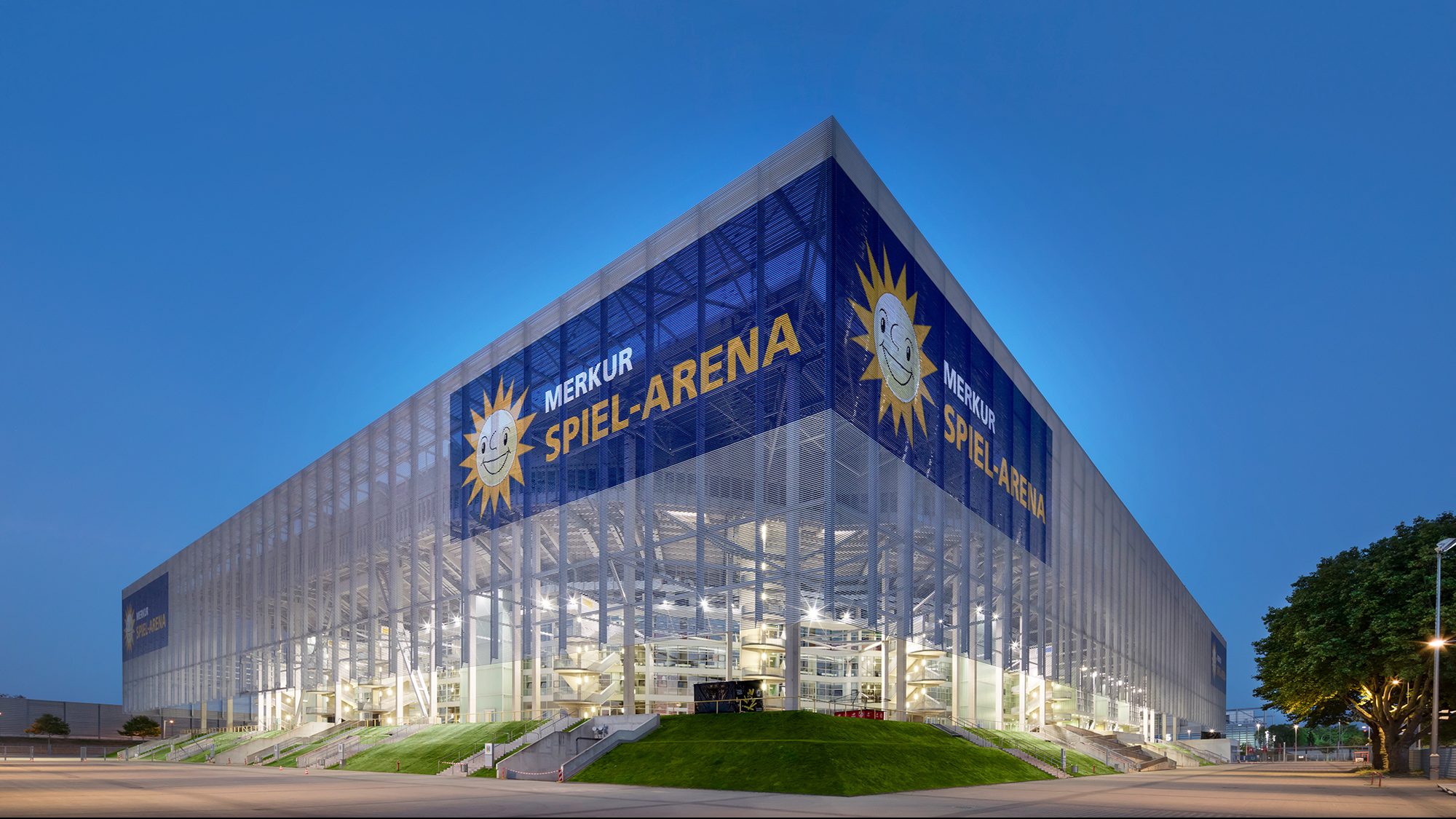 Being located at the Rhein river, the city of Düsseldorf was once a hotspot for European Pro Football and a fan-magnet; and withit, the MERKUR SPIEL-ARENA. Formerly named LTU-ARENA as well as Esprit-Arena,the ARENA can host up to 54.600 spectators at soccer games and up to 66.000 fans at concerts. The arena was build from 2002 to 2004 just under twokilometers away from the Rhein next to the industrial fair. It comes with a bigvenue next to it as well as great accessibility to the city center of Düsseldorf. Visitors are able to reach the stadium by car, by public transportation, and by bike, enticing over 30.000 people on average to soccer games in 2019.

The first ever game was played in 2004 between second tier soccer club Fortuna Düsseldorf and Union Berlin, with Düsseldorf having this arena as their homefield. The Arena was used for multiple purposes such as concerts, ice hockey games or car races; it started hosting some of the biggest events the city saw in ages. Fortuna Düsseldorf used the stadium from once it opened, first tier club Bayer Leverkusen as well as KFC Uerdingen hosted some games as well.

A former giant has also played its games there from 2004 to 2007: Rhein Fire. While the team existed from 1995 to 2007, the American Football team Rhein Fire played their home games at the „LTU-Arena“. Over 24.000 people joined the game on average in the year of 2007. While also hosting some games in Gelsenkirchen, Düsseldorf was the home of many footballfans, coexisting with the Düsseldorf Panther who were founded in 1978 and are the oldest football club of Germany.

The history of the city speaks for itself and is the perfect spot to host the first European League of Football Championship Game on September 26th. The Arena stands out through its remarkable design. The colored seats are definitely a highlight as well as the architecture which is characterized by the exciting superimposition of the rectangular, transparent screen facade and the rounded inner body with its stadium bowl. As fans who attend the game are from all over Europe, the stadium bowl will be flooded by thousands of fans waiting for the big game, chanting and delivering a great atmosphere.

Even prior to the game, the stadium plaza is able to bring the fans together to talk about football. Football that was last hosted in the stadium in 2010, when the German national team met the Japanese National team in a German Japan Bowl. Now the arena returns to the big stage. Natural grass delivers the perfect opportunity for the Galaxy and Sea Devils to thrive. The fans will do the rest.