The Vienna Vikings are publishing more and more signings for the upcoming European League of Football season. With Leon Balogh already signed, now Grünsteidl and Kranich have been signed to add talent and experience to the defensive line. 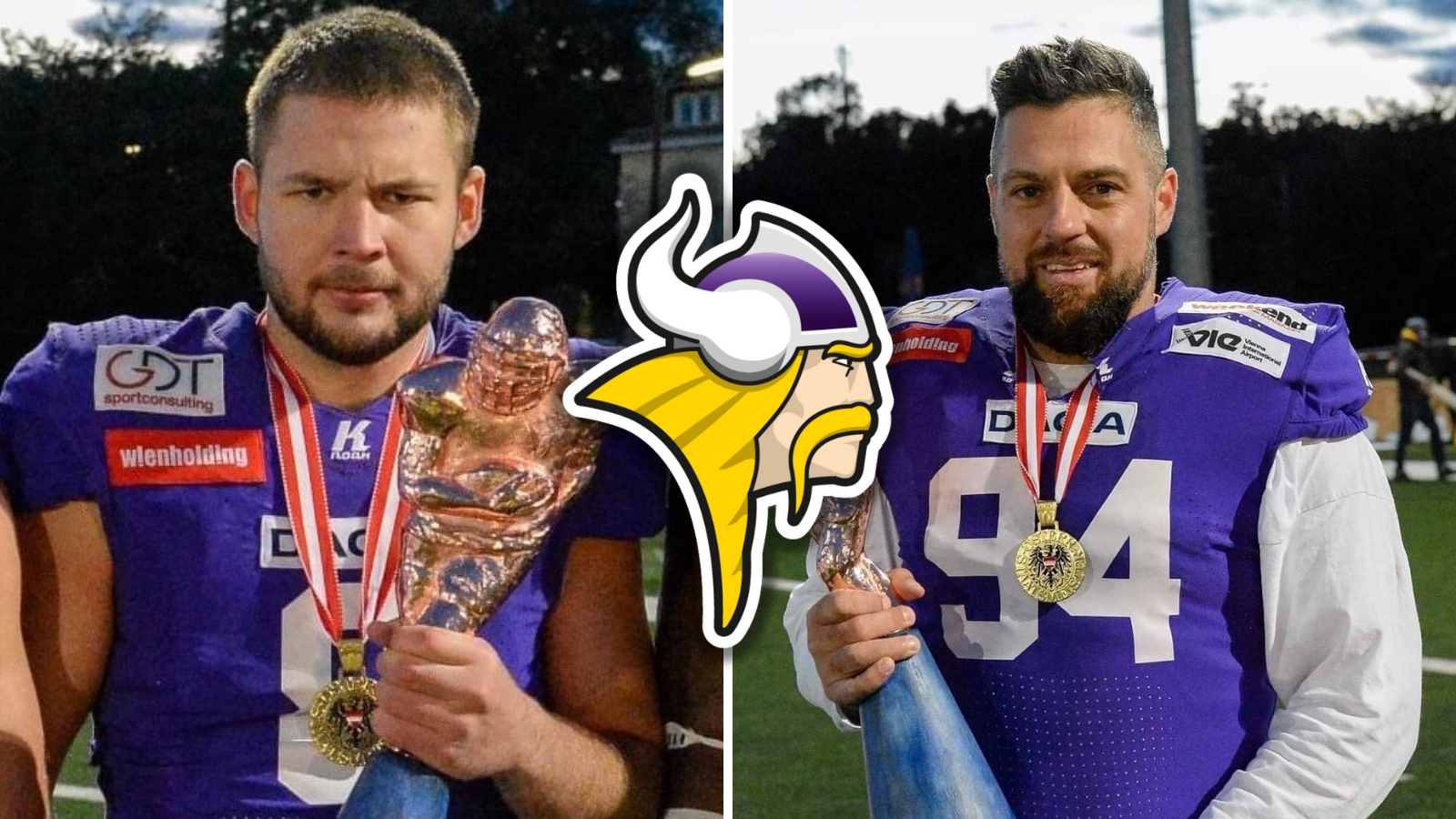 Oskar Kranich and Florian Grünsteidl will be in the European League of Football Vikings squad next season. ©Peter Kramberger

Experience meets talent! With the defensive linemen Florian Grünsteidl and Oskar Kranich, the Vienna Vikings not only add depth to the trenches, but also homegrown power. While Oskar is 22 years old, Florian plays football for the same amount of time. Grünsteidl was born in 1982, won the austrian title several times and comes with four european titles already. With 122kg, the defensive lineman will add a lot of experience to the young European League of Football roster, being in the club since 2005.

"When we found out that we would be playing in the ELF, you could feel a return in the players and coaches. You could see the joy and motivation in everyone's eyes. The ELF is the strongest league in Europe and after 22 years of football, it is a special challenge and motivation for me to play on this big stage and to show my performance." is Florian Grünsteidl being quoted by the Vikings.

With Oskar Kranich comes a young-gun. 112 kg and 1,90 m height are making it not less impressive. "I basically like how professionally the whole league is raised, that you notice there is someone behind it who has a clue about the matter. In addition, the highest level of football in Europe is played in the ELF and of course you want to be competitive." said Oskar following his signing.

Both guys will try to hunt the opposing quarterback in the upcoming season next to already signed players like Leon Balogh and Maximilian Müllner.