The Kings load up their defense by extending one of the most important players on their team. 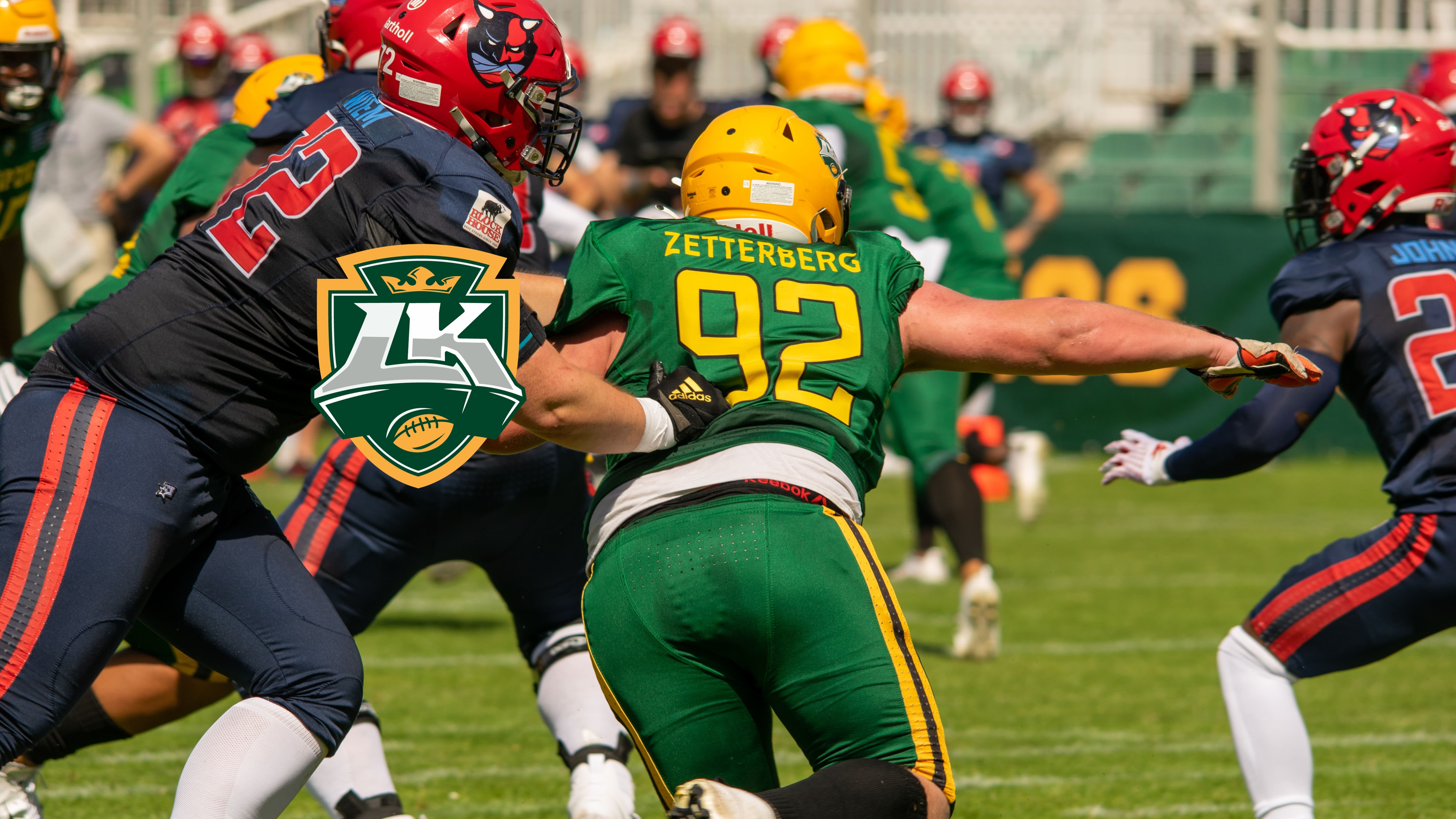 The Leipzig Kings re-sign defensive lineman Aslan Zetterberg to their roster for the upcoming season, as reported by the team.

“I’m very excited to go back and play in Leipzig. I think we’re going to have a great team and this time we’ll actually have time to prepare”, Zetterberg commented on him re-signing with the Kings. He added: “It’s truly a special place and it feels like my second home.”

Zetterberg went on by explaining how important it is for him to return to Leipzig this year: “[…] I think I owe it to myself but also the Kings and all the people behind it to come back and finish what we started. We also can’t forget the fans which I think are the best […] in the European League of Football. They stood by us through thick and thin and nothing beats playing in front of them”.

In his first season with the Kings, Zetterberg recorded 52 total tackles, 18 tackles for loss, 10 sacks, and one forced fumble. Only Defensive Player of the Year Kyle Kitchens had more sacks and tackles for loss on the Kings roster in 2021.

Because of Zetterberg’s incredible production in 2021, Kings head coach Fred Armstrong is more than happy to have him back for another year: “Aslan [Zetterberg] might be labeled an E [import], but he plays up to the standard of being a college football A [import] player in our league. In football slang ‘DOG’”.

As far as goals for the upcoming season are concerned, Zetterberg pointed out that the team is more important than his personal stats: “I don’t really have any big personal goals other than I want to be as good as possible to help the team win. I’m a team guy first and for me it’s always been more important to win football games rather than the stats category. My goal for us as a team is to win a championship. Also being a defensive guy, I want us to have the best defense in the league”.

So far, Zetterberg is joined by Dutch defensive back Roedion Henrique and American linebacker A.J. Wentland to make his goal of becoming the best defense in the league a reality.