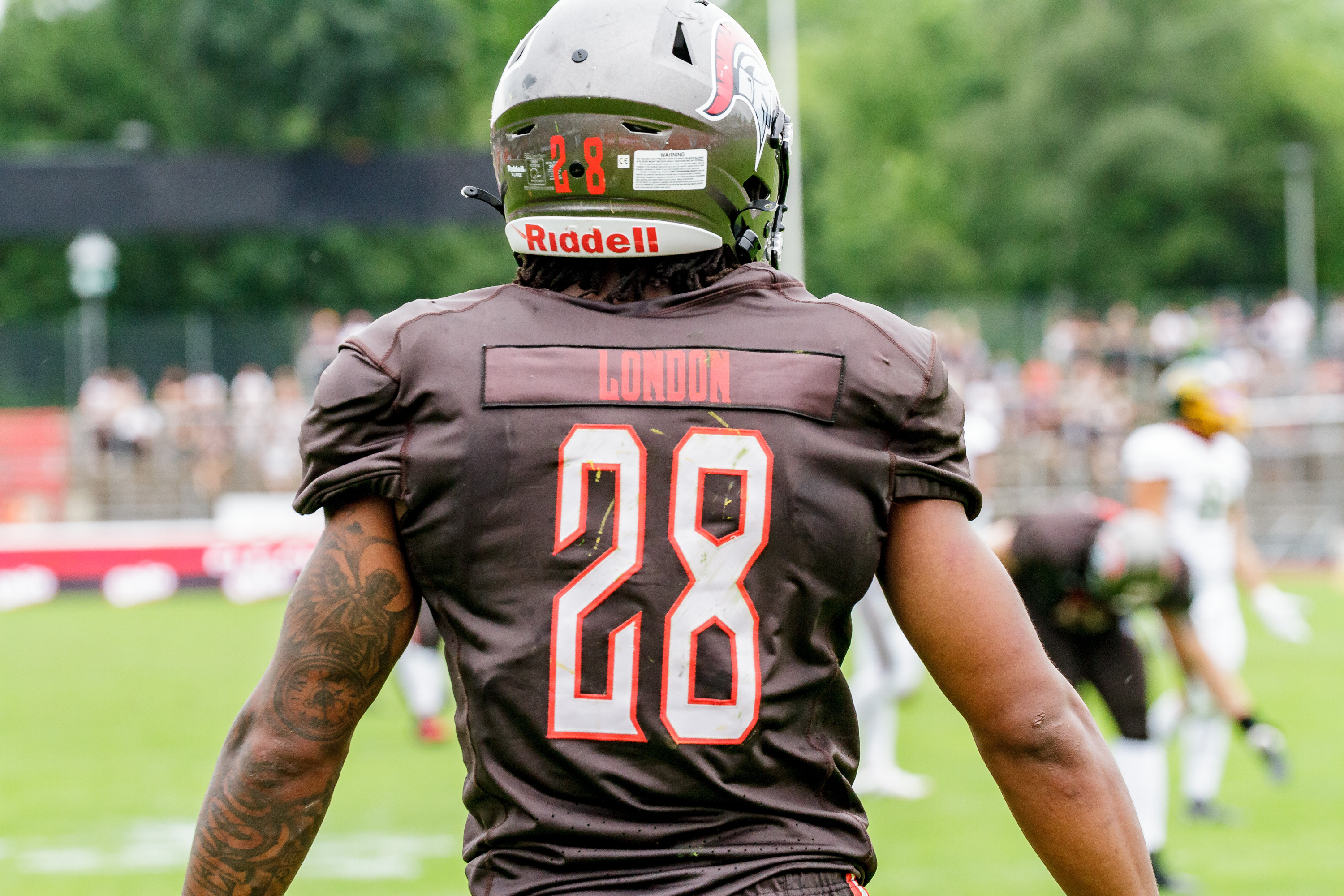 The Cologne Centurions running back Madre London had an impressive first outing in Poland last week with 269 rushing yards and three scores on the ground. No one would have thought that he could surpass this incredible game with an even better performance in week two. As the Barcelona Dragons travelled to Cologne to face their second conference rival in a row, all eyes were on the league leader in rushing yards: Madre London. He dominated the game on the ground with 352 rushing yards on 24 carries and four rushing touchdowns. If you add up his stats from the last two games, he had 621 rushing yards, seven touchdowns on 45 carries and therefore an average of 13.7 yards per carry. Those are just insane numbers for a running back after the first two games of a season.

In the first two weeks of the regular season, Madre London proved that he is one of the best running backs, if not the best running back, in the European League of Football. With his Division I football experience at Michigan State, the American does not look to slow down anytime soon. With over 2,500 fans chanting "MVP" in the fourth quarter of the game yesterday, London looks to carry this confidence and power into Cologne's next matchup. The reigning “Chio MVP of the Week” will play against the Leipzig Kings on the road in week three. Luckily for Leipzig, they have one of the better defensive lines in the league, but is that enough to slow down the rushing monster Madre London?