“It’s a privilege to win the MVP award” 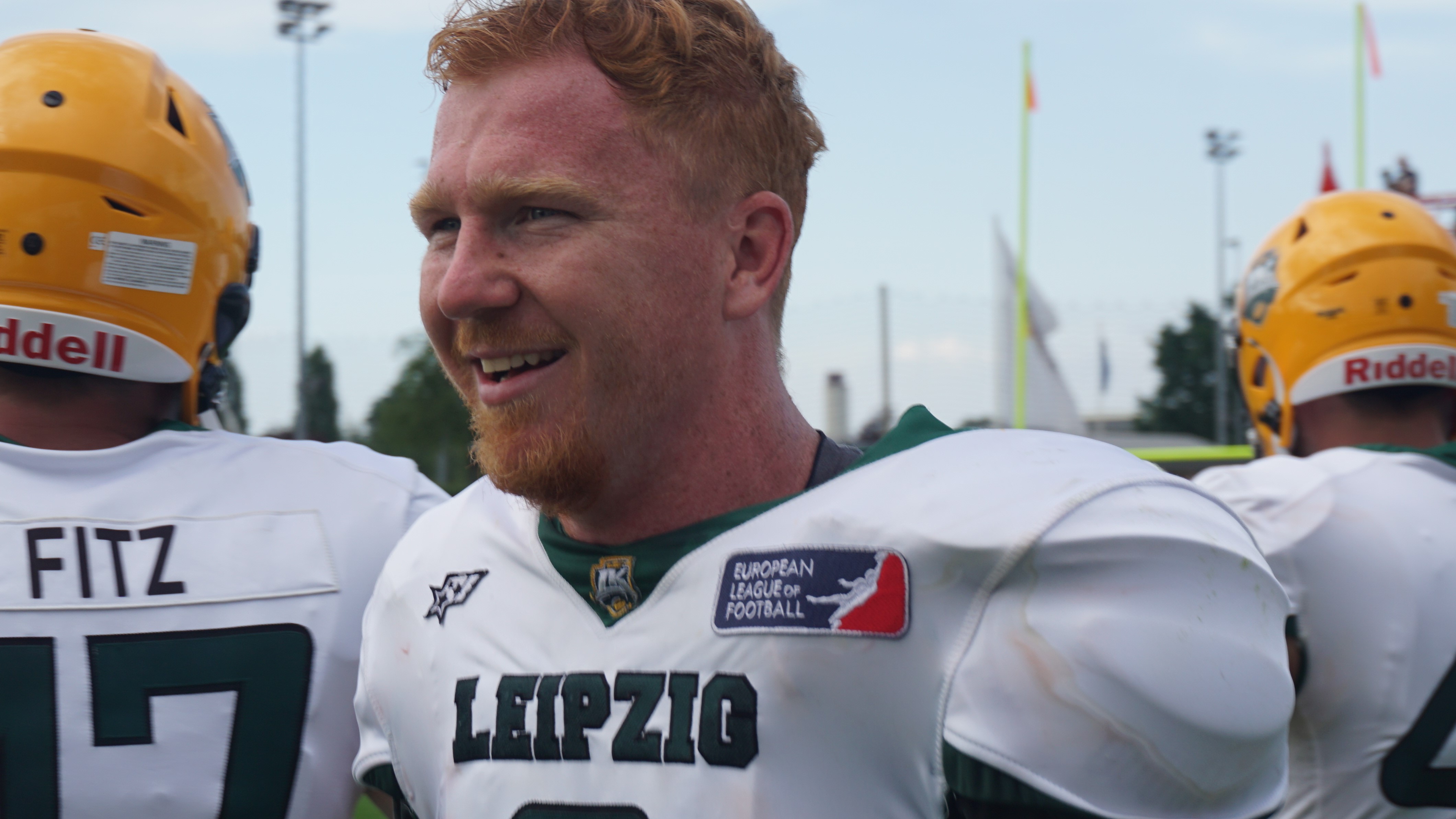 The tenth week of the regular season is over, and a lot of players stepped up to lead their teams to a win. One player stood out in particular who led his team to an unbelievable victory over the 4-4 Cologne Centurions: Michael Birdsong. The signal-caller for the Leipzig Kings delivered and threw for five total touchdowns and no interception. He managed to put 42 points on the scoreboard despite missing his receivers Yoshihito Omi and former “Chio MVP of the Week” Alpha Jalloh due to injuries.

The Most Valuable Player

Birdsong felt honored and privileged to be voted the “Chio MVP of the Week”: “It’s a privilege to win the MVP award, especially in a week when the other nominee had 5 sacks and a forced fumble, incredible stat line. [I] could not have done it without the big guy’s up front giving me time to get the ball in the air to the playmakers outside”.  The American quarterback touched upon the value of the Kings' running back as well: “Jason [Aguemon] running the ball the way he did definitely gave the passing game some more room to work with in the secondary as well”.

The reigning “Chio MVP of the Week” is also proud of his receivers: “I thought my wide receivers played great during the game, [Anthony] Dablé-Wolf and Jaleel [Awini] made two great TD catches high pointing the ball and “Baby Gronk” [Anton Doroshev] had a heck of a box out catch to end the first half.  Kyle Kitchens even had him a taste of the fun side of the ball with a great catch and run for six”.

When asked what he thinks of the defensive performance, Birdsong had a quick answer: “I was very proud of our defense and how they came ready to play one of the top offenses in the league.  I know they had a personal chip on their shoulders after the way the first game with Cologne [Centurions] went down and they delivered in a big way”.

No matter how good an offense performance, Birdsong knows that it also takes a great defense to win games: “They kept us in the game in the first half when the offense stalled for a few series. If you look at the last three games our defense has anchored us as a team by giving our offense more opportunities".

A New Fullback in Leipzig?

Birdsong also touched upon the value of defensive end Kyle Kitchens as a fullback on offense: “As much as Kyle [Kitchens] is trying to convince me to make this a larger part of the playbook, I think Coach B [Joe Bommarito] and Coach Malik [Jackson] would have a little something to say about that. But it is nice to know that is always an option, he is a heck of a football player”, Birdsong explained with a laugh.

The 4-4 Leipzig Kings will play the 7-2 Hamburg Sea Devils in week eleven of the regular season in the “Game of the Week” at 3 p.m. Tune in on ProSieben MAXX or on your Game Pass.