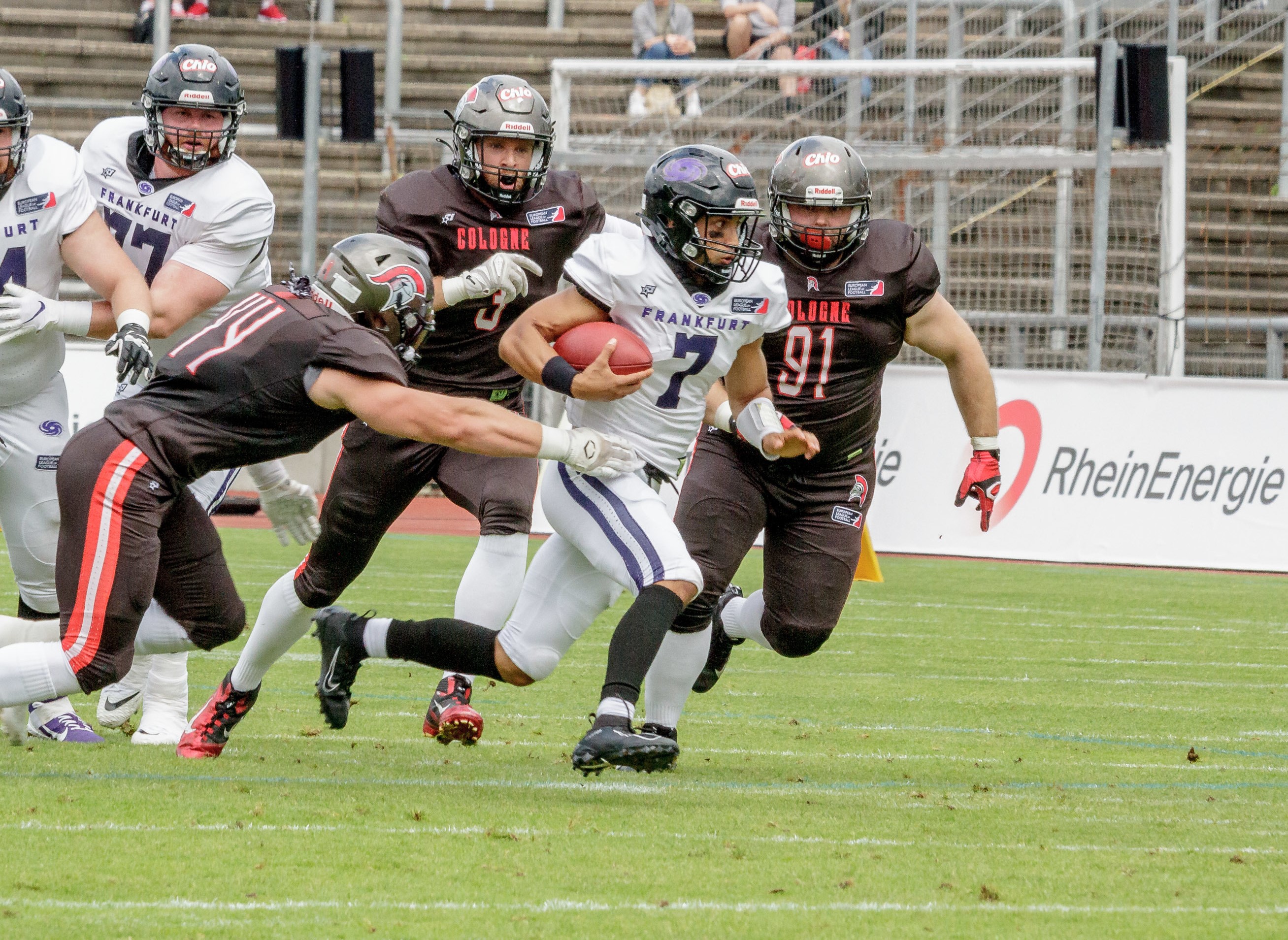 The fourth week of the regular season was full of outstanding games and highlights. However, one player stood out the most with his stellar performance against the Cologne Centurions: Frankfurt Galaxy quarterback Jakeb Sullivan. He was able to throw for five touchdowns and 270 yards on Sunday to secure Frankfurt’s third win in a row. Distributing the ball to ten different players on 18 completed passes and throwing his five touchdowns to four different wide receivers speaks for itself. In addition, Sullivan was only sacked once throughout the entire game and threw no interception which underlines his spectacular performance on Sunday.

Jakeb Sullivan’s football career started off in South Dakota where he was named All-Conference, All-State, Academic All-State, and Academic All-Conference in high school. Later in college, he was able throw for 3,576 yards and 32 touchdowns in his senior year at South Dakota Mines Hardrockers. He added ten rushing touchdowns that year and broke 17 school records which is why he was named the best Division II quarterback in 2018. After he graduated, Sullivan went on to play in Europe to prove his talent on an international level. He then signed with the Frankfurt Galaxy to lead their team in the inaugural season of the European League of Football. The reigning “Chio MVP of the Week” now looks to take on the Barcelona Dragons at home in week five.