Championship Game: A Closer Look at the Linebackers

Two All-Star linebackers on each team at the Championship Game! 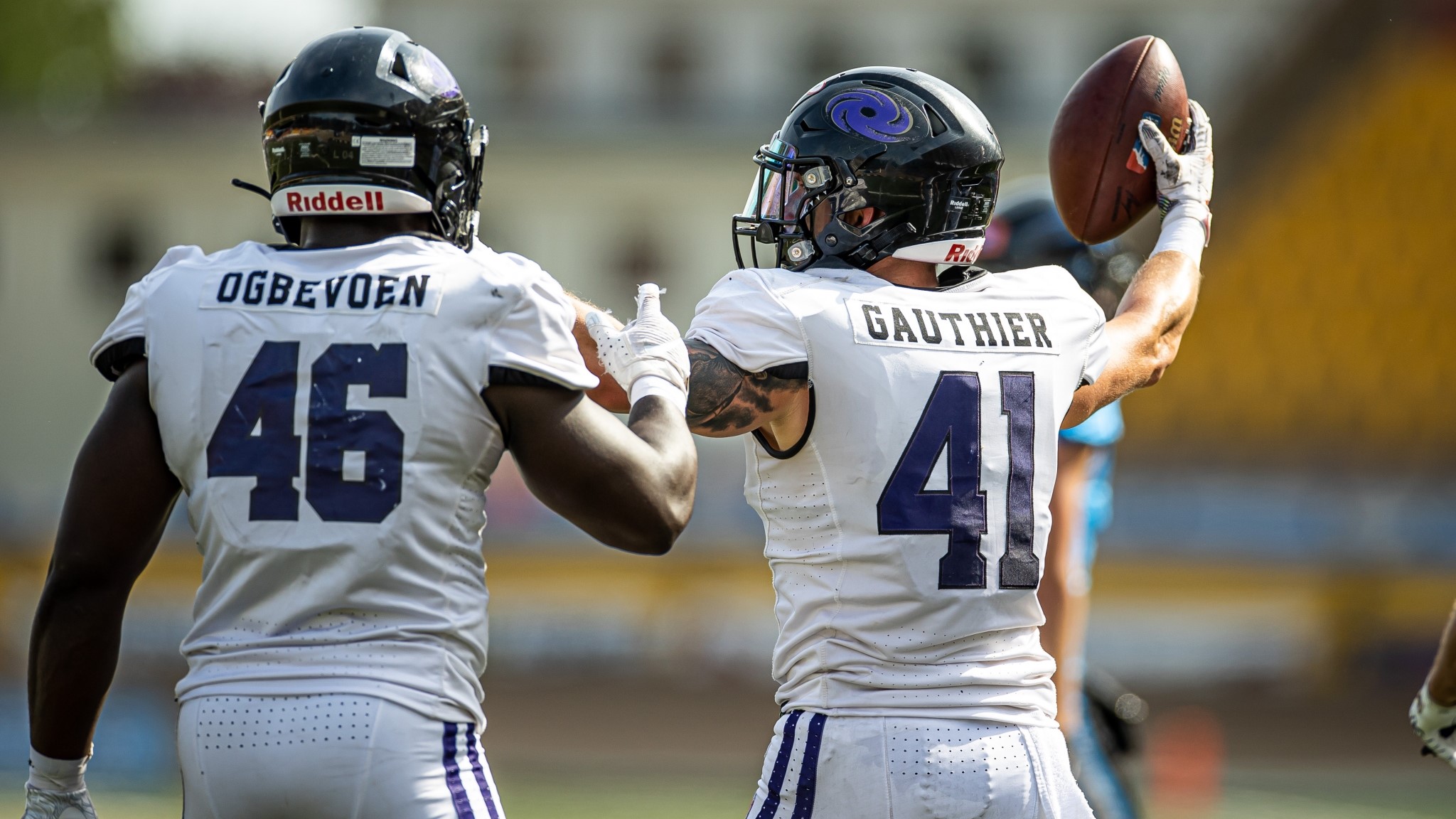 Galaxy LB Gauthier and Ogbevoen on the field against the Panthers in the regular season. ©Łukasz Skwiot

The Frankfurt Galaxy (9-1) and the Hamburg Sea Devils (7-3) both reached the Championship Game with great performances by their linebacker units.

The two teams were highly productive at the linebacker position in 2021 which shows when you look closer at the stats and their performance throughout the inaugural season.

The Frankfurt Galaxy (9-1) linebacker unit was responsible for 14.5 sacks and 125 solo tackles. On top of that, 49 tackles for loss, three interceptions and 3 forced fumbles were recorded by all Galaxy linebackers combined.

Gauthier alone recorded 76 total tackles, 46 solo tackles, 18 tackles for loss, six sacks, and three forced fumbles. He was also a force when defending the pass as he caught three interceptions as well. Gauthier is a force to be reckoned with and an all-around linebacker who can cover, defend the run, and rush the passer.

Sebastian Silva Gomez had a standout season as well with 53 total tackles, 20 solo tackles, 12 tackles for loss, and four and a half sacks. On top of that, he recorded one pass-breakup, one pass defensed and two forced fumbles. As already mentioned, Gauthier and S. Silva Gomez earned a spot on the All-Star team for the performances in 2021.

With the help of J. Silva Gomez and Ogbevoen inside, Gauthier and S. Silva Gomez are involved in a lot of blitz packages to put pressure on the opposing quarterback. So, look out for the Galaxy linebacker unit to be all over the field at the Championship Game.

The Hamburg Sea Devils (7-3) have two All-Star linebackers on their roster as well. Linebacker Miguel Alessandro Boock and Daniel Laporte both had a standout season in Kendral Ellison’s defense.

Overall, the Sea Devils linebacker unit was responsible for 17.5 sacks, 124 solo tackles, and 41 tackles for loss. They also recorded 4 forced fumbles while not catching a single interception throughout the inauguralseason.

The Sea Devils lost two of their most valuable players on defense this season with Jan-Phillip Bombek and Kasim Edebali. Bombek recorded a team-high eleven sacks and 17 tackles for loss in just seven games played. Edebali came up with two and a half sacks and two tackles for loss in just four games played. Nevertheless, Edebali provided constant pressure on the opposing quarterback of which other defenders, like Bombek, profited. Unfortunately for the Sea Devils, both players are still injured and likely to be out for the Championship Game on 26th September, as reported by the Sea Devils.

Despite injuries, another player was a one-man wrecking crew with only five games played. Team Captain and All-Star player Miguel Alessandro Boock recorded 42 total tackles, 6 tackles for loss, and one sack. On top of that, he had two pass-breakups and two passes defensed while being the leader on defense for the Sea Devils. He is definitely a player to look out for next Sunday!

The second All-Star linebacker on the Sea Devils roster is Daniel Laporte. The young linebacker recorded 63 total tackles with which he leads his team. He also came up with 25 solo tackles, six tackles for loss and one and half sacks. Having Laporte and Boock on the field together is a brutal when you think of their stout defensive line.

Other linebackers like Ambroise Mati or Matthias Spiegel are also quality players who will help the Sea Devils on defense. Mati leads the team with 28 solo tackles next to cornerback Justin Rogers and Spiegel leads the team with three forced fumbles.

Look out for an injured but still strong linebacker unit for the Sea Devils behind an even stronger defensive line on 26th September.

If you would like to see all linebackers make plays in Düsseldorf next Sunday, you still have the chance to purchase tickets via Ticketmaster.