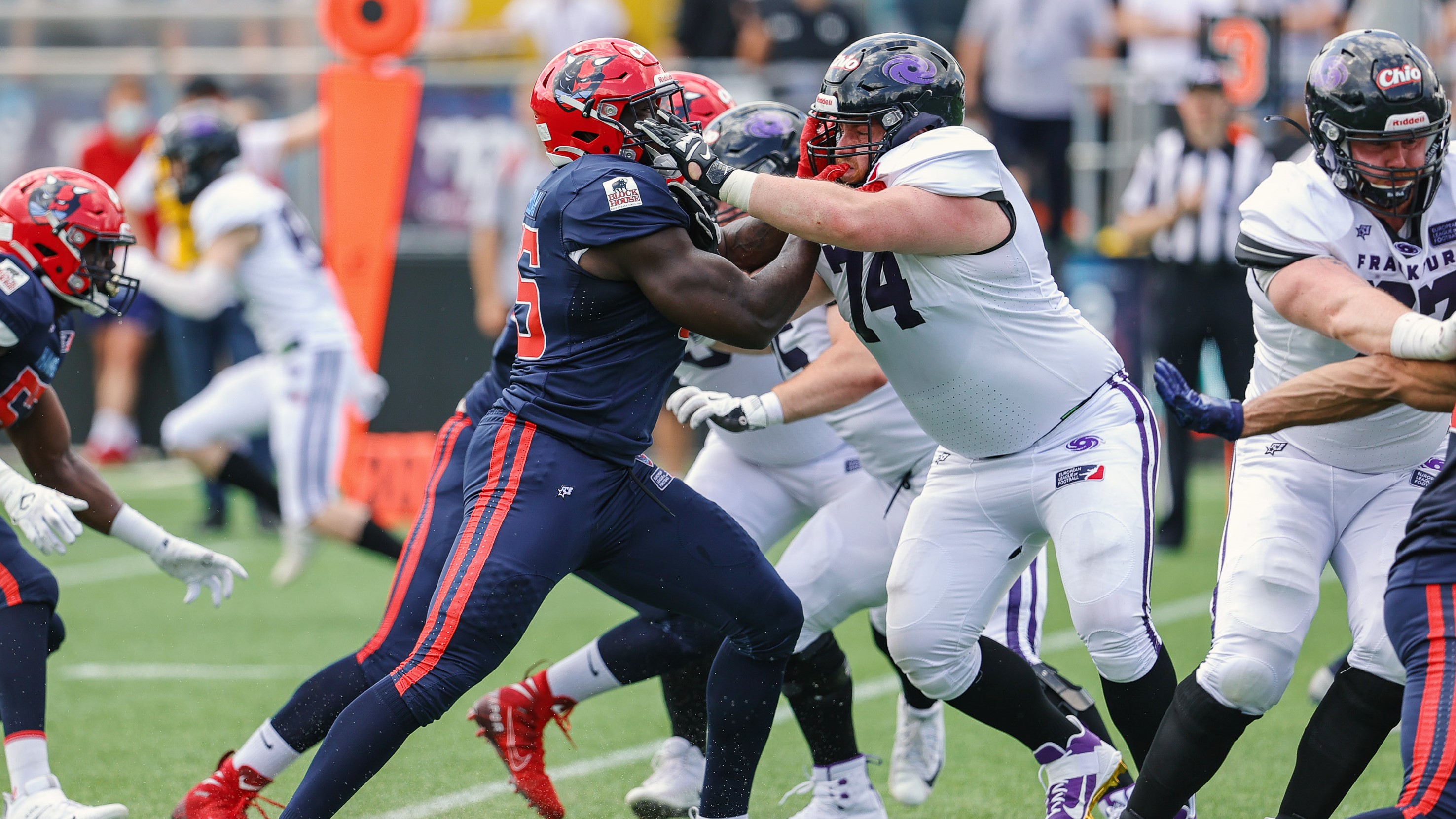 The Frankfurt Galaxy (9-1) and the Hamburg Sea Devils (7-3) both have outstanding defensive lines that could dictate the outcome of the Championship Game on September 26th.

Let’s have a look at both units and their production throughout the regular season and the conference playoff games.

Players that stand out with their performance and production are defensive end Kevin Maier, defensive end Ville Valasti, and All-Star defensive tackle Marc-Anthony Hor. All three of those players were set as starters against the Cologne Centurions (5-5) in the South Conference playoff game.

Especially defensive tackle Marc-Anthony Hor is a player to look out for in the upcoming Championship Game as he alone had twelve tackles for loss and six sacks for a combined loss of 100 yards over the course of the season.

A player that stepped up in the South Conference playoff game was defensive end Cedric Udegbe. He had six total tackles and one tackle for loss against the Centurions which ranked sixth among all Galaxy defenders, alhtough he did not start the game. He could be a difference maker as avaluable rotational player in the Championship Game.

Grube, Yeboah, and fellow defensive end Nelson Imasuen will look to pressure Galaxy quarterback Jakeb Sullivan in less than two weeks. Imasuen recorded six and a half sacks and 13 tackles for loss himself in ten games played.

Tickets for the European League of Football Championship Game are stillavailable via Ticketmaster.