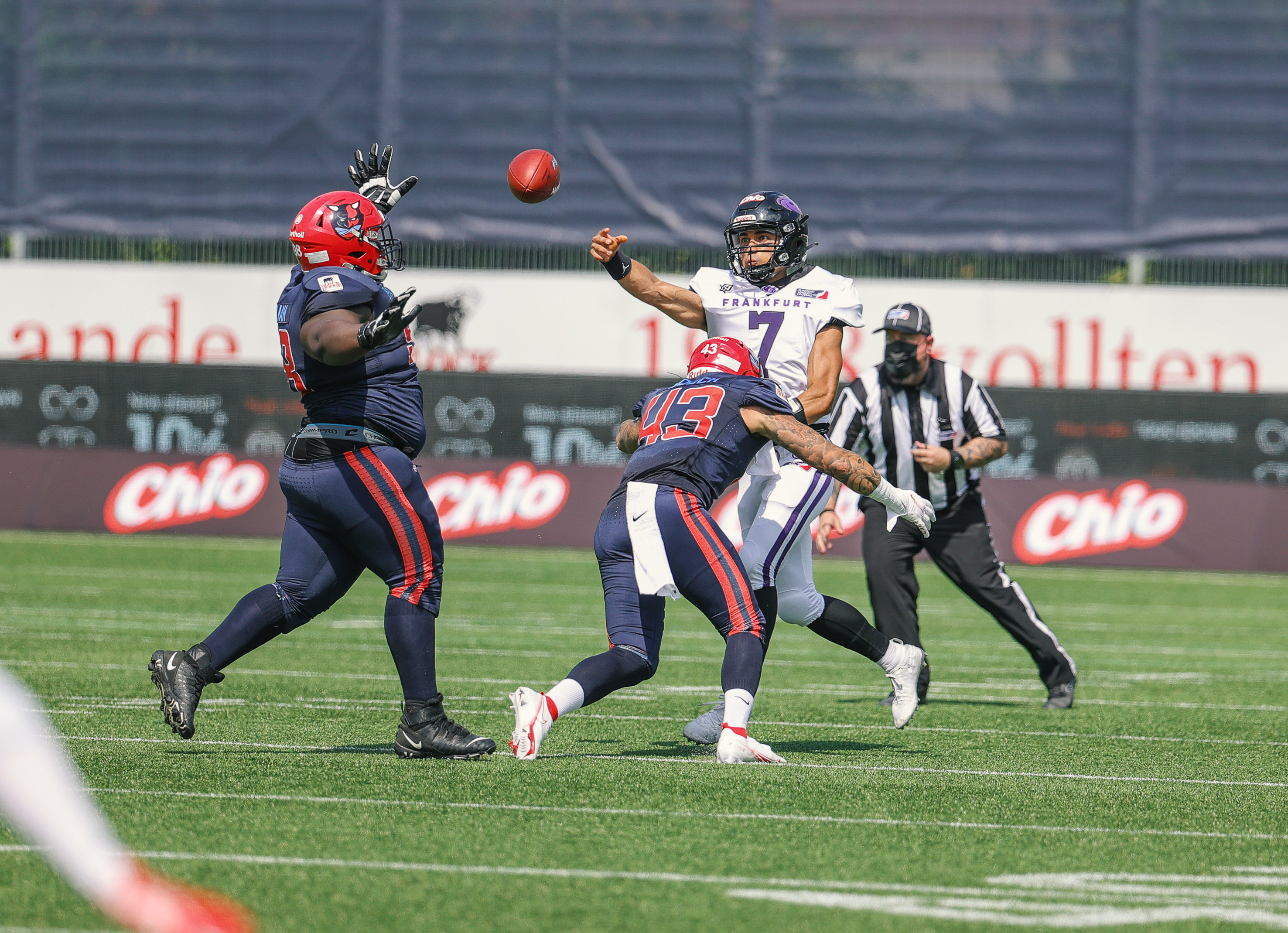 In this upcoming second week of the regular season, six teams will meet in three different cities to compete against new conference rivals. The Wroclaw Panthers will have their second game at home when they play the Leipzig Kings today at 6pm MESZ. On Sunday, the Cologne Centurions will host the Barcelona Dragons in the “Game of the Week” at 3pm MESZ. At the same time, Stuttgart Surge will take on their interconference rival Frankfurt Galaxy at home. Each game includes interesting matchups based on the team’s performances in week one.

The Leipzig Kings defensive front balled out last weekend. With a combined eight total sacks against Berlin Thunder, the Wroclaw Panthers will have to work hard to protect their reigning “Chio MVP ofthe Week” in quarterback Lukas O’Connor against a strong Leipzig defensive line. On the one hand, the Panthers offensive line only allowed two sacks throughout the entire game last week. On the other hand, the Leipzig Kings have three players on their defense with at least two sacks after just one game of the regular season. As a consequence, the Panthers need to dominate at the line of scrimmage to give quarterback Lukas O’Conner as much time as in week one.

What a stellar performance by Cologne Centurions running back Madre London in Wroclaw last week. London clearly leads the league in rushing yards and scores after the first game played with 269 total rushing yards and 3 scores on the ground. On top of that, London rushed for 12.8 yards per attempt and also caught two passes for a gain of nine yards. Consequently, the Barcelona Dragons will have their hands full with preventing Madre London to break lose once again. Otherwise, the running back will give the Centurions the advantage of dominating the game on the ground with a lot of first downs and most importantly: time of possession.

Frankfurt Galaxy Quarterback Jakeb Sullivan was held to 207 passing yards on 28 passing attempts when he played against a loaded Hamburg Sea Devils defense last week. With being under pressure a lot, the American completed many short passes to his wide receivers and running backs. The Stuttgart Surge were able to generate some pressure and sacked Dragons quarterback Zach Edwards twice in their first contest. Although Stuttgart had an interception against the Dragons in week one, they almost allowed 300 passing yards in their first game. On top of that, it will be interesting to see if their pass defense can hold up against former NFL wide receiver Anthony Mahoungou and other experienced Galaxy receivers. With that being said, Sullivan has a good chance to end up with more passing yards and an even better overall game in his second game.