After Maceo Beard got selected in the CFL Global Draft, the Berlin Thunder found his replacement in fellow Frenchman Amir Kilani. 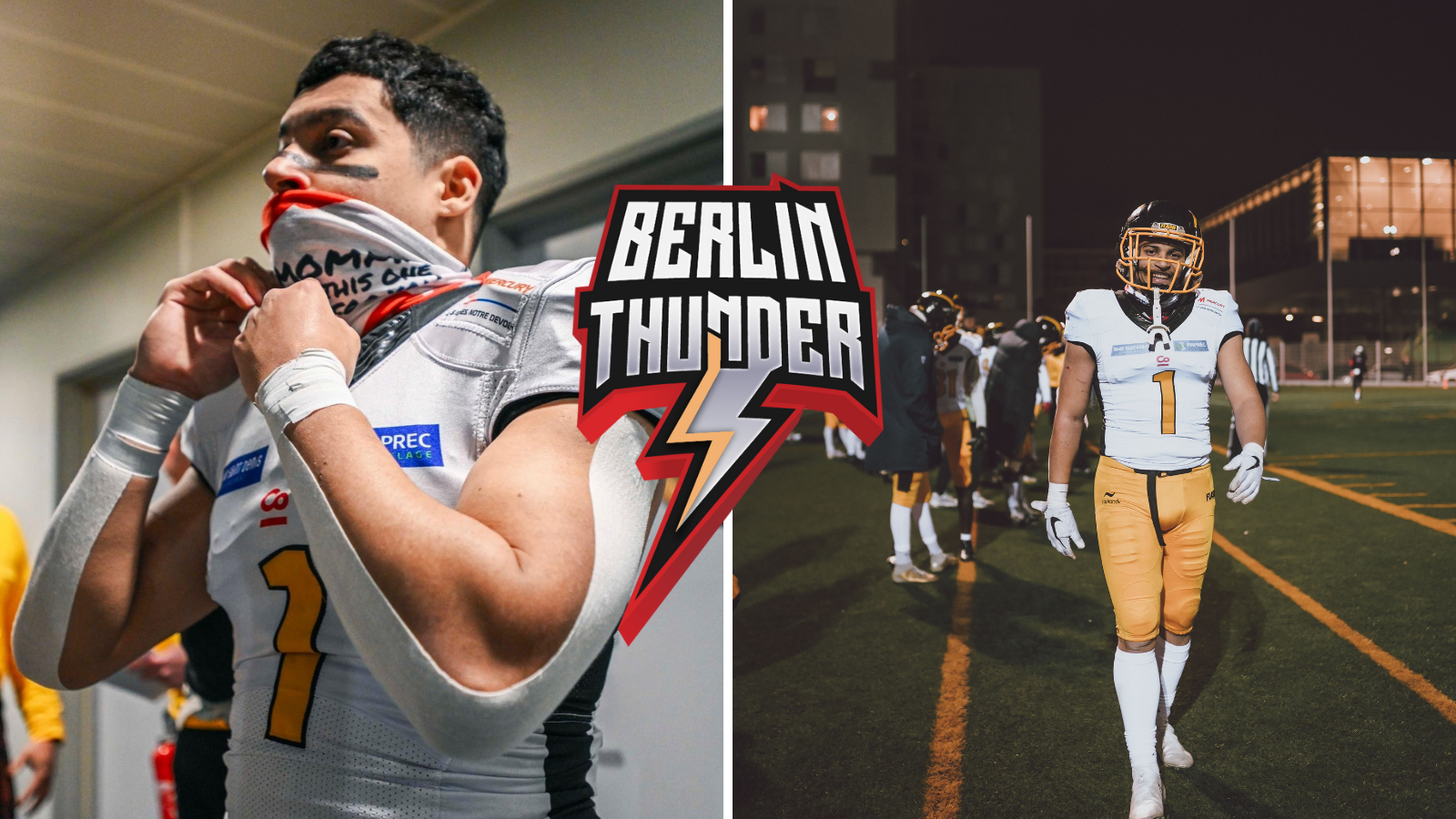 With Beard getting drafted to the CFL yesterday, the Berlin Thunder were fast signing his replacement. French defensive back, Amir Kalini will take over his role. With 1,80m in height, he is smaller than Beard but will bring a lot of hitting power with his 94kg. Being only 23 years-old, the Frenchman already played professional football in France and Finland before making his move to Italy, where he played for the Rhinos Milano in 2021. Now the young defensive back makes his way to Germany’s capital.

Head coach Johnny Schmuck is excited for his new player: “With Amir we managed to immediately fill the gap cap caused by the CFL draft with a lot of quality. I am very happy to have him on the team and we are all convincedthat he will have a big impact. Already knowing a few guys from Paris makes it easier for him acclimate here”