The Berlin Thunder are one of six teams with a losing record after week one. Will they be able to bounce back against the Rams tomorrow? 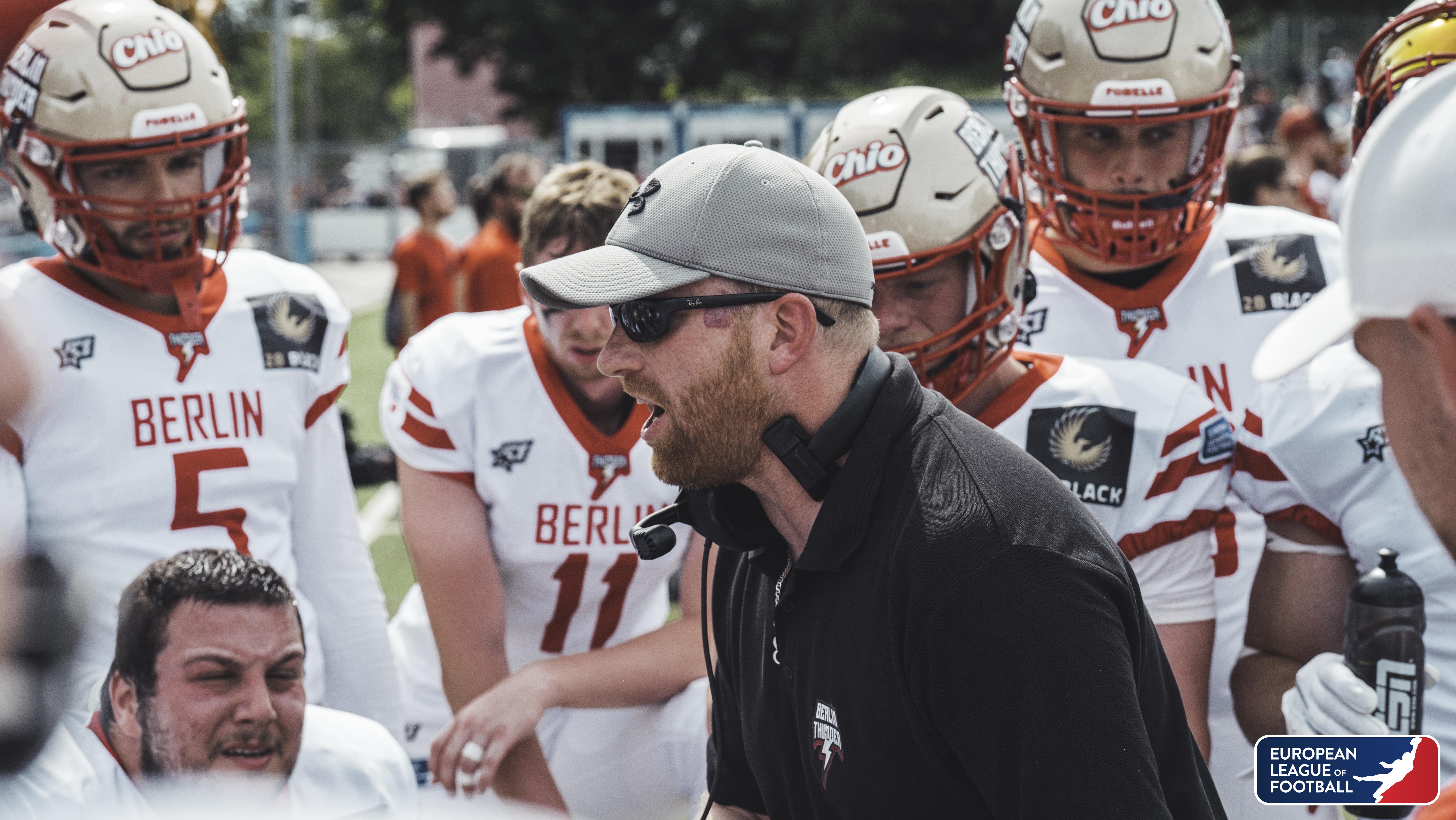 “I think the biggest part was not creating enough offense,” Schmuck commented on why the Thunder lost against the Sea Devils 43 – 18. “We didn't get into a rhythm, so our defense had to be on the field too much. In the beginning, especially first half, we didn't play a bad game on defense, but little individual mistakes make a big difference”.

After losing to the Sea Devils, the Thunder will host their first home game of the 2022 season against the Istanbul Rams.

Week 2 – Playing the Rams at home

On Saturday at 3pm CEST, the 0-1 Istanbul Rams will visit the 0-1 Berlin Thunder. But how will the German franchise stack up against a great rushing attack led by running back Tyrese Johnson-Fisher?

“I think the response we have to have is create better offensive play, have longer drives beyond the field more, and give our defense some breathing room,” Thunder head coach Schmuck explained. “As I said previously, I think our defense didn't play such a terrible game. I mean 88 passing yards also says something about our defense. So, it's not only the 250 rushing yards we allowed but it's also only 88 passing yards.”

After allowing almost 250 rushing yards in week one, the Thunder need to have a plan on defense to not make the same mistake again. However, Schmuck would rather like to get his offense going. “I think the plan has to be to just play a better game in general on offense, keep the defense off the field and then the defense will get us the stops and we'll be able to contain those running backs as well. And I'm confident in our defense. One game doesn't define our team or our defense or offense.”

In an interview, Schmuck also pointed out that German wide receiver Robin Wilzeck has to be utilized on offense next to establishing the run game through American running back Joc Crawford.

“So, Robin Wilzeck showed some potential and definitely, we want to use it more, we want to use the speed,” the Berlin Thunder head coach explained. “I think he can be a game changer […]. Also, Joe [Germinerio] has to get in a rhythm with our receivers some more. We're on a good path […].”

HC Schmuck: “Our whole offense had a bad game”

However, Schmuck also looked his importance as the play-caller which will put Berlin’s offensive weapons in the right position to win. “It starts with me, I have to call a good game against Istanbul, and I want to be in a good rhythm, keep the defense off the field.”