The 0-2 Istanbul Rams have released four players, have placed American defensive back Jamarii Milliken on injured reserve, and have signed two new American football import players to their roster! 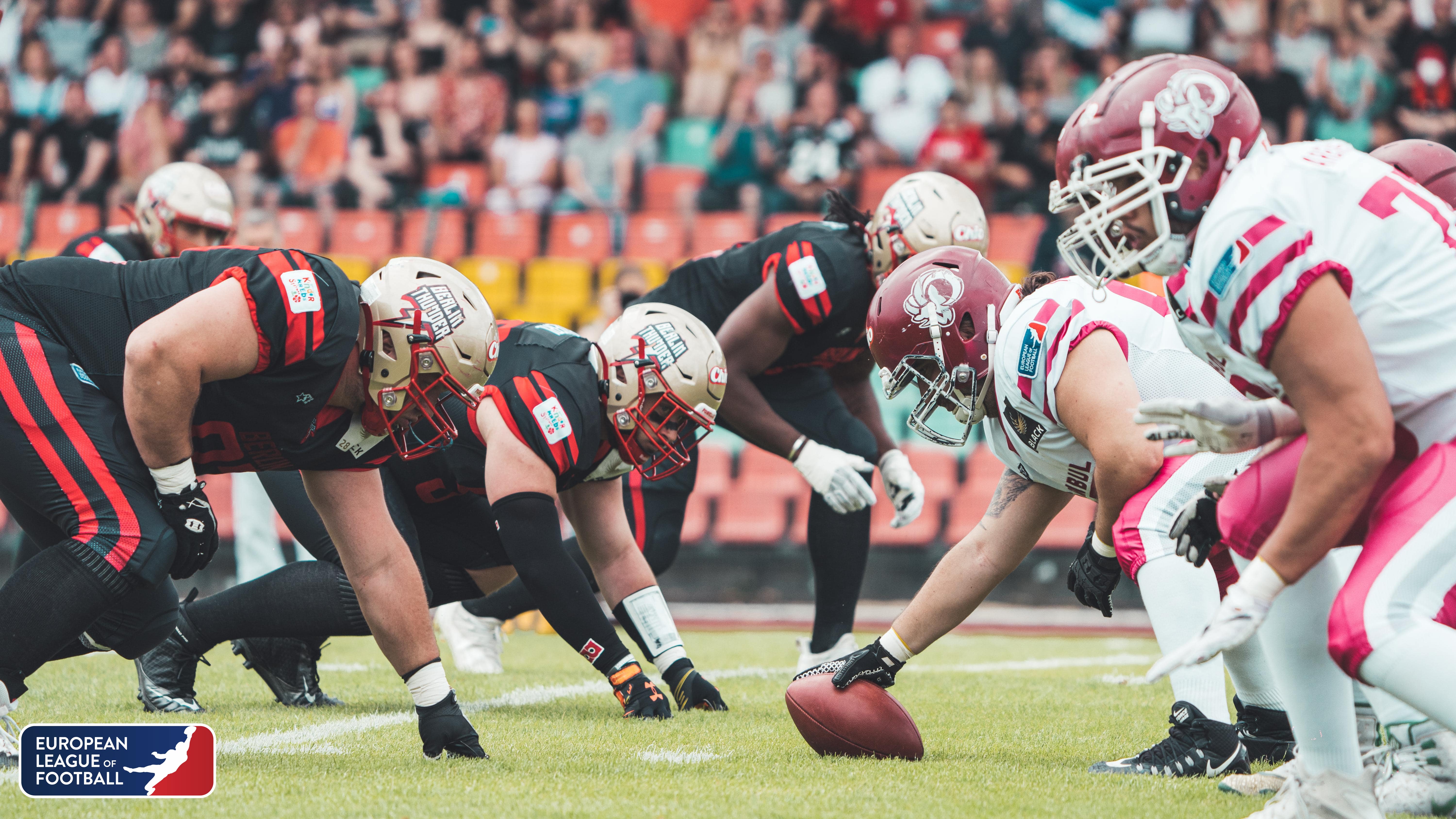 Berlin Thunder lining up against the Istanbul Rams in Week 2 of 2022. © Eric Mühle

Some teams stand at 2-0 at the top of their conference. Others have to adjust with a losing record to climb back up the conference rankings.

The Barcelona Dragons have released American defensive back Shawn Wilson Jr. To fill the open American import spot, the Spanish franchise has signed Jarius Denzel Moll to suit up for the Dragons starting this week!

The Dragons have also signed the homegrown player Josep Tricas Gonzales to their roster.

The Berlin Thunder have released French linebacker Rayan Khefif due to an injury. However, the German franchise has already found a replacement in former CFL linebacker David Izinyon who has signed with the team.

The Cologne Centurions have signed German player Nikodem Dawid Hernik to their roster.

Note: With the release of American running back Tre Kings last week, the German franchise still has one American import spot open on offense.

The Frankfurt Galaxy have lost American running back Gennadiy Adams and offensive lineman Lars Hampel for the remainder of the season due to injuries. They have also released French defensive lineman Vincent Buffet.

However, the Galaxy were quick to fill those free roster spots. Former Wroclaw Panthers and CFL defensive lineman Karlis Brauns will play for the Galaxy starting this week. The reigning champion has also singed German player Calvin Schuld to their roster.

Note: With these roster moves, the Galaxy still have an American import spot left on their offense to fill.

The Raiders Tirol marked Arno Schwarz and Niklas Sanin as inactive for their Week 3 matchup against the Berlin Thunder.

Players who are still questionable to play for the Raiders in Week 3 are left tackle Michael Habetin and Tinashe Chawaguta.

The Rams were one of the most active teams this week. The Turkish franchise has released Japanese wide receiver Muneyuki Kinoshita and British defensive back Chad Walrond. British wide receiver Kris Wedderburn was also released to a season ending injury alongside defensive lineman Najee Mundicha.

American defensive back Jamarii Milliken was put on injured reserved due to an injury.

With Milliken and Kinoshita not being on the active roster anymore, the Rams had two American roster spots to fill. On defense, American defensive back Darius Antwoine Lewis will join the Rams. On offense, American wide receiver Devin Brian Heckstall will come in for the Japanese wide receiver.

The Rams have also singed the homegrown player Samet Bilgin to their team.

The Leipzig Kings have signed German running back Joshua Nikolai Jacob to their roster.

The Vienna Vikings have released American defensive back Cody Smith as American linebacker and defensive lineman Blake Nelson will be activated from injured reserved this week.

However, the Franchise already filled the two American roster spots with running back Dreiay Nemiceo and linebacker Charleus Dieuseul.

The Polish quarterback Bartosz Dziedicz will take over for Hansen at the quarterback position.