The former NFL wide receiver Seantavius Jones returns to the European League of Football and signs with his former conference rival, the Leipzig Kings! 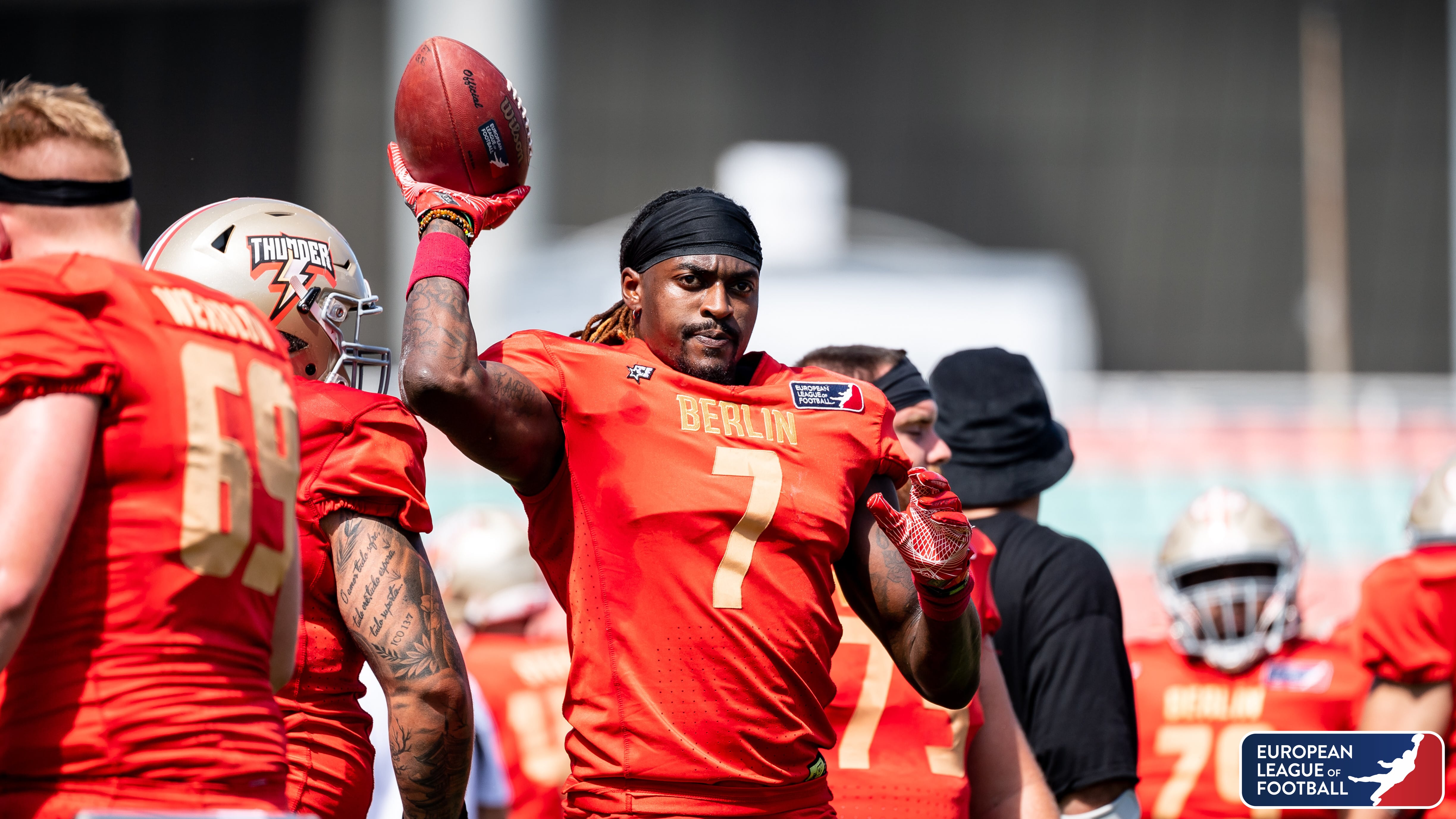 As the first week of the European League of Football came to an end, teams were looking for players to make their roster more competitive for weeks to come.

The Cologne Centurions announced the acquisition of Chinese wide receiver Shida Wang to their roster over a week ago. Now, the playmaker is ready to roll for his first game of the season against the Raiders Tirol this week.

The Galaxy were one of the most active teams over the last few days as far as roster moves are concerned. The reigning champion have put defensive back Falk Reuter, Simon Otto on Injured Reserved and released American defensive back Jermaine Brealy Jr.

On the flip side, the Galaxy have signed defensive lineman Thang Le Minh to their team. One familiar name also returns to the German franchise: former Chio MVP of the Week Moritz Johannknecht has re-signed with the Galaxy after playing for them in 2021.

Frankfurt has also signed American defensive back Jalen Embry to their roster to replace Brealy Jr.

In a stunning change of events, the Kings have decided to part ways with running back David McCants as an active player because of injuries, as reported by the team. However, McCants still remains with the Kings as the running backs coach.

However, the Saxon-based franchise uses the free American import spot to sign former NFL and Berlin Thunder wide receiver Seantavius Jones to their team. The ultra-athletic wide receiver caught 40 passes for 674 receiving yards and 12 touchdowns for the Berlin Thunder in 2021, before he was signed by the Ottawa Redblacks in the CFL. Now, the American wideout has signed a two-year deal with the German franchise that ties him to the Kings until the 2023 season.

With Jones,Anton Jallai, and former NFL wideout Anthony Dablé-Wolf, the Kings suddenly find themselves with one of the best receiving corps in the league.

The Kings have also signed defensive back Gabriel Kalus and offensive lineman Cem Altuntas to their roster this week.

The Raiders have released cornerback Lucas Veluire and offensive lineman Dominic Spielmann after their week one loss to the Vikings.

The Istanbul Rams have signed wide receiver Tolga Törün and defensive tackle Sinan Cingilli after their week one matchup against the Centurions.

The Stuttgart Surge have released running back David Kovacevic after their week one loss to the Barcelona Dragons.

The Vienna Vikings announced that they have moved American defensive lineman Nelson Blake to injured reserved. However, American defensive back Exavier Edwards will come back from injury and will dress up against the Frankfurt Galaxy this weekend.