The Stuttgart Surge are 0-2 after the first two weeks of the 2022 season.Will they be able to bounce back and find success this year? 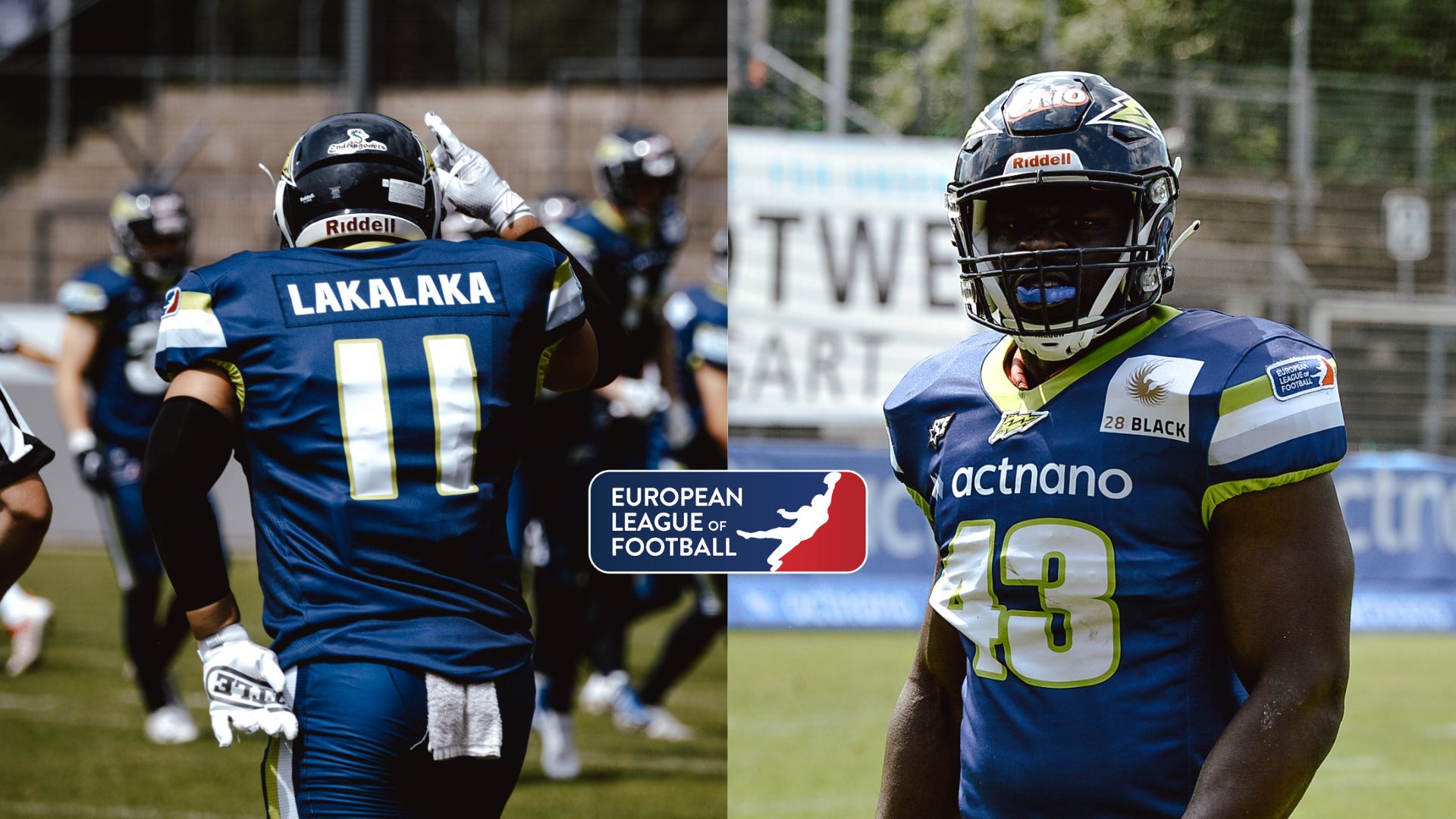 The Stuttgart Surge made a huge jump from week one to week two this season. Offensively, quarterback Randall Schroeder found some rhythm and connected well with his receivers Paul Steigerwald and Moritz Riedinger.

On the defensive side, the Surge had a great game again but could not close out the game at the end. Linebackers Ronley Lakalaka and Precious Ogbevoen both would like to turn things around for their franchise this season.

LB Lakalaka: “We play for [the fans]”

“Our team as a whole just needs to stay together,” American linebacker Ronley Lakalaka commented in an interview. “It is a long season and with a lot of emotions and the noise surrounding us, focusing on us and what we have to do, paying attention to detail, and playing for one another will help us get into the win column.“

With another great performance by the former San Diego State linebacker, the Surge were totalling four tackles for loss, one forced fumble, and one interception.

Lakalaka himself came away with 8 total tackles, one tackles for loss and recovered the fumble that was forced by his fellow teammate and linebacker Precious Ogbevoen.

LB Ogbevoen: “We cannot let our foot of the gas“

The Surge linebacker totaled 16 tackles with which he led the league in week two of the regular season. He also recorded one tackle for loss against the Panthers and even forced a fumble which was picked up by Lakalaka.

When asked what his thoughts of their week three opponent are, Ogbevoen underlined the all-around talent of the Vienna franchise. “TheVikings have not really showed any weakness in the first two games,“ Ogbevoen explained. “[Quarterback Jackson] Erdmann has been sacked a lot, but he is able to keep his cool. I believe the most import match up will be our defensive line versus the Vikings offensive line.“

In particular, the talented linebacker noted that former Sea Devils tight end Adria Botella Moreno and wide receiver Florian Bierbaumer are the biggest threats for the Surge this week. “The biggest threat on their offense are number eight [Adria Botella Moreno] and 89 [Florian Bierbaumer],” the Surge linebacker commented. “We cannot let them dictate the game. I believe that if we can keep both of them under control we will have a good chance to win the game“.

The two linebackers not only understand each other on the field, they also think likewise about the fans in Stuttgart. “My message to the Surge fans is to know that we play for them. The Surge fans are the best in Europe and bring a huge and positive impact to us. We love them!“, Lakalaka commented.

If the Surge can build on their game against the Panthers in week two remains to be seen. But it is certain that the Vikings will not be an easy opponent this Sunday.