The quarterback knows his head coach from his time with the Schwäbisch Hall Unicorns. 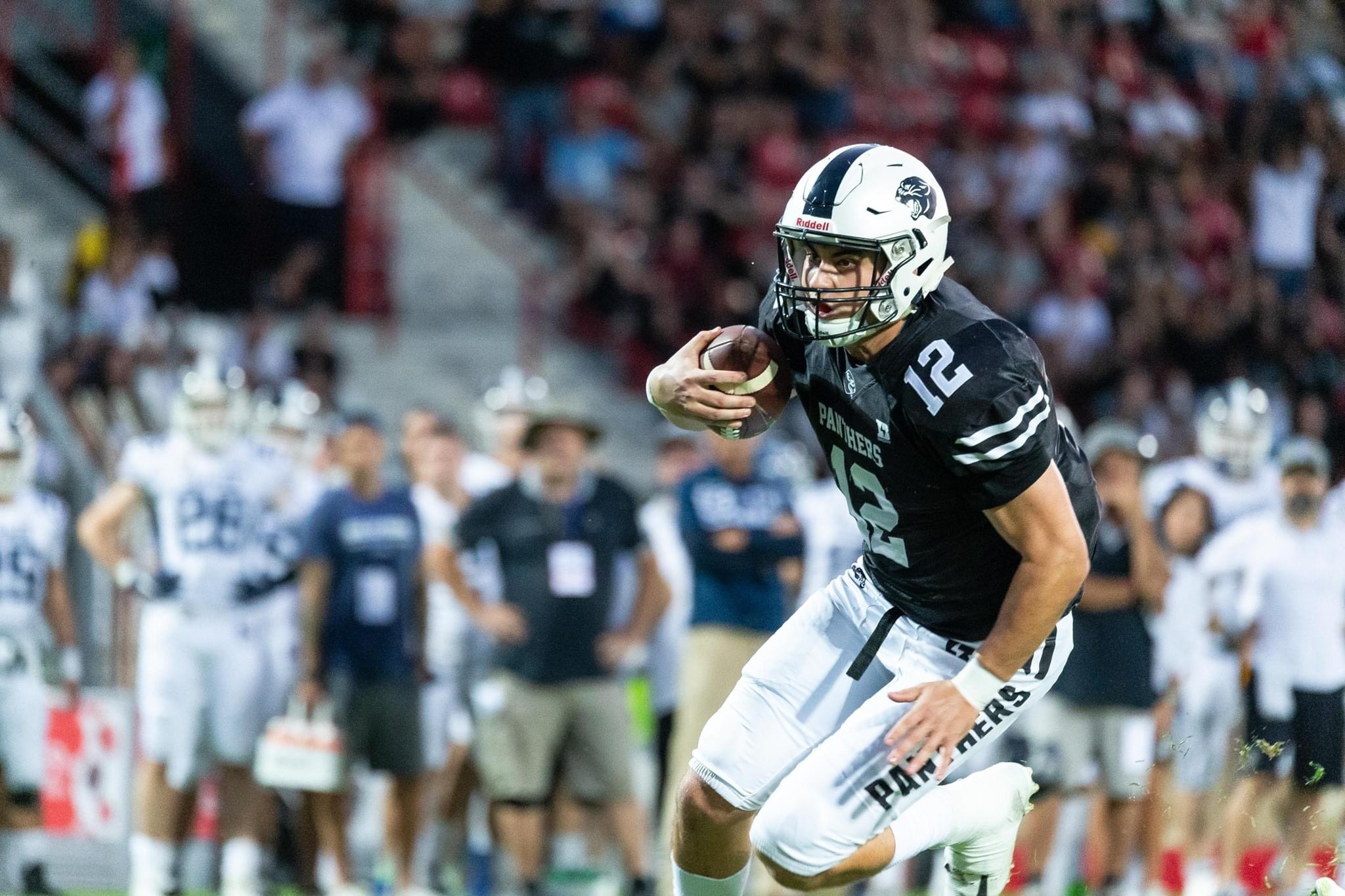 Riley Hennessey at his time with the Parma Panthers. © Giulio Busi

The Stuttgart Surge have their quarterback! Italian-American Reilly Hennessey signs with the Stuttgart Surge for the upcoming season. The playmaker most recently played for his current head coach Jordan Neuman with the Schwäbisch Hall Unicorns in the GFL, and previously played for the Parma Panthers from 2019 to 2021 in the Italian Football League.

Jordan Neuman said of Hennessey 2021 that he was "one of the top quarterbacks in Europe." With the Unicorns, the 2022 provided 2088 yards and 27 touchdowns with seven interceptions in 11 games. His 72.9 percent of passes completed were top in the German league. Reason enough for the Surge to sign Hennessey to the best league in Europe.

"I am very pleased that I can continue to work with Coach Neuman and I am also looking forward to all the new coaches and teammates who will be part of this great challenge. I am as motivated as ever and very thankful for the chance to reaffirm those people who rightly believe in me," said Hennessey about his signing.

Born and raised in the US

The 1,90 m, 100 kg quarterback played at Eastern Washington and Central Washington University, where he set several records. With the Unicorns, he won the German championship without losing a game during the season.