The Stuttgart Surge seem to be at the crossroads: Will the season continue to develop positively or will the rollercoaster continue? 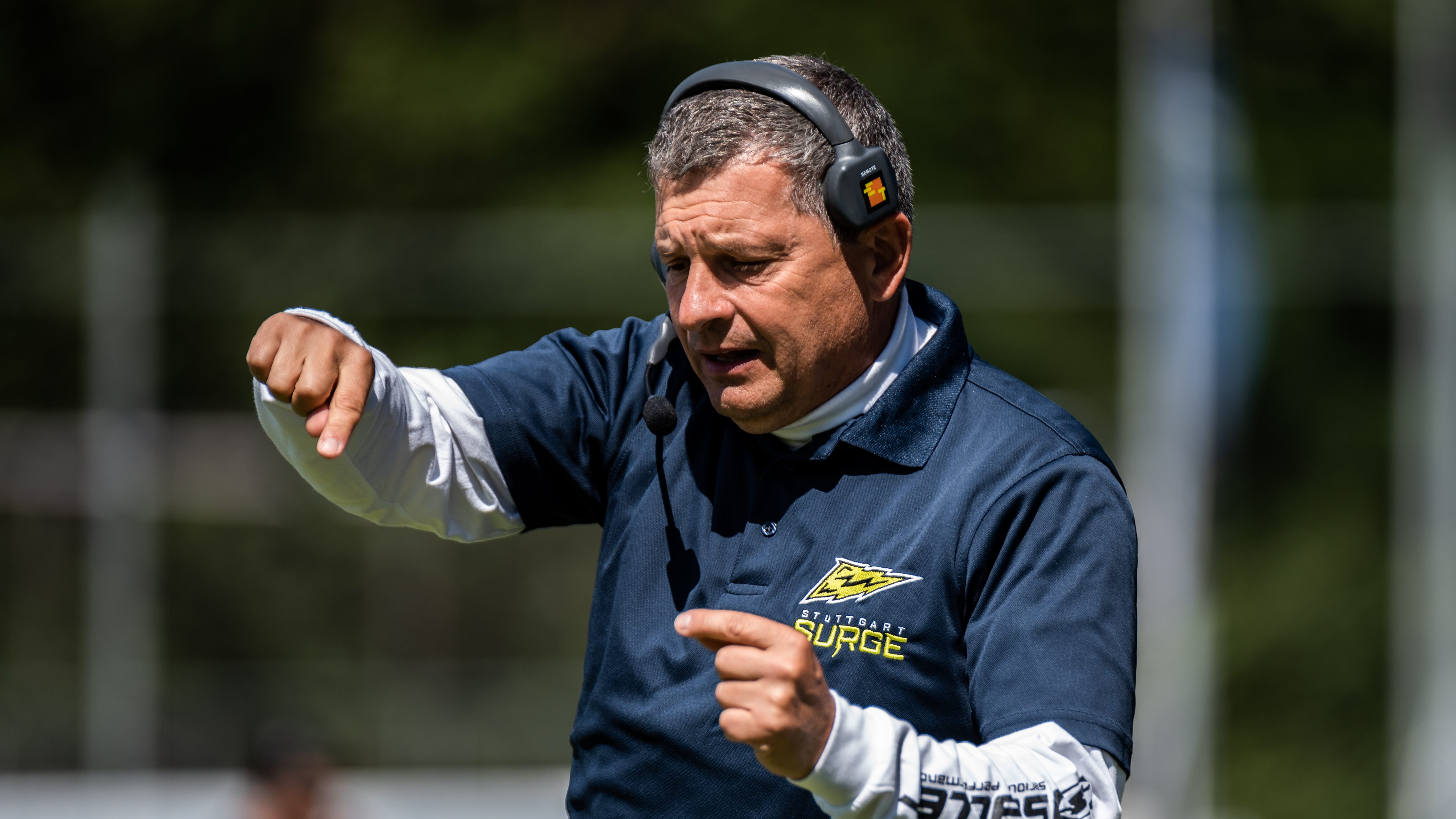 The Stuttgart Surge seem to have found a solution at quarterback in Dante Vandeven. However, four interceptions against the Galaxy spoke a different language. Martin Hanselmann would have wished for a different result: "I would have been satisfied with one interception less and a win. But in the end, Dante only had four real practice sessions," said Head Coach Hanselmann.

Players pulling the others along

This week against the Panthers, things look different. During the week the Surge have strengthened their roster with receiver Idriss Ramky and also other newcomers such as Jalen Conwell stand out positively.

‍
"Dante [Vandeven] and Jalen [Conwell] are contributing positively, pulling the other players along. Everyone here in Stuttgart is working hard to turn the record around. Idriss [Ramky] also brings everything we want and will positively change our game."

When asked about the Panthers' weaknesses, Hanselmann calmly replies, "The Panthers have no weaknesses, they play very solid and have a good front seven. Although they have released their running back, they will still find someone to play." One thing stands out, however, according to Hanselmann. "There is no standout, such as Jakeb Sullivan, in Frankfurt, for the Panthers."

Will they stop the Panthers?

The extent to which the Surge will  stop wide receiver Malik Stanley, currently at 565 receiving yards and seven receiving touchdowns, remains to be seen. Panthers playmaker Jakub Mazan is on the rise, as well. The defense of the Surge looked much more solid against the Galaxy. For the Panthers, it's about not losing touch with the Northern Conference leaders. For the Surge, it's about honor.