Lucky grab in the offense! 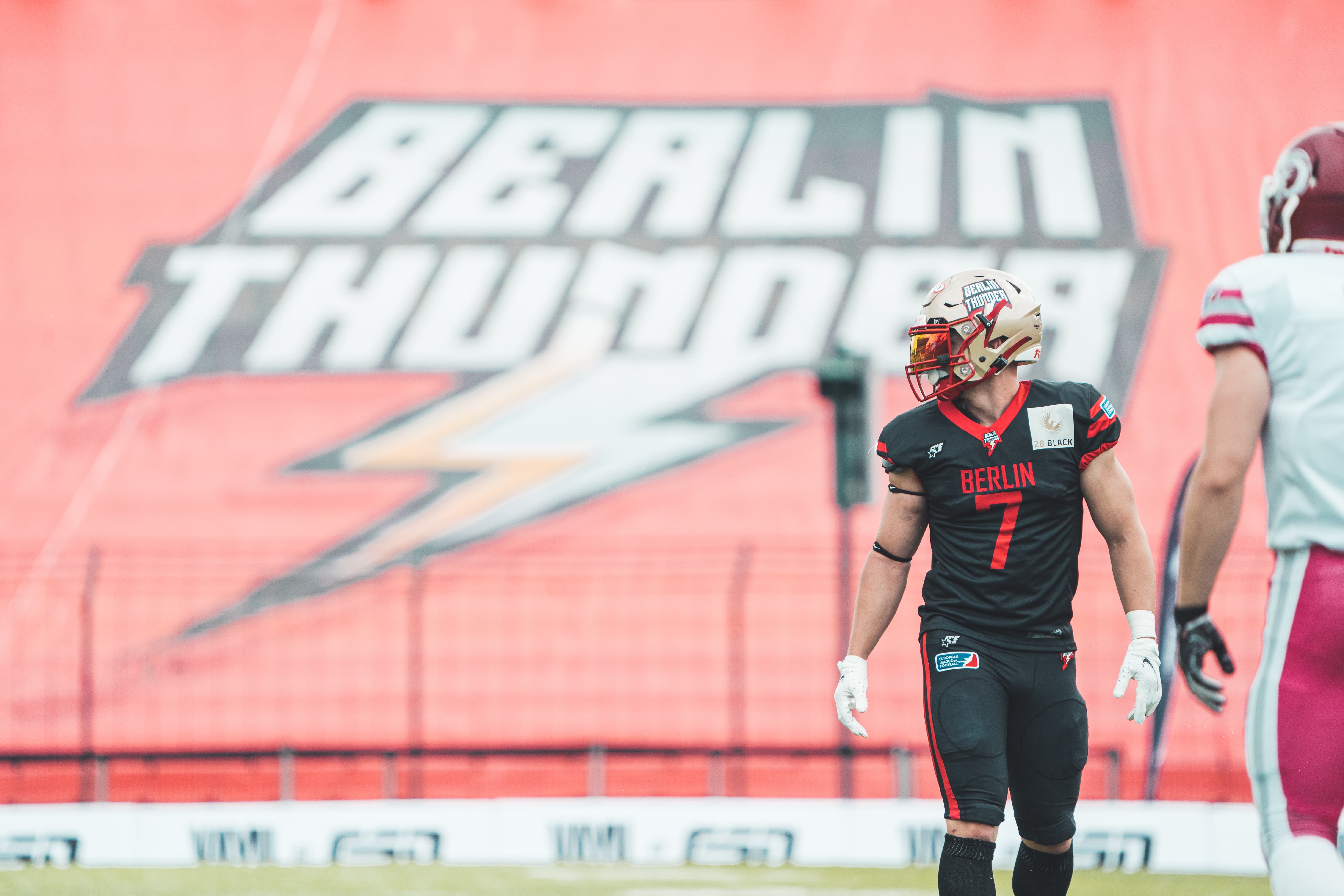 As Berlin Thunder announced on Thursday noon, wide receiver Robin Wilzeck, after Kyle Kitchens, will be the next player who will also play next season in the German capital. The crowd favorite and record-setting receiver put many cornerbacks into a blender last season and was quarterback Joe Germinerio's favorite target. Wilzeck provides consistency for 2023 in the Thunder's wide receiver room and could be one of the league's best receivers in 2023 as well. While he had 719 receiving yards and seven touchdowns in just 24 receptions when he was banged up, he could hit top form with an even more solid offense in his second year. The young German skill position player is an excellent route runner and receiver. Possibly the best nationally in his category.