While the European League of Football already focuses on Sunday already, the Saturday game brings clearance in some topics. We had the first kick-off return touchdown as well as upcoming stars. 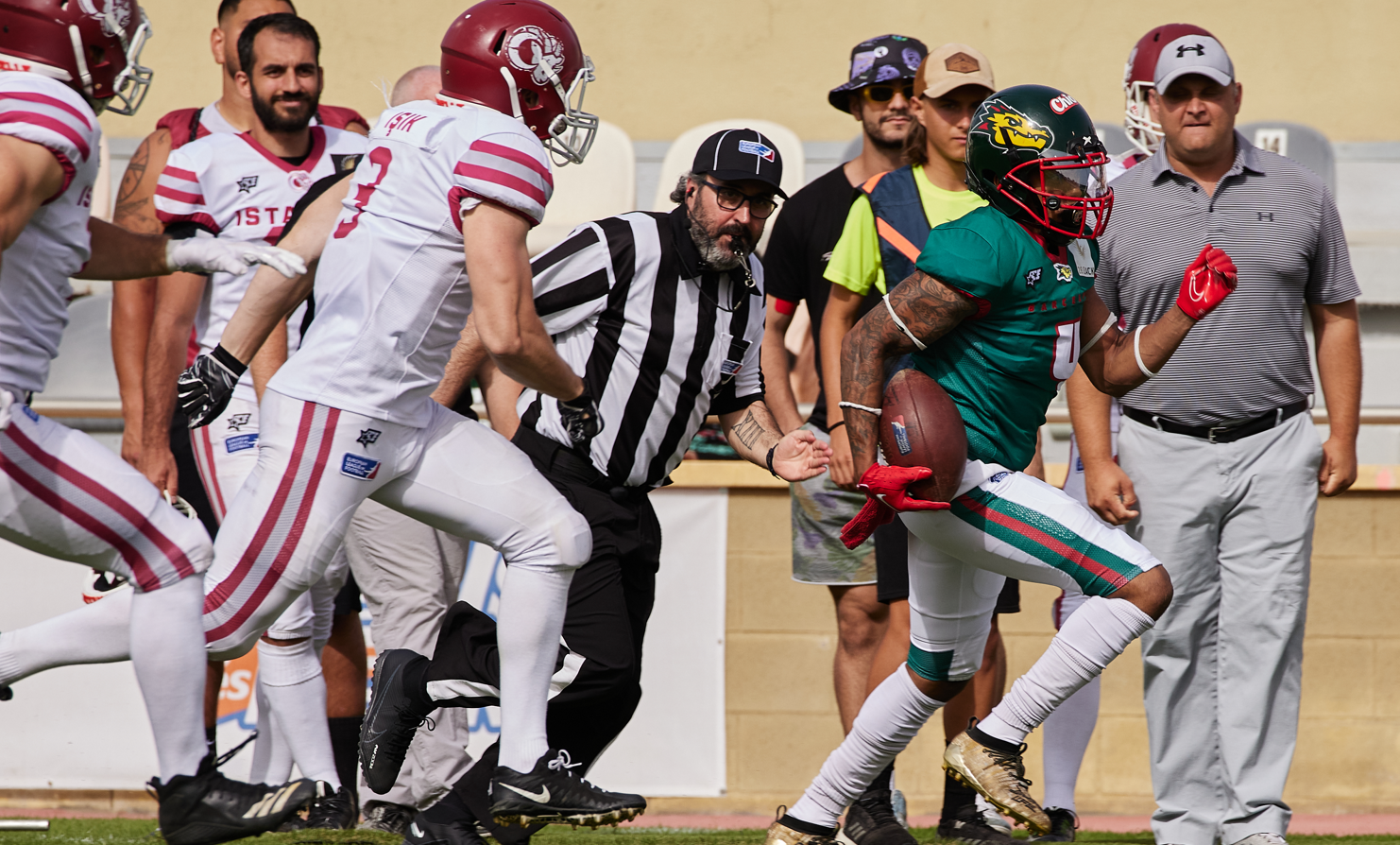 Moll setting the tone for the game on the first kick-off return. © Eric Ribé

It was a bounceback and feelgood game for the Thunder in all aspects. While the Centurions had to take the next defeat after the high flight, almost all players got their money's worth at Berlin today. From the beginning, both the defense and the offense of the Thunder showed their strength. The rungame ran over Jocques Crawford. With a 2-back set, including De Pauli as a fullback, the offense managed to overrun the Centurions' defense. The Berlin touchdowns were scored by Joe Germinerio, with a pass to Yannis Binner, Jocques Crawford, Kyle Kitchens after a fumble recovery touchdown and Albert Wiesigstrauch with the first kick return touchdown of the European League of Football season with the new kick-off rules.

Schenderlein, possibly the league's best kicker, put another two field goals between the posts and hit all four PATs. It was another pitch-black day for the Centurions. Only Weinreich was able to provide relief with 224 yards. Still, Cologne struggled with many mistakes and drops by receivers, including Quinten Pounds. Defensive End Kyle Kitchens, Ludvig Myren and middle linebacker David Izinyon caused a total of seven sacks against Weinreich. Defensively, Cologne often just had to watch, conceding over 34 points in every game so far this season. A bad 7-34 loss. When you look at the big task against Rhein Fire next week, the Centurions should be concerned. Thunder, on the other hand, seem to have found their rhythm.

A Southern Conference duel that was almost decided in advance. While the Barcelona Dragons felt very comfortable at home, the Rams were partly overwhelmed. Zach Edwards spread the ball around to his receivers, setting up his receivers well with touchdowns to Plu, Flores and, who else, Kyle Sweet. On the other side, Darius Lewis was often used as a receiver and running back for the Rams after Conwell was also ineligible on IR. Jared Stegman again briefly showed signs of leadership, but then also stood out for inconsistency. Even a strip sack of the Turks by Marcus Tulio Lucas could not provide a momentum switch. Jimenez was also involved more often in the backfield of the Dragons and with 81 yards and a touchdown he was also involved in the approximate success of the Catalans. U.S. receiver Devin Heckstall was once again the Rams' showpiece with 120 yards and a touchdown, but could not single-handedly bring the ship into port in this 7-41 loss.