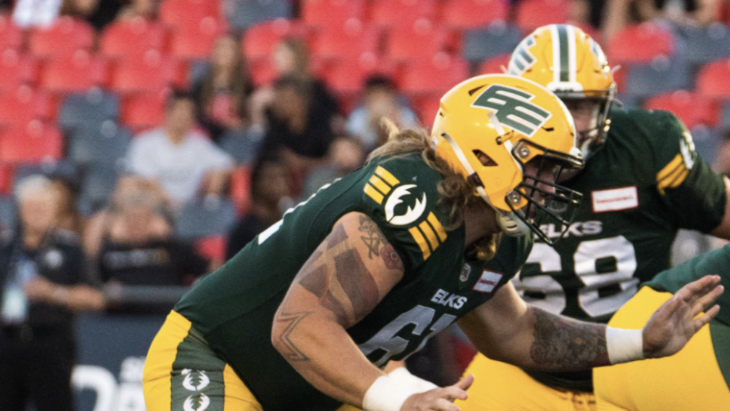 Steven Nielsen playing for the Edmonton Elks in the CFL. © Brent Stephen

The Raiders Tirol have signed Danish offensive lineman Steven Nielsen to their roster for the 2023 season in the European League of Football! The American football player has played for the La Lumiere High School and then advanced to play for Eastern Michigan from 2016 to 2019.

After his career at the Division I level, Nielsen signed with the Jacksonville Jaguars to be part of their practice squad in 2020.  He then played for the Edmonton Elks in the CFL and now returns to Europe where he will suit up for the Raiders in Austria!

Head coach Kevin Herron stated that he is more than excited to welcome Nielsen back to Europe and to have him on his team, per the team’s press release. “I am very excited that Steven [Nielsen] decided to leave the CFL to play for Tirol,” Herron commented. “With his CFL and college experience, he will help us to keep our next quarterback healthy”.

"I am super excited"

More news around the European League of Football HERe!